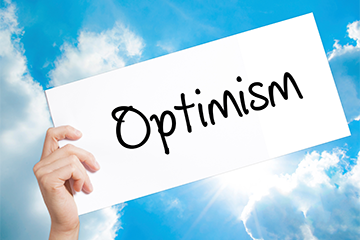 Sponsor and CRO acceptance of site input drives site satisfaction, according to a new study that shows sites are three or four times more likely to have a positive view of clinical trials’ future if their sponsors/CROs are open to feedback. But most still have concerns they would like to have addressed.

Nearly 80 percent of the 205 site responses to a survey conducted by the Tufts Center for the Study of Drug Development (CSDD) said they were either highly or somewhat optimistic about the operation of clinical trials over that same time period. At the same time, 70 percent of respondents said trials have grown more difficult over the past five years. Many longstanding critical issues have gone unresolved by sponsors/CROs, they indicated.

The level of optimism differed by staff role, with administrative employees slightly more optimistic than clinical staff. But despite the encouraging result, sites say there are still a number of problems they want addressed sooner rather than later.

“I think what they’re really saying is that a lot of the issues they’ve articulated for a long time are still the most prevalent and pervasive concerns and challenges they encounter,” Ken Getz, executive director of CSDD, told CenterWatch Weekly. “A lot of the sort of short-term operating conditions have yet to change. Sites may occasionally be involved in a relationship that could be defined as a best practice, but these are isolated experiences.”

“The feedback that we received really points to very concrete and practical areas that sponsors and CROs need to focus on in the short-term to more effectively support investigative sites,” Getz said. “The perennial, more chronic concerns that sites have been expressing for decades are still the most pervasive challenges that sites are asking sponsors and their collaborators to fix.”

It’s important to note that the survey focused on community sites and investigators working in academic settings or hospitals, a group that engages in more part-time research but accounts for most of the site landscape, Getz said. Rather than focus on high-volume site networks as surveys often do, Tufts gathered insights mainly from part-time community sites, research offices in clinical care settings and low-volume dedicated sites that often get less attention.

Surprisingly to Getz, implementation of new technologies was not named by a large number of sites as a problem area, a sign that the lower-volume demographic of sites is capable of accommodating and adapting to new solutions. It could also be that, compared to sites with larger portfolios, these sites don’t face as much technology and still run more traditional trials.

“This is a group that tends to be less sophisticated in terms of infrastructure. They’re not as close to a lot of the really transformative innovations and solutions that are being piloted,” he said. “They’re pretty much boots on the ground, managing a lot of the trial activity, and it hasn’t changed that much.

Respondents also elaborated on what sponsors need to give attention to in order to ensure site operating viability, naming budgets that reflect true work efforts as the top item, followed by better qualified CRAs/study monitors and simplified protocols. Increased help on patient recruitment/retention and the solicitation of site feedback were also named as important areas for sponsors to tackle.

This latter item — sponsors gathering site input — was named as an essential component of operating viability by 61 percent of independent sites compared to 44 percent of integrated sites.

Tellingly, the study findings tie optimism strongly to the level that site staff feel sponsors and CROs gather and use their feedback on trial design, planning and execution — and this is perhaps its biggest takeaway as industry moves into 2023, considering the importance that’s been placed on site-sponsor communication in the past. While sites don’t expect their suggestions and complaints to always result in changes, it appears that sponsors and CROs still have a long way to go on engaging sites properly and making them feel truly part of the team.

“It’s really a very strong message from sites that the quality of their relationship with the sponsor/CRO, the value that they feel in their relationship, and the fact their input is valued and considered, are really the most important characteristics that contribute to site morale and site performance success,” Getz said. “The site wants to know their input was heard and considered. That’s just an important part of feeling like you’re a partner in the process. Sites are saying here that they want to be a valued collaborator in their engagement. That’s a pretty powerful message.”

Survey respondents were mainly based in North America (69 percent), with a smaller fraction in Europe (16 percent) and elsewhere (15 percent), and belonged primarily to integrated clinical care/research sites (81 percent), with dedicated sites/site networks comprising 19 percent of the responses. Two-thirds of respondents were clinical staff (principal investigators and study coordinators) while one-third were administrative employees (operations managers, financial administrators and site managers).