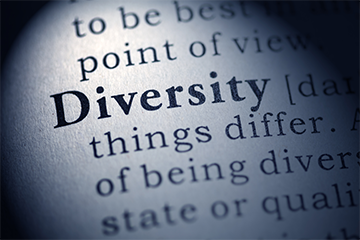 Community engagement is a must-have component of virtually any diversity, equity and inclusion (DE&I) program, and one academic research center has pioneered a program that brings its community’s culture into its clinical trials.

Facing a dire need for greater diversity in its trials, Yale School of Medicine developed a community outreach approach that has paid off in increased minority participation and a rapidly expanding research portfolio.

Until 2010, people of color comprised about 2 percent of the institution’s total trial participants, according to Tesheia Johnson, director for clinical research for Yale School of Medicine and deputy director/chief operating officer of Yale Center for Clinical Investigation. To turn the situation around, Yale developed an initiative that brings community leaders deep into the fold on research and engagement — the Cultural Ambassadors Program.

This initiative, which started with conversations with local leaders from the African Methodist Episcopal (AME) Zion churches and other community groups in Connecticut, including the Latino nonprofit group Junta for Progressive Action, puts trained, trusted community figures in positions to engage with the local population as “cultural ambassadors” for Yale’s clinical research endeavors, Johnson said.

Community representatives chosen to take part in the program must undergo a minimum 40 hours of training on trial conduct, participant protections and the importance of research, with most ending up accruing 300-plus hours, says Johnson. They are also required to obtain certification as community health workers from the Connecticut State Department of Public Health. Once trained and certified, their goal is to build trust with underrepresented groups, inform them about trial opportunities, educate them on the benefits of clinical research and overcome longstanding myths.

Rev. Leroy Perry, pastor of St. Stephens AME Zion Church in Branford, Conn., and a founding member of the program, says focus group discussions identified mistrust as a critical and common barrier, making it imperative that the program’s ambassadors were both trusted community members and educated on health disparities and the value of clinical research.

For instance, Perry was initially unaware that minorities were disproportionately impacted by asthma, prostate cancer, breast cancer and cancer in general compared to other races.

For AME Zion, community engagement involves social events such as “outreach in the park,” which features food, ice cream, dancing and, equally important, Yale doctors and researchers that people can come and meet. But beyond frequent ventures into the community to dispel misbeliefs and explain what clinical research is, ambassadors also serve a critical role in helping Yale faculty craft recruitment strategies and plans, such as by providing input on inclusion/exclusion criteria, and ensure research is relevant to the community.

It’s led to some highly innovative approaches, such as a radio show that features trial participants, researchers and clinicians, as well as a quarterly cultural ambassador community newsletter. Importantly, the newsletter presents readers with trial opportunities, profiles of cultural ambassadors, educational health content and opportunities for young students to get involved in healthcare, among other items.

The cultural ambassador program has even been recognized outside of the clinical research sphere, with two Yale School of Medicine doctors receiving an Emmy award in 2022 for their involvement in an episode of a weekly Telemundo TV program, Tu Salud Tu Familia, a show designed to educate the Latino community about a range of health topics, including the benefits of trial participation.

Overall, the program has been “tremendously effective,” says Perry, so much so that pharma companies have come knocking to learn more about the initiative. The FDA even got involved through a partnership in 2021 to advance the program and improve diversity in the health professional and scientific workforce.

Since the program’s inception, there’s been a drastic, positive change in both the diversity of Yale’s trial populations and the education of its surrounding communities, as well as reduced alienation between researchers and the local population, all thanks to the work of the cultural ambassadors. Since 2016, trials in which ambassadors were directly engaged and involved saw 61 percent of their total participants come from minority groups, and in 2022, individuals from underrepresented groups comprised more than one-third of total trial participants.

“We’ve now identified [that] 8 percent of our total new patient population comes to our health center to participate in research; we have grown our research portfolio 950 percent since we started this program,” Johnson said. “It’s advanced our entire research spectrum. We know that these approaches of directly engaging the community, having the community involved as a true partner, have changed the face of clinical research at Yale.”