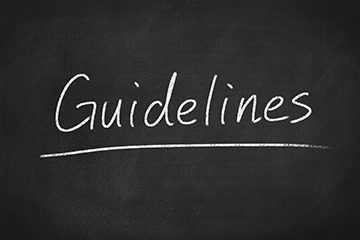 An international group dedicated to fostering more complete, higher-quality trial protocols has released new guidelines that recommend nine characteristics of effective trial outcome reporting that can be applied to protocols regardless of a trial’s design or population.

According to the group, Standard Protocol Items: Recommendations for Interventional Trials (SPIRIT), recommendations for reporting the selection, assessment and analyses of trial outcomes in protocols are “diverse, inconsistent and dispersed across a large number of documents.”

To address this issue, the new guidelines — published in JAMA — are intended to serve as a harmonized, evidence-based outcome reporting standard and checklist to be used alongside the group’s previous 33-item standard protocol checklist published in 2013.

The nine recommendations for outcome reporting are:

The 26-person team behind the guidelines, from institutions across the U.S., Canada, the UK, the Netherlands and Australia, believe that adhering to the new recommendations can enhance the transparency, utility and replicability of trials and help keep the selective nonreporting of findings to a minimum.

“Complete reporting of outcome-specific information in trial protocols is important for obtaining ethical and regulatory approvals and ensuring the trial is conducted in accordance with predetermined aims and methods,” the authors wrote. “Application of these new checklist items,” they said, “in conjunction with [the 2013 checklist], ensures trial outcomes will be comprehensively defined prospectively in trial protocols and reported in trial reports.”

The group initially worked with 108 recommendations for outcome-specific reporting, sourcing them from expert consultations, and used a survey and additional evaluations to narrow the field to nine.

Although the group has previously released guidelines for the inclusion of patient-reported outcomes in protocols, there has not yet been a guideline for outcome-specific information that applies to all systematically gathered outcome types, trial designs and participant populations, SPIRIT says.

In the view of Nathaniel Katz, chief science officer for WCG Analgesic Solutions and a leading expert in designing pain intervention trials, most of the guidelines’ recommendations will already be found in the protocols of experienced sponsors, but it’s still valuable to have a standard. Katz says the guidelines’ distinction between within-patient minimum clinically important change and between-patient minimum clinically important difference, a frequently confused issue, is especially valuable, but he isn’t without a few criticisms.

The guidelines oversimplify the notion of specifying a minimum clinically important difference, Katz told CenterWatch Weekly. No consensus has been reached on what constitutes this difference, at least in pain research, he says, but more importantly, a standard cannot be defined in this area due to factors beyond efficacy that come into play.

“It’s pretty clear that no such standard can be specified because it depends on contextual factors outside the measurement of efficacy, such as the safety of the treatment, available alternatives, cost, etc., Katz said. “Nonetheless, I think these guidelines advance the cause by asking people to at least explain why they chose a certain difference to power the study to ensure this received some rational thought.”

The guidelines’ biggest flaw, he believes, is that they have no requirement for reporting the methods trials employ to ensure data quality/reliability. The guidelines are dated by a few years in this regard, considering the push in recent years, at the behest of the International Council for Harmonization (ICH) to introduce methods for using central statistical monitoring and other tools to ensure the reliability of trial findings.

Reporting of methods should be included, Katz said. “There is no point in picking an awesome outcome measure, for example, if nothing is done to ensure it is implemented in a quality-controlled manner in each study. These measures don’t take care of themselves,” he said.