Home » Enrollment, Staffing Continue Decline, but Sites May See Some Workload Relief in 2023

Enrollment, Staffing Continue Decline, but Sites May See Some Workload Relief in 2023 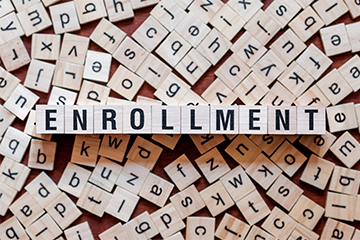 A look back at the clinical trials landscape in 2022 shows that although record high levels of resignations, increasing scarcity of investigators and declining enrollment rates are slated to continue into 2023, the rate of trial starts appears to be stabilizing somewhat, giving sites a chance to possibly catch their breath in the new year.

In 2021, sites were faced with a flood of trial activity as the industry tried to catch up with research that had been paused or postponed due to COVID-19, but this wave of trials has begun to subside in the past few months, says Suzanne Caruso, WCG Clinical senior vice president of insights and analytics. This is welcome news for sites, who have had to contend with incredible workloads while often being understaffed and continually at risk of losing experienced employees.

Now, for the first time in several years, more trials are wrapping up than new trials starting, Caruso told attendees at the final webinar in WCG’s 10-part series on the future of clinical research sites.

“This is a really interesting time. It’s the first time I am seeing in the data that more studies are closing than are opening,” Caruso said. “That wave of trials that started post-COVID in 2021 is starting to close out, and that was such a bolus of work. That’s why we see the number of active trials decreasing. This hopefully will give breathing room [in 2023] to sites that have been under tremendous pressure.”

The financial market has changed significantly as 2022 comes to a close, she added, with many sponsors condensing and cutting down their portfolios. And the number of unique small- and mid-size sponsors kicking off trials in at least one U.S. site dropped 8 to 9 percent from January through November of this year compared to the same time in 2021. Globally, the decrease is even more pronounced in small sponsors (16 percent decrease), while mid-size sponsors have seen a 5 percent decrease, according to WCG Knowledge Base data.

The bad news? The rate of voluntary resignations in the healthcare sector isn’t projected to decrease any time soon. Data show there is still a very high number of people leaving their jobs, whether that’s to go to other employers within the space or other industries altogether, leaving new hires with a lot to catch up on, said Caruso. This will continue to have a significant impact on enrollment efforts as sites bring new staff up to speed.

The dwindling number of U.S. investigators, too, is concerning, though it’s far from a new issue. This year saw a massive drop in the number of unique investigators, going from 13,851 in 2021 to a record low of 8,041 as of September 2022 and continuing a downward trajectory from 2018 (which, by contrast, saw 17,880 investigators participating in clinical research).

Caruso believes the number of U.S.-based investigators will increase before the year is up — perhaps up to 10,000 — but she doesn’t expect it to equal the amount of investigators taking part in trials last year. Like their sites, investigators face huge workloads, and this is likely to continue the burnout that’s already been seen for many years.

It’s no shock that these issues, in combination with the growing complexity of trials, have made enrollment even more challenging. Enrollment rates continue to decrease, according to WCG data, with a 16 percent decline from first quarter to second quarter and a particularly large drop observed in the third quarter of 2022.

Specifically, the metric of patients per site per month (PPSPM) — the average monthly rate of patient enrollment per site based on actual accrual, number of sites and length of enrollment — dropped from approximately 0.7 in the first quarter to 0.3 in the third. 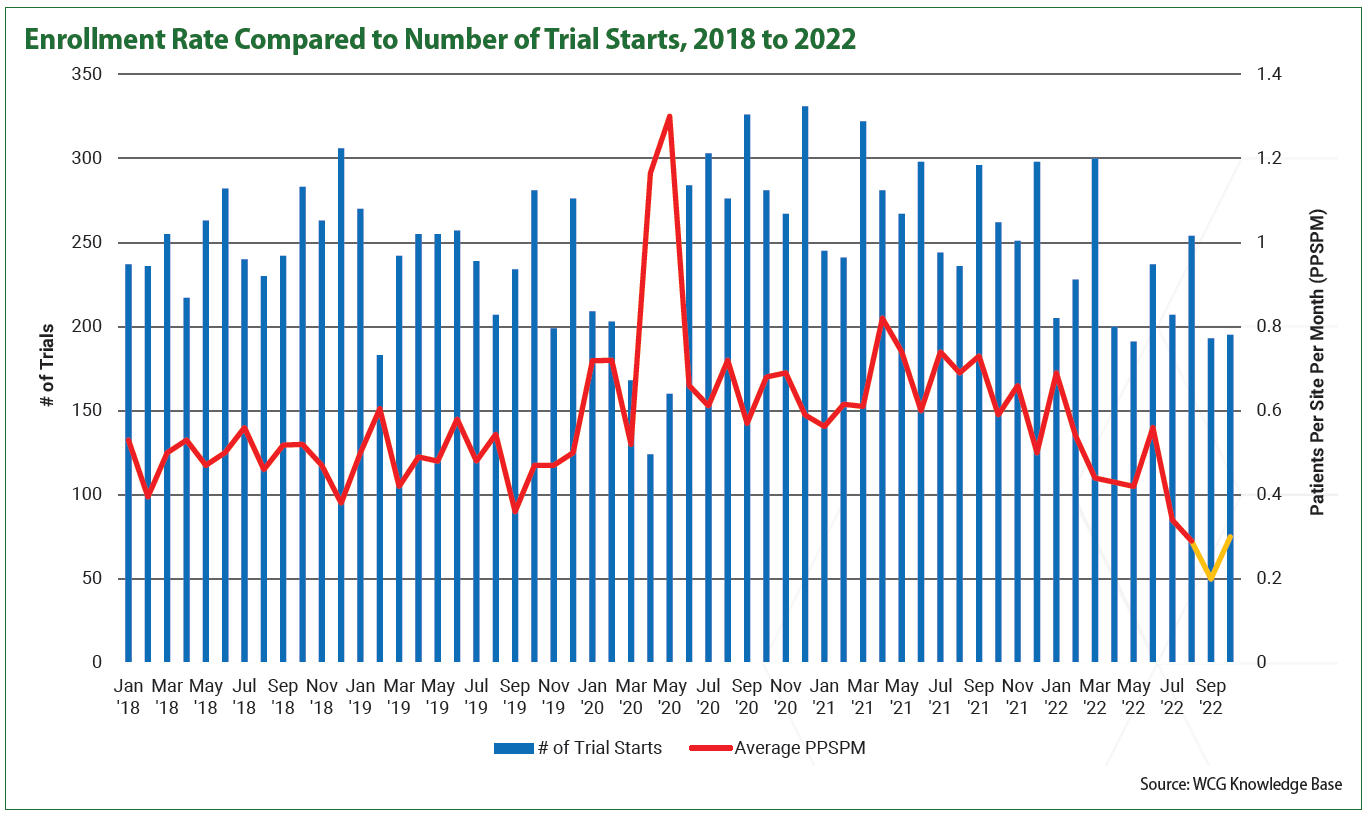 In the view of Ryan Jones, cofounder and CEO of Florence Healthcare, 2022 was the year that site enrollment made a pivotal, permanent shift, attributing this change to a rise in precision therapies that has narrowed the pool of potential participants and the focus on diversity, equity and inclusion that makes recruitment a taller order.

In an effort to keep up with these areas of focus and the increasing complexity of trials, sponsors’ models of site selection have evolved. Sponsors added “frontier sites” in underrepresented communities more aggressively than ever this year as well as adopting decentralized trial (DCT) methods to expand access.

The unintended ramifications of this, he says, are inconsistencies across sites, a rise in risk at both new frontier sites and traditional sites, and a huge impact on trial monitoring.

“It actually crippled the traditional monitoring model,” Jones said. “You can’t send a CRA out to a site that only has one or two patients. You really need patient density in order to support the traditional model.”

Sites got smaller and more targeted, he said, adding that “sponsors that are late to react to those changing dynamics will ultimately be left behind. Sponsors who don’t figure this out will be passed over for those who do.”

WCG’s series, which was attended by more than 11,000 trial professionals, including representatives from 3,000 sites, featured a number of polls across its 10 webinars. Attendees named staffing, fast and efficient trial opening and trial complexity as the top three challenges they anticipate in 2023.