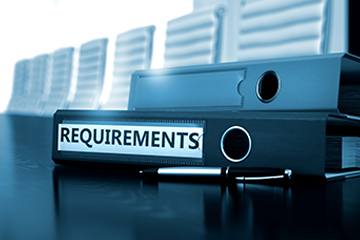 It’s been widely agreed that technology is the greatest hurdle sites face in implementing decentralized trial (DCT) components, but a recent think tank discussion has unveiled a new revelation: sites are now naming unclear regulatory requirements as the top barrier they face as DCTs continue to take form.

The think tank, convened in October by the Association of Clinical Research Professionals (ACRP) and funded by Advanced Clinical, Medable and Syneos Health, involved 42 representatives from across the clinical research industry, including sites, CROs, academic research groups, pharma companies, regulatory agencies and healthcare providers, who met to discuss the implementation of DCTs at the site level.

Regulatory requirements for DCTs were named as sites’ top barrier in a poll held during the meeting, with attendees agreeing there’s a critical need for international, unified guidance laying out who is responsible for overseeing the remote methodologies of these trials.

Sites have questions and concerns about compliance with DCTs in large part because DCTs are relatively new and formal FDA guidance on the subject is limited, says David Forster, WCG Clinical chief compliance officer, though he notes a “rather thin” August 2021 final guidance on conducting trials during the COVID-19 pandemic that offers some direction (CenterWatch Weekly, Sept. 6, 2021).

Concerns have been raised recently about vendor oversight, for instance, primarily around principal investigators (PI) being responsible for DCT elements they can’t control (such as the conduct of home health nurses they did not select themselves and do not supervise). In another example, some research professionals may be unclear on the requirements for carrying out electronic informed consent remotely. Think tank members believe it is critical for regulators to offer clarity, especially in the realm of home health providers, in future guidance.

There are a number of important topics that need alignment across industry stakeholders, site reps stressed during the meeting, including how data should flow from DCTs (directly to the sponsor or through the PI?), what the global expectations are for DCTs, what the roles and responsibilities are for DCT components, and who accepts liability for a DCT, especially when it comes to PI oversight.

“PIs and sites are expressing confusion and concern about the PI role when it comes to responsibility and accountability for third-party vendors,” says Susan Landis, executive director of ACRP. “Today, guidance from the FDA cites the PI as having authority in the selection of support, from staff to tasks,” Landis told CenterWatch Weekly, adding that “most sponsor contracts don’t follow such practice for operationalizing DCTs.”

“The responsibilities of PIs need to be addressed in guidance for DCT models,” she said.

ACRP has established a working group to address this lack of regulatory clarity at the site operational level, Landis said. The group will examine existing federal guidance on research conduct and offer recommendations for making DCT adoption easier on sites and push for standards of excellence for site implementation. It also will consider how to implement DCT components in complex global trials, an area in need of alignment among regulatory agencies.

The International Council for Harmonization (ICH) also should explicitly address how to ensure sponsor and investigator controls for different DCT methodologies in the upcoming third revision of ICH E6, the guideline for good clinical practice, says Christian Born Djurhuus, owner
of Copenhagen, Denmark-based Djurhuus Consulting. Doing this would be a big step toward trailblazing DCTs, Djurhuus says.

ACRP has also convened working groups to address two other issues raised by sites, Landis said: the inflexibility of the current budget model and the lack of a standardized process for incorporating DCT components into research.

The former will see collaboration between sites, sponsors and CROs on updating trial budget models to reflect DCTs and their true costs, ensuring that budgets are discussed as soon as possible during DCT planning and raising overall awareness of changes that need to be made to budget models. The latter will seek to establish a process for onboarding a DCT, including questions to ask when developing a DCT, responsibilities and accountability, site standard operating procedures for capturing data and DCT risk assessments.

In addition to the work of the think tank, an ACRP survey published recently found surprisingly limited DCT uptake amongst sites and slower speeds on various trial activities at sites that use DCT methods consistently.

Nearly half of the 291 site respondents (41 percent) said they had no trials using DCT methods while most of the remainder said just 1 to 25 percent of their trials used DCT measures (47 percent). The findings showed that sites using DCT elements were more occupied dealing with trial delivery activities than those that didn’t.

“Sponsors and sites must align on operational expectations,” Landis stressed, “for the benefit of accelerated novel design methodologies and, above all else, improved patient health outcomes.”

According to data gathered by WCG, the number of trials using DCT components (COVID-19 trials not included) has seen a mostly steady increase year over year from 2016 on. However, as 2022 nears its end, Suzanne Caruso, WCG’s senior vice president of insights and analytics, notes a slight dip in the number of trials with DCT elements and a significant decrease in the number of patients taking part in them. She attributes this decrease in participant numbers to smaller studies using DCT components compared to those in 2020. Overall, she expects the use of DCT components to end the year mostly flat from 2021
to 2022.