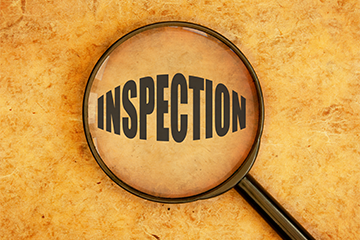 FDA inspections have been heavily focused on sponsor, CRO and site outsourcing activities since the Bioresearch Monitoring (BIMO) Program revised its manual for inspection processes in September 2021.

Outsourcing was given its own section in the BIMO manual for the first time, signaling the concerns the agency has about how the trial industry is working with third parties to provide clinical trial services and products, according to Karen Harvey, senior director of WCG Avoca Quality Consortium (AQC). AQC is a collaboration of sites, sponsors, CROs, service providers and other groups that work together to engage on trial quality improvement.

The agency is taking this seriously, she said, sharing the experiences and insights of AQC members. FDA has scrutinized sponsors and CROs so heavily in this area, virtually all AQC members were asked for the written agreements for their critical outsourced services during inspections conducted after the FDA issued its BIMO update last year. If AQC members’ experiences are any indication, sponsors should be prepared to field agency requests for documentation related to vendors — but the extent of this request will vary.

“Some reported that FDA requested all versions of all written agreements for all vendors from beginning of [the] study to current, along with scopes of working contracts to assess if there were any gaps and confirm alignment between documents. Some reported they only had to provide the most current versions,” she said. “In our current clinical trial landscape, I think this [BIMO manual update] acknowledges the importance of sponsor oversight while acknowledging the complexity of managing lots of vendors.”

In line with this, FDA is also asking for documentation related to CROs during inspections, Harvey says. This includes:

The latter item, for example, was an area of focus during many AQC members’ inspections and included requests for meeting minutes. It can be easy to lose track of minutes when there are so many meetings, said Harvey, but those involved should be prepared to produce documentation. Nearly all AQC members were told to provide meeting minutes, and some were surprised at the depth of discussion FDA investigators went into on these.

Harvey urged sponsors to avoid the impulse to combine meeting minutes across trials, and instead document them separately. Keeping them separate can mean not having to take the time to redact a lengthy all-in-one meeting record down to one specifically requested by an investigator.

For protocol deviations, AQC members report that investigators want to know how they were communicated, to whom and in what timeframe. They are also looking to see if sponsors have escalation plans and accompanying documentation.

In addition to outsourcing-related information, Harvey said to expect the agency to now request point-of-contact information for all vendors, including their names, phone numbers and e-mail addresses.

FDA investigators are also seeking lists of sites that underwent clinical investigator changes and accompanying documentation, consortium members say. Upon providing documents that supported their rationale for freezing sites or taking sites off hold, the agency was generally satisfied and moved on to other inquiries.

Data collection and handling, which saw the most extensive revision to an already existing section in the BIMO manual, is a focal point as well, according to AQC members’ experiences. For example, FDA investigators looked at their data management plans, SOPs and procedures with a focus on critical data, as well as procedures for data modification/correction and the creation of audit trails.

Vendor oversight comes into play in this section as well, Harvey said, with nearly all members reporting that they were asked for a data flow diagram during their inspections — a presentation showing how data flows and what it looks like when it comes in from a vendor. Members said that FDA investigators held onto these charts during the inspection and repeatedly referred to them throughout.

Similarly, many members point to requests for organizational charts, reflecting the BIMO manual update’s addition of a new section on staff responsibilities. The section tasks FDA investigators with confirming that staff have not been given responsibilities they’re unqualified for or shouldn’t be handling, such as blinded staff doing unblinded tasks.

Overall, the update to the BIMO manual and the FDA’s adherence to it haven’t turned inspections upside down, and members note that the key focus areas are basically the same as they were before the update. Instead, the update serves to provide industry with greater clarity on the primary documentation requests to expect during agency inspections.