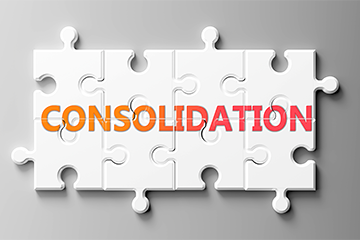 The market for CROs, once only niche providers of trial support services, is at an all-time high as sponsors increasingly outsource their clinical trial activities, leading to record levels of CRO consolidation and growth, according to a new analysis.

A massive, unprecedented single-year growth rate of 17 percent was observed between 2020 and 2021 among the industry’s top CROs, according to an analysis conducted by the Tufts Center for the Study of Drug Development (CSDD). By comparison, these companies saw a respectable — but far smaller — 12 percent growth in total revenue from 2017 to 2021, the analysis found.

That financial growth, along with the record number and size of CRO mergers and acquisitions (M&A) over the past year, is a signal that the sector is coming of age.

“The CRO sector is showing signs of maturing as it consolidates,” the report says. “The CRO market is also experiencing unprecedented demand and growth driven in part by the proliferation of emerging and small biopharmaceutical companies, vertical integration into the broader life science services arena and constant reevaluation by sponsor companies of core competencies and strategic advantages compared to those that they can outsource.”

Driving 2021 as a record year were 13 total M&As, including ICON’s buyout of PRA Health Sciences and Thermo Fisher Scientific’s purchase of PPD, both massive deals of $12 billion and $17.4 billion, respectively. For the 2016-2021 period, between 15 percent and 25 percent of all M&A activity saw large CROs pursue novel or less-traditional capabilities, such as augmented analytics and artificial intelligence, in addition to decentralized trial solutions, read the analysis.

Meanwhile, continued the report, global spending on clinical development is anticipated to climb to an estimated $90 billion in 2022, a 6.7 increase from just five years previous, and contract clinical research services spending is growing at almost three times that of nonoutsourced areas of clinical development spending, 9.8 percent vs. 3.5 percent.

The analysis found that the effects of the pandemic partially contributed to a significant increase in revenue backlog for the top CROs (which went from approximately $45.3 billion in revenue backlog in 2017 to $89.4 billion last year), but despite this, the industry is seeing strong revenue growth and steady profit margins.

“Gross margin has remained relatively constant, despite variability in revenue growth and global operating and economic conditions during the last three years,” the report says.

CROs are also seeing strong growth in hiring and productivity. The report found that the top players staffed a combined total of almost 290,000 people in 2021, up from 213,000 in 2017, and that the number of full-time equivalent positions increased by 12 percent between 2020 and 2021. Historically, the number of employees working in leading CROs has grown by 8 percent annually.

Addressing outsourcing business strategy, the report said that sponsors may use a wide variety of outsourcing models to support their drug development portfolios but noted that the terms and definitions of sourcing strategies have largely stayed static over the past two decades.

Sponsors would benefit from a new outsourcing framework developed by CSDD, ICON and a consortium of pharmaceutical companies, the report says, that differentiates between fully and partially outsourced activities and enables a “more meaningful and granular analysis to compare the performance and value proposition of various outsourcing approaches.” 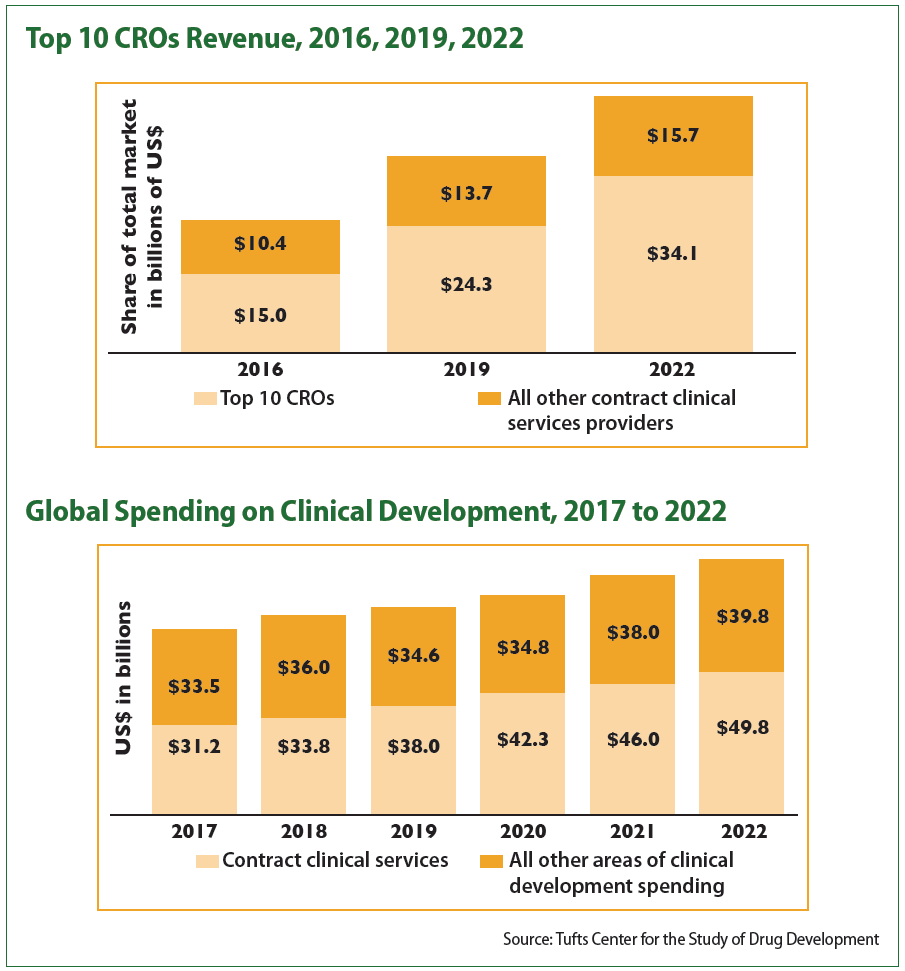