Home » EU Seeing Success in Trial Transparency, but Some Nations Holding Back

EU Seeing Success in Trial Transparency, but Some Nations Holding Back 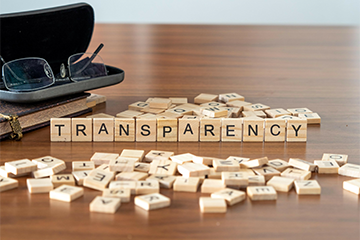 Six EU countries have successfully turned up the heat on sponsors who haven’t shared the findings of their clinical trials, a new analysis finds. But some member states still appear to be making little to no effort on trial transparency, threatening current efforts within the 27-nation trade bloc.

This latest analysis, conducted by a group of nonprofits, including TranspariMED, Health Action International and Transparency International Global Health, looked at EU countries with high levels of trial activity and found that regulators in Austria, Belgium, Denmark, Finland, Germany and the Netherlands have seen “remarkably successful” results from actively pushing negligent sponsors and investigators to publicly share the results of past trials, an enforcement practice that’s picked up momentum.

Members of the trade bloc became responsible for enforcing trial results reporting within their borders earlier this year when the Clinical Trial Regulation (CTR) and Medical Devices Regulation (MDR) and their transparency regulations came into effect. The CTR requires results from trials initiated after January 2022 to be shared publicly within a year of completion, while the MDR brought first-of-its-kind transparency provisions for many new device trials into play.

Direct contact efforts to sponsors by the European Medicines Agency (EMA) has been successful at increasing trial transparency, the report claims. In early 2018, just under half (49.5 percent) of EU trials had shared results as required, prompting the EMA to begin emailing individual investigators when their reports were overdue. Now — and even without the legal rights to fine sponsors at the time — reporting has skyrocketed, with 83.6 percent of due trials reporting results across Europe as of July, the analysis found.

“Without transparency, namely the ability to access and process design and results — positive and negative — of trials, the work of researchers is seriously hindered and the safety of patients can be in jeopardy if the adverse effects for a given product have been detected but not reported,” Jaume Vidal, senior policy advisor for Health Action International’s European Projects Team, told CenterWatch Weekly.

Belgium’s regulatory agency reported that after sponsors of 577 trials that had still not shared results were directly contacted, 258 trials were moved to report. Denmark reported that of the 300 trials conducted since 2017 that hadn’t posted results, more intense communication with sponsors led to approximately 230 trials publishing their findings. The Netherlands’ regulator said that it hired staff that are actively reaching out to sponsors and investigators about overdue findings.

Seven EU countries (Austria, Belgium, Denmark, Finland, Germany, the Netherlands and Sweden) have passed legislation that allows them to fine for failure to report results. These fines vary widely; Belgium’s, for example, ranges from €500-250,000, Austria’s ranges from €25,000-50,000, Germany has a maximum €25,000 fine and the Netherlands’ fine is set at a maximum €33,500. Denmark, Finland and Sweden still have not decided on an amount, the report says. Some countries’ fines may be multiplied by applicable surcharges and even carry jail time, while others appear to be single charges.

Despite other member nations’ success, France, Italy and Spain “appear to be taking little or no action on [reporting] missing drug trial results,” the analysis determined. “This threatens to undermine European efforts to secure the 3,055 drug trial results that are still missing.”

France, Italy and Spain did not respond to the nonprofits’ repeated inquiries, but according to the analysis, registry data showed weak reporting performances by many sponsors in these countries in addition to rampant data quality issues. Of the 15 large trial sponsors with poor reporting records, 12 of them are concentrated in Italy and France, the researchers found.

In the U.S., FDA has the right to fine over failures to report results, but it’s been criticized for declining to go after sponsors and investigators with much alacrity or force. In recent times, the agency has begun issuing letters of noncompliance, which some have taken as a sign of increased attention to transparency, but it has not yet levied fines (CenterWatch Weekly, May 3, 2021).

In the view of Till Bruckner, founder of TranspariMED, some EU regulators are surpassing the FDA on trial transparency efforts, although the “data are patchy” at present, he said.

“It seems that proactive European regulators are now moving ahead of the FDA, while apathetic regulators like those in Italy and France are falling even further behind,” Bruckner said.

In a perfect world, regulators would be able to impose fines quickly, efficiently and routinely; in real life, this isn’t likely to be the case, according to the analysis, with agencies reporting that the legal intricacies of their fining processes mean that sanctioning sponsors is likely to be complex and time-consuming and may see limited use as an enforcement tactic.

Looking forward, the European regulatory agencies said they plan to use monitoring data from the new Clinical Trials Information System (CTIS) to help catch future violations. Austria, Belgium, Finland and Germany plan to use these data alongside GCP inspections in some situations, while Denmark said it will supplement these data with national monitoring efforts.

For drug trials started prior to 2022, the report urges regulators in France, Italy, Spain and Sweden to begin directly contacting sponsors about missing trial results. For all other drug trials, the authors implore regulators in EU member states to push for compliance from the start by creating action plans detailing how they will respond if and when the first drug trial result under their purview becomes overdue.

For device trials, the group believes that the European Commission and member state regulators should convene a discussion to determine what data will be needed for European countries to rapidly detect and react to MDR noncompliance.

“The actions of national regulators will largely determine whether the new transparency rules on paper are effectively translated into better clinical trial reporting in practice,” the nonprofits’ report says. “The new transparency rules have strong potential to benefit patients, but these benefits will only become reality if national regulators take effective action.”

Bruckner believes it’s critical that regulators get in touch with sponsors on the very first day of noncompliance to clearly demonstrate “that compliance is important, expected and actively being monitored.” In the U.S., a functional FDA notification system would solve most of the issue, he believes, and would also reduce a good portion of the legal burden surrounding enforcement.