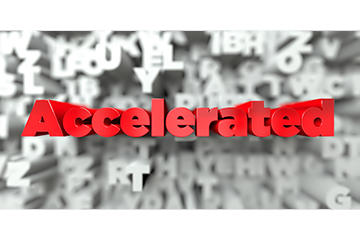 Sponsors of cancer drugs seeking FDA’s accelerated approval (AA) should use trial designs that show clinical benefit in an early stage rather than following the traditional three-phase model and waiting to initiate a confirmatory trial after AA is granted, recommend several FDA Oncology Center of Excellence (OCE) officials.

According to an Office of Inspector General (OIG) report on the accelerated approval pathway published last week, more than one-third of drugs with incomplete confirmatory trials are late, with four of them more than five years past their deadlines. Medicare and Medicaid spent more than $18 billion from 2018 to 2021 for accelerated approval drugs with incomplete confirmatory trials past their original planned completion dates, the report says.

Writing in the Sept. 26 issue of the New England Journal of Medicine (NEJM), Director Richard Pazdur and three other OCE leaders suggested AA could be granted on the basis of a planned interim analysis of overall response rate and traditional approval granted on the basis of clinical benefit — usually improvement in overall survival — at the trial’s conclusion.

“This approach would provide a more thorough safety assessment and earlier definitive evidence of the benefit–risk balance,” wrote Pazdur along with Lola A. Fashoyin-Aje, Gautam U. Mehta and Julia A. Beaver. “It would also reduce the risk of prematurely halting development of a drug with a limited overall response rate that might nevertheless improve overall survival.”

The authors offered a second possibility: conducting two concurrent studies — a single-group AA study examining the overall response rate in patients without other available therapies and a randomized trial with the potential to demonstrate clinical benefit in patients who have received fewer treatments.

If these studies enrolled patients around the same time, Pazdur and associates wrote, an interim analysis of safety and overall response rate in the confirmatory trial could provide supportive evidence and greater confidence for the AA based on the single-group study.

“A clinically meaningful effect on overall response rate in this interim or a subsequent analysis could support an additional AA indication for the randomized trial population,” the authors wrote, adding, “In this scenario, the FDA and the sponsor would agree in advance on the criteria for attaining AA and criteria for withdrawing the indication.”

But given the high cost of randomized trials with overall survival as the endpoint, sponsors may be reluctant to start them at the same time as a single-group study, said Julie R. Gralow, chief medical officer and executive vice president of the American Society of Clinical Oncology (ASCO), adding that companies will want some evidence from the smaller trials that the signal is sufficiently strong to devote time and resources to a randomized trial.

Currently, the AA pathway is predominantly used in oncology, with cancer drugs accounting for about 85 percent of all AAs granted in the past decade — more than 172 indications. For half of these indications, clinical benefit was verified by demonstrating improvement in survival, delay of disease progression or durability of response, said the authors. But a total of 21 AA indications (12 percent) were withdrawn.

“To address ongoing concerns about the implementation of AA in oncology, we … believe a comprehensive strategy is needed — one that equally emphasizes ‘on-ramp’ and ‘off-ramp’ considerations,” wrote the authors in the NEJM Perspectives article.

Among oncology indications that have been granted AAs, the median time to off-ramp action was longer if the confirmatory trial was initiated after the approval, said the authors, adding that this difference was most striking among withdrawn indications, with a median time to withdrawal of 3.8 years if the confirmatory trial was ongoing at the time of accelerated approval, as compared with 7.3 years if such a trial had not been initiated.

“Delayed withdrawals in this latter scenario represent the greatest risk to patients,” wrote the authors.

Reshma Ramachandran, co-director of Yale School of Medicine’s Collaboration for Research Integrity and Transparency, said she was heartened to see FDA leaders emphasize the need for confirmatory trials underway at the time of accelerated approval, which she said the FDA has recommended in the past but which has not been required by the agency.

The NEJM piece, however, left a few questions unanswered, said Ramachandran, who also is physician chair of the FDA task force for Doctors for America, a nonprofit organization of doctors and medical students that advocates for prioritization of patients over politics.

She pointed to analysis that came out this month in the Journal of Cancer Policy showing that, of 15 surrogate endpoints in oncology trials from 2005 to 2022, only one demonstrated a strong correlation with overall survival.

“I wish FDA had talked a little bit more about that — that validation of even the surrogate endpoint that leads to accelerated approval also needs oversight, given that there doesn’t seem to be a lot of evidence of association with showing clinical benefit that’s meaningful for patients,” Ramachandran said.

On top of that, she said, as many as 40 percent of cancer drugs now use the same endpoint — a surrogate one — for their confirmatory trials as they used for garnering AA, and this is a big problem.

“The idea with accelerated approval is that you get the approval based on the surrogate endpoint as reasonably predictive of clinical benefit, but if you use the same endpoint again for the confirmatory trial, are you actually confirming clinical benefit?” she said. “That’s something where FDA can take action.”

Ramachandran said she hoped the reforms in trial design will not just be relegated to oncology, emphasizing that they’re also needed in most other therapeutic areas that have availed themselves of the AA designation.

“Overall, this is definitely a good first step for the agency,” she said, adding that she hopes the agency speaks out soon about the off-ramp issues with AA, detailing how it plans to increase the efficiency with which it removes drugs that have shown no clinical benefit from the market.