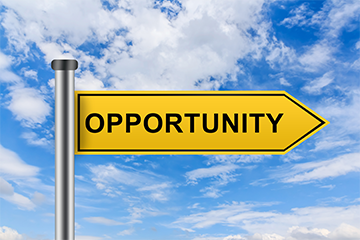 Pharma and biotech sponsors are increasingly following the FDA’s lead in using real-world data (RWD) and real-world evidence (RWE) in clinical trials, according to a new survey asking about the most valuable resources for clinical trials.

In the PPD-commissioned state-of-industry survey of 152 pharma and biotech sponsors across North America, Europe and the Asia-Pacific region, 45 percent of respondents named greater use of RWD/RWE as a highly promising area in clinical research, with large companies citing it significantly more often (54 percent) than smaller companies (31 percent). And 59 percent of the sponsors said they’re using RWD/RWE more and more in their drug development programs.

These results are in line with the FDA’s growing acceptance of RWD/RWE in regulatory submissions. Commissioner Robert Califf himself has signaled that the leverage of RWE — which the agency defines as conclusions drawn from analysis of RWD — will be a priority for the agency in the years to come (CenterWatch Weekly, July 18).

RWE has seen broad adoption across all therapeutic areas, says Debra Schaumberg, PPD’s vice president and global head of strategic development consulting, and there are a number of driving factors when it comes to their use in regulatory submissions.

“The use of RWE in the regulatory context is being led, in large part, by activity within targeted therapies in oncology, as well as cell and gene therapies, rare diseases, in vitro diagnostics and infectious diseases, including COVID-19 and many other infections,” she told CenterWatch Weekly. “These are areas in which clinical development paradigms focused on the traditional randomized trial are often challenged, and industry is increasingly recognizing the value of well-conducted RWE integrated into overall evidence packages for investigational products.”

The use of RWE has been well established for supporting postmarket safety studies, but applying the strategy early in drug development and in product assessments throughout various trial phases is currently an evolving area, according to Seema Betigeri, executive director of global regulatory affairs at Merck, who spoke at the RAPS Convergence conference this year. The path forward in this area, she believes, is global harmonization of RWD/RWE programs by regulatory authorities to enable the most effective use of these data and spur greater innovation in drug development.

And the agency now appears intent on monitoring the extent of RWD/RWE use. This month, the agency published a final guidance that directs sponsors to identify certain uses of these data in their drug and biologic submission cover letters so that the agency can track their usage and gain a more complete picture of their role in regulatory submissions. Still, some researchers believe more guidance should be provided; Chinese researchers at the University of Macau, for instance, believe that more in depth RWE guidance on technical data specifications, special patient populations and diseases with unresolved needs should be developed, according to their article published in Frontiers in Medicine last year.

In the view of Anne Delaney, PPD’s vice president of RWE, the use of RWD/RWE will continue its upward trajectory in the clinical research space and expand as time goes on and advancements continue to be made.

“A couple things will continue to drive wider uptake and acceptability of RWD/RWE: refinements in the RWD themselves (e.g., through directed deep curation), as well as technological advances to enhance access, connectivity and linkage to RWD, driving closer to the realization of a comprehensive patient view,” Delaney said. “Additionally, we expect refinements and innovations in study design and analytical approaches grounded in epidemiological-first principles to produce high quality RWE.”

“Continued integration of expertise in science, operations and technology will propel the breadth and depth of possibilities for RWD/RWE,” she said.

Following RWD/RWE, 44 percent of survey respondents named new technologies in drug development, such as mRNA and drug discovery platforms, as a top opportunity.

In addition, 39 percent of respondents felt that the benefits conveyed by digital and decentralized trials on recruitment and engagement hold great potential, as does precision/personalized medicine (37 percent), adaptive trial design and big data/analytics (both 32 percent) and artificial intelligence (24 percent). What barely made the list, PPD said, were the influx of investments and public interest in clinical research spurred by the COVID-19 pandemic, which only seven and 14 percent of respondents named, respectively. 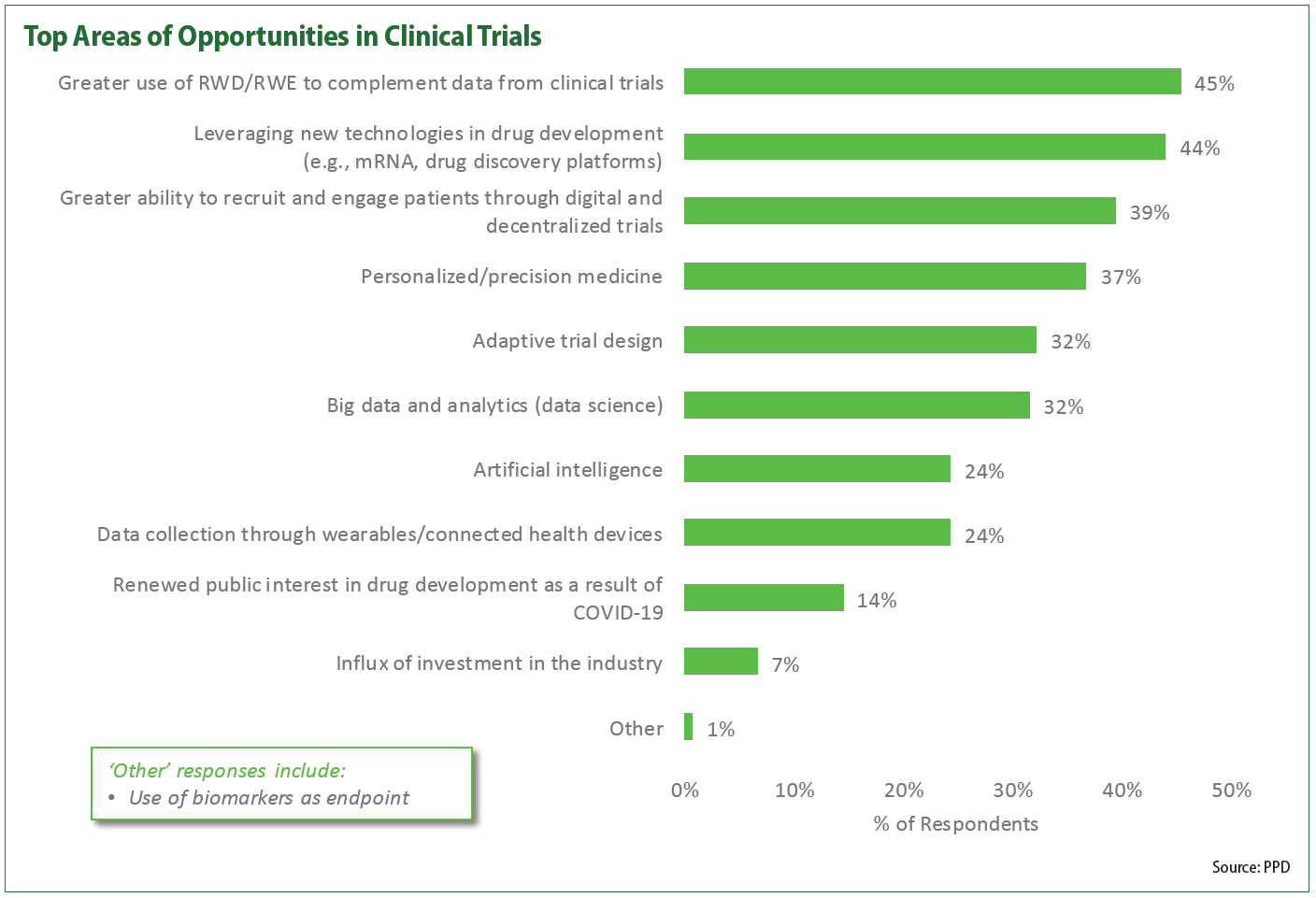