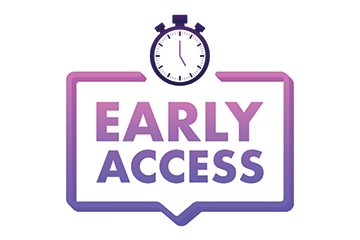 Vanderbilt University Medical Center (VUMC), one of the Southeastern U.S.’s largest academic medical centers, starts digging in early to the details of the electronic data capture (EDC) systems to be used in its trials, an approach that’s helped the major institution smooth and speed trial activation and ensure staff are clear on all data collection and entry expectations.

VUMC, a major institution based in Nashville, Tenn., makes it a point to ask a sponsor several important questions about its EDC in the early stages of study startup, including what system will be used, whether the site can have early access to the system for hands on training and what specific data the sponsor wants to collect. Other sites would do well to take a page from VUMC’s book and consider emulating this practice or risk missing critical details when it comes to a trial’s EDC, including data to be gathered and entered that may not be clearly stated in the protocol.

As part of this, the center also requests any EDC materials the sponsor created for the trial, such as electronic case report form guidelines and source worksheets, says Jill Janssen, director of local support services and business intelligence informatics at VUMC’s Vanderbilt Coordinating Center, whose 50 staff members annually support an average of 300 trials and enroll 1,000 participants per year.

Having source worksheets (documents that serve as the basis for data submitted on case report forms and the place patient data are first recorded, and which may be used to capture data not found in any other systems) and other documentation can be very helpful for putting together trial logistics, training staff and establishing clearly what sponsors expect of data collection, Janssen explains.

And because sponsors may not have the guidelines ready the first time they’re asked, Vanderbilt is not shy about repeatedly prompting them during the startup process. It’s critical that sponsors provide the information needed as soon as possible, she says, as failure to receive the guidelines early enough can mean delays in starting a trial.

“It’s one thing to know the system. It’s not the use of the system, it’s the content of the system that we’re really looking for,” Janssen told CenterWatch Weekly. “What are those data points that they want collected? It helps drive our process on how we train our staff and create the logistical setup of the trial.”

Protocols often don’t contain the level of detail VUMC needs to set up data collection and entry properly, leading to assumptions and potential problems down the road unless there is clarification and specifics provided through EDC guidelines.

Janssen gives an example: a trial protocol could show that vital signs are to be collected from participants. While a site might assume that means blood pressure, respiration and heart rate, the sponsor may actually expect temperature readings, body mass index and pulse oximetry to be gathered as well, although this won’t always be specifically detailed in the protocol. In that case, only the EDC guidelines would reveal these “hidden variables” to site staff, she said.

She’s also seen fewer sponsors providing source worksheets in recent times, with some not providing them at all; when this is the case, sites should still seek further information on the data capture system and the data elements being gathered.

Those worksheets provide insight into the more hidden variables that the sponsor wants to collect. “If a sponsor’s not going to provide source worksheets, then we need further insight into the data capture system bound to the individual data elements, so we make sure we’re collecting those during the visit and not finding out later on we should have collected something and didn’t know until it was time to enter it into the EDC,” Janssen said.

Janssen and her team have found it very helpful to have access to the EDC system prior to trial initiation, as it provides much more hands-on training, she said.

Beyond this, just being able to click around an EDC system and explore its individual pages by the time budgeting rolls around is helpful for resource allocation and negotiation purposes, Janssen says — but nine times out of 10, this isn’t the case for VUMC. It’s something she thinks sponsors should take note of. And because EDC documents are rarely provided as part of budget talks, VUMC asks for these during site selection and once more after receiving the budget and contract, she said.

“Knowing exactly what is in the EDC helps us allocate time spent by a coordinator, and not having that as soon as possible, especially during budget negotiation, we have to make some assumptions,” Janssen said. “We’re going to overestimate on those assumptions not knowing what data elements might be needed. In that respect, it would behoove sponsors to get it to us quicker.”

VUMC takes a multi-pronged approach to entering data into an EDC system, she said. For any trial, the center first looks at what data need to be collected and where the “single source of truth” for each data element resides, whether that’s a variable that’s taken as part of routine care and thus resides in electronic medical records (EMR) or data that’s collected by a CRC and thus would go in the source document. Next, they decide on how the data will be entered into the EDC — either directly from the EMR or from the source documents. Then, they create the source document based on that information and, after the patient visit, the information is put into the system.

“This sets the coordinators up for success when they are completing the visit for the participant. They have all the tools necessary at their fingertips to make sure we aren’t going to miss any of those important data elements,” she said.

But certain adaptations could make their trial operations more efficient, she believes, though they would require sponsors to push for them. For example, Janssen noted that access to an EDC system, normally, is exclusive to staff listed on a trial’s Delegation of Authority (DOA) log, which is especially limiting to sites that have manager oversight and internal control systems already established. Allowing additional members not on the DOA to have read-only access would allow them to work on data monitoring, source verification and doublechecking.

In addition, sponsors could and should provide sites with more tools to visualize the information contained in their EDC systems. Having a more overhead view of the system would be extremely helpful, Pruitt says.

“Historically, EDCs are built and managed by a sponsor,” Janssen added. “I think there’s room for improvement.”