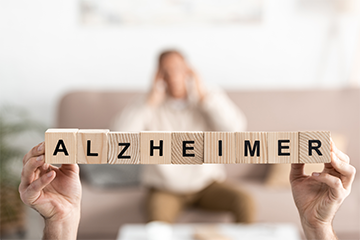 A panel of Alzheimer’s disease (AD) experts has developed a plan to break down barriers to trial enrollment and accelerate research to keep up with the expected increase in the disease’s prevalence in the coming decades.

Approximately 99 percent of eligible participants are not referred to an AD trial or considered for enrollment, according to a group of 24 stakeholders from academia, industry, government, patient advocacy, philanthropy and the nonprofit sector. Limited awareness of AD’s early stages, fears of being diagnosed with the disease and a lack of clear diagnoses, strained healthcare providers/infrastructure and insufficient engagement of underrepresented populations all contribute to the problem, the panel wrote in Alzheimer’s & Dementia: The Journal of the Alzheimer’s Association.

The way forward is to employ better strategies to connect diverse populations with trials, communicate with patients and families at earlier points of the disease and bolster enrollment in early-stage trials of asymptomatic patients, wrote the authors, who represented such institutions as Cedars-Sinai Medical Center, Eisai, the National Institute on Aging and the Critical Path Institute, among others.

To that end, the panel developed a six-point approach to increasing trial enrollment, focusing on:

In the area of cognitive screening and early detection, the authors propose the use of innovative prescreening approaches that engage with the community, such as virtual outreach activities and digital assessment tools. At the site level, it may be helpful to run “open house initiatives” that provide free cognitive screening to the local community. This would give sites the opportunity to identify and connect with those showing signs of mild cognitive impairment or risk of dementia and then refer them for further clinical evaluation, inform them about potential trials, introduce them to care planning and educate them about the disease itself.

Where a research site is overburdened, screening could be moved to a community site or satellite diagnostic center, the authors suggest, an approach that may be particularly effective in underserved areas.

The authors are also encouraged by emerging blood-based biomarker tests, which they believe can expand screening in a number of settings, such as primary care, and help speed up recruitment and enrollment. These tests — the first of which, a brain amyloid plaque blood test, came out in 2020 — may be able to overcome a host of hurdles presented by the PET and CSF biomarker tests of today, including high costs, invasiveness and limited availability, according to the authors. To expedite development, validation and generalizability, researchers should share neuroimaging, biofluid, digital, autopsy, co-pathology and other types of data, the paper advises.

Broadening public awareness of AD in general could be achieved by outreach campaigns that help distinguish between normal aging and real cognitive problems and explain the benefits of early diagnosis. These campaigns should be designed to mesh with diverse communities and be informed by local community organizations as well as national advocacy groups.

“No single recruitment strategy will work in all communities — outreach efforts must work with local leadership and understand the opportunities and the barriers of each community to engage in research,” the authors wrote. “For example, if access to technology is a barrier, solutions must provide access in local spaces.”

Instead of putting resources into a national campaign, which the authors argue could stir interest in just a small subset of patients or patients that have no trials available to them, they advise engaging in efforts that bring clinical research directly to those at risk by creating a structure of AD-focused programs in communities with high prevalence of the disease.

Such AD “architecture” could be built by leveraging health system satellite sites, mobile trial units or local diagnostic clinic networks. The approach depends on the community and population at hand, the group advised, and different approaches should be taken for asymptomatic populations versus dementia populations.

For asymptomatic populations, efforts should be focused on using outreach to raise awareness and providing information required to consider enrolling in early intervention trials. Because these patients aren’t generally involved with advocacy groups or seeking care for brain health, they will need to be reached outside of the healthcare system. The authors suggest public awareness and educational programs, collaboration with local community leaders in faith- and culturally based organizations and registry referrals for encouraging this group to take part in AD research.

Dementia populations, on the other hand, should be targeted within the healthcare system by providing comprehensive care and wraparound programs to patients and their families. Advocacy groups are also useful to work with, as patients with cognitive impairment and their caregivers are often involved with them. Overall, healthcare system engagement should focus on accessibility and bringing research to the participants. Mobile facilities have seen success and are certainly worth considering for screening people in remote locations that may not be able to easily get PET scans, for example.

According to the authors, although many members of the public signal interest in supporting AD research by enrolling in registries, just a small portion of these enrollees are recruited into trials. To make matters worse, many of those who fail screening for one trial are discouraged from trying again. In combatting this, the authors recommend turning to digital technology to screen for multiple trials at once, reduce the number of people rejected and ultimately make it easier for patients to get into trials.

The authors’ sixth point, virtual trials, acknowledges the impact of the COVID-19 pandemic in ushering in a wider use of remote approaches for trial activities. Although these approaches aren’t feasible for every therapeutic area and trial, for AD the authors recommend considering virtual procedures for safety monitoring and remote outcome assessments, such as at-home computerized cognitive assessments and video calls. In addition, at-home nursing services could be an option for administering therapies, performing critical lab tests/physical examinations and ensuring data is properly collected remotely.