Home » Effective Trial Diversity Plans Are Built from the Ground Up, Starting at the Site Level

Effective Trial Diversity Plans Are Built from the Ground Up, Starting at the Site Level 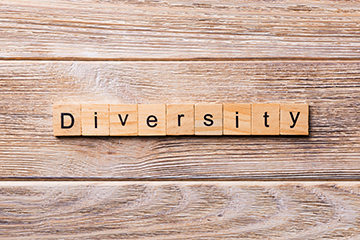 The FDA may have stressed the importance of sponsors having effective, feasible diversity plans for each trial in its recent guidance, but true diversity can’t be achieved without site involvement, experts agree.

Deriving insight from local communities is largely the heart and soul of clearing away barriers to participation, improving diversity in research and developing strong diversity plans, making a grassroots approach essential.

“You’re creating a plan at a national level, a global level. If you don’t have a plan at a local level, which is at the site level, it’s not going to be implemented,” Lori Abrams, WCG’s vice president of patient advocacy and clinical research diversity, told CenterWatch Weekly.

“When I talk to sponsors about the sites creating a plan or helping them to create a plan, they are a little surprised at first. It’s not intuitive to them,” Abrams said.

But in the current regulatory and legislative climate, diversity needs to be an all-hands-on-deck effort. In addition to the recent FDA guidance that strongly encourages sponsors to develop diversity plans for each trial, Congress is considering a bill that would, among other things, require trials to meet specific diversity enrollment targets.

If and when the bill, known as the DEPICT Act, becomes law, it would benefit sites to have their own diversity strategies developed, Abrams said, noting that the provisions in the bill are similar to the principles expressed in the FDA guidance.

Sites may wish to consider creating “universal diversity action plans” that function as sitewide diversity tools/frameworks from trial to trial, advised Angela Toole, interim IRB director of Augusta University. Although her idea of a universal diversity strategy is still in the conceptual phase, with a need for further in-depth discussion with other experts to truly flesh it out and hammer out more concrete components, it may be worth thinking about for sites that opt to develop diversity plans or revisit current ones, Toole told attendees at a recent WCG webinar.

A universal diversity plan, which is meant to be reassessed on a yearly basis to ensure it still meets site and community needs, should outline the following, Toole said:

The concept is still in its infancy, Toole said, to the extent that her own site has not yet implemented such a strategy. But a universal plan could theoretically cut down on redundancy and save time by being repurposed from trial to trial.

A universal strategy might also be useful for training new site team members. Similarly, these strategies should be used as a way to check that current staff have a strong grasp of their obligations and are working to reach the site’s diversity goals, Toole advised.

While the development of these plans would likely begin with the principal investigator or a lead site coordinator, all site personnel should come to the drawing board, she said.

In Abrams’ view, a universal strategy could be viable for sites that continually work in the same disease areas and enact minimal changes from trial to trial. For those that don’t fit that mold, however, she recommends developing strategies based on sponsors’ action plans, as there are a multitude of questions to be asked about the diseases and disease populations being studied and differences in the trials being conducted.

“The plan for the sites comes from the plan for the sponsors. It’s like a funnel,” she said. “I think there’s a lot more to think about than just creating something and being able to reuse it. Each sponsor has something very different than the next sponsor, and each sponsor’s disease or indication and even protocol creates a separate plan. The site has to have a plan that meets its type of patients, community and organizational goals.”

The industry trade group PhRMA recently jumped on the site diversity plan bandwagon, announcing last week a $10 million grant to a pilot network of connected, community-based sites working together to develop such plans.

The initiative, run by Yale School of Medicine, Vanderbilt University Medical Center, Morehouse School of Medicine and Morehouse’s Research Centers in Minority Institutions Coordinating Center, will initially involve 10 sites in the southeastern and southwestern U.S. and intends to establish an infrastructure of support for these sites, which differ in their levels of readiness and connectedness with their surrounding communities.

The pilot “will bring pharmaceutical companies, academic institutions and providers together with community groups and leaders to help ameliorate health disparities with a specific focus on mentorship for staff at trial sites, sustainable support for local community-based sites and partnership with communities of color that have historically been underrepresented,” the universities said.

The first 18 months of the pilot will focus on what’s successful when it comes to increasing trial diversity at community-based sites, what isn’t, what can be done commonly across local sites and what different communities are receptive to. After that, there are plans for the program to expand to other sites and eventually become a nationwide initiative.

The insights gleaned from the pilot, which will eventually be shared with the public in some form, should help other sites take control of their own diversity plans, according to Nancy Brown, dean of medicine at the Yale School of Medicine.

“What often happens is a sponsor comes in, establishes infrastructure and capabilities, a study is concluded, and then they leave. It’s just not sustainable. We know that we need to fundamentally change the paradigm on how we do this,” Embi said.