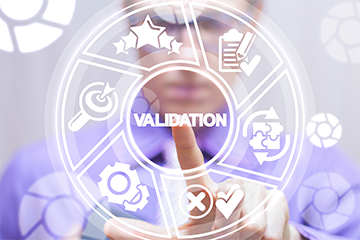 Digital health solutions have seen tremendous growth in the past decade and represent a promising sector of products that can be relevant to both clinical research and clinical care. But a pervasive issue remains: There’s little clinical evidence that these tools are effective or reliable.

In recent years, studies of digital health solutions and the companies that develop them have found that a majority of the products within the still-growing sector haven’t been proven valid for use in trials and that the sector is hampered by a lack of a standardized method of validating them.

What this means for clinical research is that the majority of these tools aren’t yet viable for use in trials, Mike Cioffi, WCG’s senior vice president of clinical solutions and strategic partnerships, says.

“How many of those companies [have had] their devices … used in a trial and supported the approval of a drug? It’s almost none. These things are in their infancy,” Cioffi told CenterWatch Weekly. “When you look at using wearables in trials, everybody thinks, ‘oh, it’s the future,’ but not every wearable device is pharmaceutical grade.”

In other words, Cioffi says, they are not approved and validated by regulators for use in trials. “It’s going to be years before we get to a point where these are considered viable and are going to be mainstream.”

In the meantime, sponsors may find themselves answering to regulators on how reliable their digitally produced data is. The FDA has not weighed in on the concept of validating digital tools for use in trials as it has with biomarkers and clinical outcome assessment tools. Nor has the agency indicated acceptance of any specific digital products, meaning each time a sponsor uses a digital tool to support a new drug application or other submission, it will have to justify that use.

In Cioffi’s view, digital health companies are still figuring out what their addressable markets are in a young, evolving marketspace. For example, a company offering products primarily for personal use may not deem it worthwhile to go through the rigorous, expensive validation process. A company that wants to get into the clinical care setting, however, may find validation valuable so its product(s) can also be used in trials.

A recent analysis of 224 companies providing digital health solutions for preventing (25 companies), treating (110) or diagnosing (106) disease found that 44 percent of them (98) had never sponsored or collaborated on a clinical trial or made a 510(k), De Novo or premarket approval filing.

In addition to the 98 companies that scored a zero, 37 percent of companies in the analysis, sourced from Rock Health’s venture funding database, scored in the low range (1 through 4).

“This highlights a potentially significant gap in evidence which wasn’t easily explained by company age or venture funding,” Sari Kaganoff, general manager of consulting at Rock Health, and Sean Day, consultant for Rock Health, wrote in a deep dive on the analysis.

This might be explained away “by assuming that it takes a company a long time and a lot of money to be able to build up an evidence base, but many younger companies and less well-funded companies had high clinical robustness scores,” they said.

Companies with high scores — five or higher — were about 20 percent of the total, the study found. In the view of the researchers, these companies have an opportunity to stand out among rivals that offer little to no clinical evidence backing their products, especially in markets that are growing more competitive.

Clinical evidence offered for digital solutions varied by therapeutic area, the analysis found. Cardiovascular disease, diabetes and nephrology, for instance, saw relatively high rates of regulatory submissions and trials, while many other areas, such as oncology and primary care, saw lower clinical robustness; this may be due to disparities in technological maturity of digital health solutions across these areas, the researchers said, as well as the intended market audience for these products.

Diagnostics and, to a lesser degree, prevention companies, will likely move more toward viewing the clinical trial space as a lucrative, promising area, Cioffi believes, where pursuing FDA approval of their products as validated measures may pay off; treatment-oriented companies, not so much.

Simon Mathews, corresponding study author and assistant professor of medicine at Johns Hopkins Medicine and the Malone Center for Engineering in Healthcare, noted that there are stark differences between clinical rigor for digital health wellness products and digital health clinical products. This raises a need for companies to do a better job of clearly stating which category their products fall under, he said.

“Unfortunately, this distinction is often intentionally or unintentionally blurred, which introduces confusion,” Mathews said. “I think companies should make it clearer to other stakeholders whether they are making a wellness or clinical claim. The former does not require much evidence, while the latter does. However, it is at times difficult to distinguish between the two based on a company’s marketing.

From Mathews’ perspective, stakeholders across the spectrum of healthcare, from patients to physicians, “all need to demand a higher standard for evidence backing digital health solutions,” as well as a clearer picture on their intended impact.

To Cioffi, digital health solutions still have a long way to go before they’re ready for prime time, both in clinical care and clinical research, and he predicts it will take some time before they’re considered feasible in trials on a larger scale.

“One thing we learned from the pandemic is the way we do trials needs to change. If you’re talking about broadening access for patients, you have to do these DCTs,” he said. “From the pharma industry perspective, this is of interest to them. For that reason, I think it will blossom into the clinical trials space, and there’s good reason for that.”