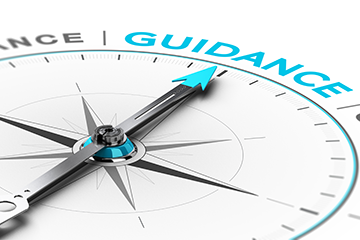 The FDA has advanced its agenda to increase public involvement in drug development with a new draft guidance on developing, modifying and choosing clinical outcome assessments (COA) that produce information most meaningful to patients.

Sponsors often select endpoints and related COAs based on what the agency has accepted in the past, Smith said, such as the well-established and typically accepted six-minute walk test that measures an individual’s mobility. But these may not measure improvements patients actually want to see from treatments.

“What if the patient’s ambulation doesn’t get better but other measures do? There could be many other measures that are important,” he said. For such measures to be acceptable to FDA reviewers, “they need the kind of careful validation work the guidance discusses.”

The guidance offers a general roadmap to the kind of outcome measurements the agency deems successful in representing the patient’s view, including advice on how to determine whether a COA is fit-for-purpose, recommendations for gathering evidence to support the use of a specific COA and the elements the agency feels constitute a well-supported rationale for a COA.

The roadmap included in the guidance may not work for all drug/device development programs, but it has been useful for describing COA developers’ rationale in the past, the agency notes. It includes a number of steps, including understanding the disease or condition, conceptualizing clinical risks and benefits, selecting and developing the COA, and constructing a useful conceptual framework for submission to FDA.

When presenting a proposal for a new COA to the agency for review, developers should clearly define the “concept of interest” — the aspect of the participant’s experience or clinical, physical, biological or functional state the COA aims to measure — and the “context of use,” a description of the way COA scores will be used to formulate endpoints.

The guidance also touches on developing digital health technologies (DHT), which may be used to measure outcomes in trials, advising sponsors to consider patient and caregiver feedback in the design. DHTs have rapidly evolved as media for electronically gathering healthcare-related data from patients, including through computer platforms, software and sensors, but sponsors have often been hesitant to use them to collect clinical outcome information out of uncertainty about how the agency would view the data, Smith said. This guidance seeks to quell this lingering hesitancy, he believes.

At its core, the guidance’s goal “is to help drug researchers, developers, patient groups and regulators themselves to find ways to incorporate what is important to patients in regulatory decisionmaking,” Smith said.

Communication and collaboration are clear hallmarks of the guidance, which encourages COA developers to discuss their plans with the agency “early and often,” he said, and emphasizes the need for all stakeholders to work together to represent patients’ needs.

“This is no easy task, but the collaboration reflected here is critical and in past decades much less likely,” Smith said. “Stakeholders may still complain that the guidance lacks teeth, but it is necessary to move forward,” he noted, “so drug developers can have some confidence that an approach will be well received by the FDA.”

The deadline for submitting comments on the draft guidance is Sept. 28, and while no comments are yet available for viewing, stakeholders are already formulating their thoughts. The Professional Society for Health Economics and Outcomes Research, for example, told CenterWatch Weekly that it is in the early stages of gathering member and expert input on the recommendations and will eventually issue a formal response to the guidance.

The agency’s four-part patient-focused drug development guidance series includes a final guidances on sampling methods that can be used to gather patient input published in June 2018 and a final guidance on methods to pinpoint what matters to patients published last February. The fourth guidance, not yet released, will center on incorporating COAs into endpoints.