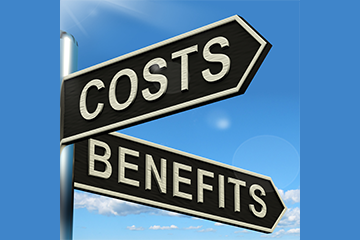 Newly released data from a study on the costs and benefits of decentralized trials (DCT) demonstrate in hard numbers that using DCT methods can gain a sponsor or site as much as 25 times the original investment and score performance improvements in several areas.

Researchers used a widely accepted investment measurement — expected net present value — to calculate return on investment (ROI) and found that DCTs that cut the length of phase 3 trials by three months — a very conservative estimate of improvement, Getz said — showed an ROI of 13.2 times the original costs, for a total of $41.2 million. For phase 2, that same cycle time reduction equated to $9.2 million, an ROI of nearly five times.

Even cutting a phase 3 trial by a single month provided 5.5 times the ROI ($17.3 million), while six months of time saved delivered almost 25 times the ROI, an impressive $77.8 million.

Trials that deployed and used DCT components — namely wearable devices and mobile apps — also saw significant performance improvements, according to the study. Looking at 33 protocols that used DCT components and 154 protocols that didn’t, the researchers found those that did were able to reduce study initiation time in phase 3 by an average of two weeks, from 166.5 days to 152.6.

For study closeout — the time from last patient last visit to database lock — phase 2 trials saved 17.6 days on average, while phase 3 trials saved 7.4 days. And while phase 2 trials with DCT components actually took two weeks longer on average for study initiation, the average total length for both phase 2 and phase 3 trials was hundreds of days shorter (245.5 days and 360.2 days, respectively).

Trials with DCT elements also saw reductions in screen failure rates and amendments, both of which are extremely labor intensive and costly for sites. Specifically, phase 2 trials with a DCT component saw a 20.1 percent average screen failure rate compared to a 29.7 percent rate in trials without. Phase 3 trials saw nearly the same decrease.

“Any improvements that we can see in the number of amendments is going to impact not only the speed and shorten the amount of development,” he said, “but will also result in a reduction in expenses.”

Beyond the hard numbers, Getz noted that there is “a lot of other intangible or strategic value associated with use” of DCTs, such as gaining the appreciation of patients that have a more positive experience in a DCT and demonstrating to the community that you’re committed to providing multiple options for participation.

Though further analyses using a larger pool of data are still to come, Getz said the data show “some very, very compelling findings. We’re using conservative estimates here that have populated the model, and we hope to really build on the insights from this as we move forward with even more data and a larger sample size,” he said.

“It’s data like this that will help us get to responsible adoption of DCTs,” Tenaerts said. “We are committed to providing evidence metrics, key studies and best practices around a slew of these things that we really need to understand about DCTs and how they affect trials. This is just the first step in that journey.”