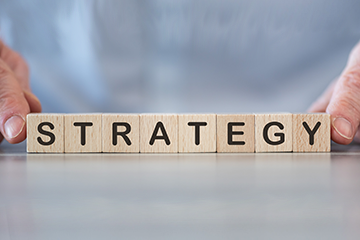 Sites may be tempted to take on any trial offered, not wanting to turn away business or offend sponsors, but one site in Watertown, Mass., has discovered that shifting to a smaller-scale approach can pay important dividends.

For five years, Nelson Rutrick, CEO of Adams Clinical, ran his 11-year-old site in a fashion he finds typical of many independent sites today, taking on nearly every trial the site could handle with its single psychiatrist principal investigator (PI) and spreading itself thin as a result.

But after accepting one trial perfectly suited for the site, Rutrick says he realized that they recruited more participants, developed an area of specialization and passed an FDA inspection with zero findings thanks to focusing nearly the site’s entire staff and resources on that one trial. Furthermore, the sponsor was more open to making changes in the trial and sought the site’s feedback because it contributed such a large amount of the total trial data, he told CenterWatch Weekly.

“It’s a difficult mindset to get into,” Rutrick said. “But we have over time come to understand that you’re better off turning away participants who want to be in any study” rather than one particular trial your site is running.

As a result, the site shifted its focus to about 80 percent depression trials and 20 percent early Alzheimer’s disease trials and it avoids trials that simply serve as alternatives for participants who want to enroll in a trial but aren’t eligible for any in Adams’ focus areas. Instead, it refers those participants to other local sites.

“Rather than creating a site in which we took on loads of trials, we wanted one that would have loads of visits,” he said. “We realized sites aren’t paid by the trial — they’re paid by the procedure and the visit.”

Adams Clinical, which is located outside Boston, now takes on about three new trials annually and has expanded to four PIs. It has 41 employees, five trials currently enrolling and 12 trials ongoing and closed to enrollment.

Despite the temptation, Adams Clinical turns down even those trials that may share a comorbidity with depression and specifically focuses on early Alzheimer’s disease in a way some sites don’t, declining trials of moderate and severe Alzheimer’s as well as severe Alzheimer’s with agitation. By sticking only to trials it knows it can perform well, the site has found that it is significantly more profitable, better performing as a business and more appreciated by sponsors, he said.

In Rutrick’s view, sites with coordinators and investigators working on many trials simultaneously often know very little about any of them, as opposed to knowing all the ins and outs of a few. “Whenever site staff know very little about a program, chaos ensues when they try to run it,” he said. And it only takes poor performance on a few trials to be diminished in the eyes of sponsors.

“There’s this quote, ‘Trust is earned in drops and lost in buckets,’” he said. It’s easy to accept a different trial for an indication that you’ve worked on in the past. “The problem is that as soon as you fail to perform on a study, the people who work in that area talk and spread the news.”

Sites that juggle many trials at once are unnecessarily putting their reputations on the line, Rutrick says. Dropping the ball on just one or two trials, even if a site excels at eight of them, can seriously damage its reputation with sponsors. “By only working on three [or so] at a time, you can make sure you’re performing every time and really build relationships with companies that come to rely on you,” he said.

Sites that are considering changing their approach should convene the staff in charge of recruitment and finances to determine where they’ve historically done well, where they’ve underperformed and what indications they should focus on and avoid.

Rutrick recommends a specific strategy: access ClinicalTrials.gov and assemble a list of every recruiting trial in your area of strength, assess their inclusion/exclusion criteria to determine the best fits and contact the sponsors/CROs of those trials to say you want to join their program(s). Sponsors will have a hard time saying no to this, he said.

He did note an issue Adams Clinical actually ran into after seeing great success from its shift in approach: Sponsors placed limits on recruitment as a result of the site’s quick enrollment. Because the site’s resources were focused on just a few trials, the site became responsible for a significant percentage of a trial’s data, and sponsors began capping recruitment in response.

To solve this problem, Adams started an “overflow” site in 2020, Copley Clinical, just down the road. This site has its own PI and staff but works on the same trials as Adams Clinical, Rutrick said, and it effectively doubles any cap they might face on a trial.

“It’s novel, but this concept of capping sites is unique to quick-enrolling areas. By having a second PI and staff, even if it’s physically close, we can still maintain the model of only working on a couple of trials,” he said.

It may seem like a huge transition to make, but Rutrick believes it isn’t that complicated for a site to scale down and focus on a small number of trials it has the best chance of completing successfully. And it’s fine to let sponsors know you’ve taken such an approach, he says.

“There’s some sites out there who will honestly tell you, ‘we can’t take on more work or we’ll do a bad job.’ Every week, I have to tell a few drug companies that I can’t take on their study because I’d do a bad job at it, because I’m focused on other people’s studies,” he said. “It’s not rocket science here. It’s not so complex. It’s just this idea of only taking on the work you know you can perform.”