Trouble Ahead: Warning Signs Sites Should Heed to Increase Success 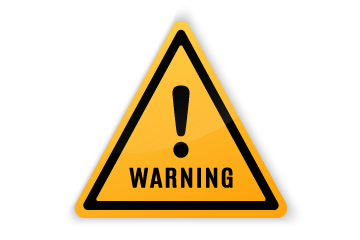 A number of early warning signs can indicate a site may be headed for trouble, both operationally and financially. Weak research strategies, misaligned incentives and poor business development functions can lead to low enrollment, budget overages and, ultimately, failed trials.

It’s important to understand the many factors that can contribute to less-than-optimal site performance, says one strategic planning and operational efficiency expert.

A major cause of site failure is taking on trials without thinking through the site’s ability to conduct them successfully, says Ari Axelrod, managing director for Boston International Management Services. Taking on too many studies with too few patients can lead to what Axelrod calls “doom spirals,” in which staff are hindered from building their skills and expertise, and the site experiences more mistakes, longer query response times and fewer resources put toward recruiting and patient visits. The end result: inadequate enrollment, a diminished reputation with sponsors and weaker budgets, as well as a higher rate of screen failures that contribute to greater costs.

Covering large numbers of trials and therapeutic areas without the ability to enroll enough participants should be a cause for alarm at a site, Axelrod said. Though exceptions exist, such as for rare disease or vaccine trials, sites that don’t have around 10 participants per trial are likely losing money, he said.

Another warning sign is a site’s lack of negotiation of budgets and contract terms, which often results in missing opportunities to bring in additional revenue, better prepare for trials, start trials faster and allocate clinical and recruitment resources more efficiently. Axelrod has seen this issue at sites that have weak, outsourced or no business development functions, as well as sites with poor finance functions and insufficient communication between clinical teams and the site’s business side.

While it’s less common today, some sites still fail to push back on sponsors’ budget and contract terms, he said. A sponsor’s initial trial budget can be undervalued by 30 to 50 percent or more; understanding this and knowing how to negotiate effectively can be a great opportunity for a site economically, he noted.

“Sponsors and CROs are notorious for saying, ‘your site is the only one asking for that,’ or ‘you have the highest budget and we can’t negotiate further.’ Sites that are just starting out or are short staffed may buy that story and stop pushing for their fees,” explained Meg Trost, WCG’s vice president of study startup and administration.

“Sites act as a bank on these studies. They run the trials before they are paid and many times that payment isn’t received until 120 days after the activity occurs,” she said. “If they agree to a low budget, then have delayed payments, they have to seek financing to simply pay bills and make payroll. It’s a broken model.”

Sites that can’t start enrolling participants within two or three days after being awarded a trial should also take a hard look in the mirror and ask what is getting in the way of a prompt start. In Axelrod’s experience, this is a sign a site has weak project management skills, poor processes and, as with budget concerns, insufficient communication between trial staff and site administration.

“Clinical, administrative and business functions need to work together,” he said. “This is an all-hands effort.”

Lydia Beaudette, director of growth and strategic partnerships at site network Centricity, says one of the sites she worked with was able to turn itself around by identifying its strengths and weaknesses and coming up with specific change plans around them.

The site was taking on dozens of trials without much thought, according to Beaudette, and had physicians who were largely detached from the trial selection process, which contributed to low enrollment and performance.

“The studies they selected were just whatever came to them. It was not catered to the database, the community, the interests of the principal investigator (PI) or the sub-investigators,” she said. “Selection of trials available at the site — if that’s wrong, it’s very hard to do well in research.”

In addition, the site’s staff were split between clinical and research duties, lacked training on the research side and operated in a small space that wasn’t integrated with the clinical practice, among other problems. Beaudette chose to use a well-known strategic planning/management model known as Strengths, Weaknesses, Opportunities and Threats to identify contributing factors and determine how to proceed. While basic, the analysis technique was effective in helping the site forge a path forward.

On the strength side, the site was located in a busy medical clinic with a massive electronic medical record (EMR) database, but the assessment also identified disengaged staff and inconsistent quality as problem areas, as well as an upcoming audit, a PI nearing retirement and a competing trial center down the road. But the analysis also revealed saving graces: a strong vaccine trial pipeline and close proximity to other sites in the site’s network.

With other sites in the network available to take on trials in other areas, the challenged site could limit its focus to its specialty. “To be able to have that ability to scale up in staffing for a busy vaccine study, it just made sense to commit to purely have a vaccine site,” Beaudette said.

The site streamlined its trial portfolio, identifying trials to focus on while letting others go. This renewed focus saw the site come up with clear goals and rewards for each trial that were tied to site finances. In addition, they developed a strategy for choosing future trials that considered the clinic’s EMR database, advertising and outreach potential, existing workloads, patient need, trial complexity and other competing trials, she said.

To address its communication challenges, the site put together a new strategy in which research meetings involve only necessary personnel in order to conserve time and resources, but a quarterly bulletin for all practice staff keeps them connected to what the research team is doing.

A new external change plan focused on community outreach, which had been nonexistent for the site. The outreach plan features community engagement through events and referral networks while also closely tracking the success of these efforts. In addition, the site began holding regular meetings with clinic management to strengthen their relationship and ensure they worked together successfully.

Their efforts paid off, Beaudette said. The site has shifted its primary focus to vaccine trials while still taking on a few trials in general primary care, received full access to the practice’s EMR database, set up a more prominent office space and now receives patient referrals from the practice. It also added two well-trained, consistent clinical research coordinators and a research assistant dedicated solely to its trials, and was able to keep the retiring PI on board in a research-only capacity through a succession plan.