Home » Give Us a Voice: Sites Clamor for a Say on Vendor Selection

Give Us a Voice: Sites Clamor for a Say on Vendor Selection 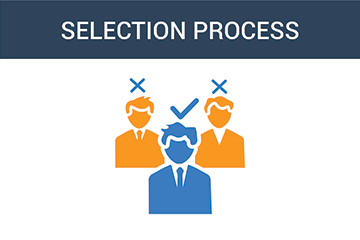 Although decentralized trial (DCT) approaches have been largely responsible for keeping trials afloat during the pandemic, a major drawback for sites has been not only the number of vendors they require but also sponsors’ failure to consult the sites that will work directly with those technology and service providers.

Sites are becoming increasingly frustrated at being held accountable for the work of vendors they had no say in choosing, said several site representatives speaking at MAGI’s Clinical Research Conference in Boston last week. And with decentralized trial solutions on the rise, their lack of voice in provider selection is adding problems to a landscape already encumbered by strained resources, increased workloads and frustrated staff. Sponsors and CROs need to do a better job of including sites in the selection process, they agreed.

Terry Stubbs, CEO of site network ActivMed Practices and Research, has seen firsthand the kind of issues that can arise when sites aren’t allowed to vet sponsor-selected vendors: research staff that hadn’t been adequately trained, web-based appointment systems that didn’t work with the site’s scheduling system, lab issues, eDiary problems and others.

“How does a site deal with a lot more vendors that they’re not even familiar with and have not selected?” Stubbs said. “Every time there was an issue with the diary, who would patients call? The coordinator. The coordinator can’t coordinate if she’s trying to figure out how to tell patients how to do their diaries.”

Bill Taaffe, chief strategy officer for Affinity Health and a 40-year veteran from the CRO side, said he has been surprised by the lack of support sites are being given when it comes to DCTs and the use of vendors for their various functions.

Taaffe, who has worked in the site sphere for just a year and a half now, said he is supportive of hybrid DCTs, as they offer a host of great benefits, including real-time data, immediate recording of what happens during home visits and reduced burden on patients. But the problem of sites being left out of vendor selection is still a major hurdle.

“If pharma and CROs are having discussions about who to use, why don’t they talk to sites?” he asked. “We’re at the coalface, we’ve seen the issues,” he said.

The biggest sticking point, Taaffe said, is that a site is often told “at the last minute, sometimes halfway through a trial, it’s going to be pivoted toward a DCT model … and here are the vendors you’re going to work with.” The site, especially its principal investigator (PI), becomes accountable for all aspects of a trial — including vendor conduct — when it signs the FDA’s Form 1572 Statement of Investigator, which the agency considers a legally binding commitment.

One vendor category stands out to Taaffe as being particularly problematic for sites: home-based care providers. Without a voice in selecting the home nursing vendor, sites have little to no control over how home visits are conducted. In his experience, sites aren’t compensated at all if anything goes wrong. Further, participants contact the site when problems arise, not the vendor, consuming resources and time and leaving the site to deal with something that was outside their control.

Are outside providers actually necessary for making at-home visits happen, asked Christian Burns, president of Elligo Health. Sites would likely agree it should be their responsibility, not a vendor’s, he said.

One MAGI attendee, a PI and telemedicine provider outside of research, echoed this sentiment, noting that his site has set itself up to do home health visits with its own staff in case a trial calls for it. The site isn’t comfortable with home health providers at this point, he said. Some very serious concerns need to be put to bed before sites will fully embrace DCTs, he believes.

Frustrations have mounted, too, over the growing amounts of technology used by sponsors in trials. This can lead to lengthy lists of passwords that sites need to remember to sign into the multiple different systems, for instance, as well as issues in getting timely support.

“When it comes to sponsor technology, having to work through both sponsor and vendor help desks to solve a problem can be incredibly time-consuming and pull staff away from patients for long periods of time,” Catherine Gregor, chief clinical trial officer for Florence Healthcare, told CenterWatch Weekly. “Additionally, if the tech is something needed to support patient care, you are often operating on different timelines. Something that is urgent to you may not be as urgent to a vendor.”

“Every site I’ve talked to has pain with hybrid trials,” Taaffe said. “Two sites I talked to said they will not do a hybrid trial because of these issues. Don’t have all these discussions on the side,” he advised sponsors and CROs. DCTs are poised to become a major part of the clinical research landscape, he said, “but if you don’t get the sites involved in the upfront discussions and the selection of vendors, it’s going to take a long time.”