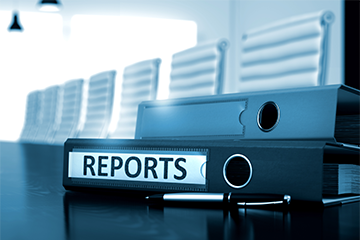 Sponsors and indirectly sites are still not where they need to be on meeting postmarket trial requirements and commitments, the FDA’s latest analysis shows: 24 percent of annual status reports for required or agreed upon postmarket trials were either late or unfiled in fiscal 2020.

Counting both new drug applications (532) and biologics license applications (175) — 707 in total — the agency’s latest update shows that 94 reports (13 percent) were received late by the FDA, while 76 (11 percent) were expected but not received at all, translating to nearly one in four yearly status reports missing their deadlines.

Although a majority of expected reports reached the agency on time, these findings are considered worrisome by some experts, considering sponsors are required to file annual status updates for each of their open postmarketing requirements/commitments within 60 days of the anniversary of initial FDA approval or by an alternative date granted by the agency.

This latest analysis shows that sponsors actually did worse, statistically, on filing annual status reports on time (or at all) compared to fiscal 2019’s assessment, which revealed that 21 percent of reports missed their deadlines. But the agency advised against making straight statistical comparisons between the analyses from year to year, as the number of open postmarketing requirements and commitments varies annually.

It’s also possible that some sponsors have actually met their commitments, including getting the data that they need from sites, but didn’t get their status reports in on time. Lindsay McNair, chief medical officer for WCG, noted that missed deadlines on yearly status updates don’t necessarily indicate that a sponsor is failing to fulfill its postmarket obligations.

For the 358 combined NDA and BLA postmarketing commitments, nearly one-quarter were not on track. Further, the latest analysis found that almost three dozen trials required as part of accelerated approvals were off schedule.

Additionally, the report shows that the annual fulfillment rate for postmarketing requirements has never exceeded 49 percent, noted Jerry Avorn, professor of medicine at Harvard Medical School, who looked at the analysis and found the results “troubling.” But it goes deeper than just these findings, he said.

“How timely a report is or isn’t depends on the initial timeline the FDA negotiates with the manufacturer. Those expectations are often overly permissive,” Avorn contended. “In the case of FDA’s disastrous approval of Aduhelm last summer, for instance, the agency gave the manufacturer nine years to complete the required follow-up trial, which was unconscionable. But that study wouldn’t appear ‘delayed’ for many years in any assessment like this. And none of the data about timeliness or completion rates speaks to the rigor or relevance of the studies required.”

This week, Patricia Cavazzoni, director of the agency’s Center for Drug Evaluation and Research (CDER), asked Congress for assistance in reforming the accelerated approval pathway, according to reports. She noted that the agency, under the current accelerated approval pathway, is unable to ensure that sponsors have follow-up trials running or initiated, or at least have a trial strategy established (including selecting sites and having the protocol ready), by the time an approval is granted. Cavazzoni also believes that the withdrawal process for accelerated approval drugs could be refined so that it is faster and not nearly so taxing on the agency.

FDA Commissioner Robert Califf has named improving compliance with postmarketing requirements and commitments a priority, though how the agency will pursue this remains to be seen. Wayne Pines, president of healthcare for APCO Worldwide, noted the complexity surrounding this issue, a problem that’s not likely to be made better by simply fining those in violation, in his view.

Although the agency has the authority to levy financial penalties on noncompliant sponsors, to date it has not done so. Pines believes that the administrative processes the FDA would have to go through hundreds of times to fine sponsors at scale “is probably beyond the capability of the staff at the FDA due to the size and volume of this kind of work.”

“The important part is not the fines; the important part is to get the data and that’s what the FDA has to sort out,” he said. “There are so many issues here, and what they really want is to have the data (from sites). I suppose they could start instituting fines, but it would be very, very cumbersome.”

On the industry side, he believes this latest report “doesn’t make the industry generally look good to have such a high noncompliance rate in such an important area.”

Meanwhile, the FDA recently sent a letter to Ocugen, a biotech headquartered in Malvern, Pa., for failing to submit the results of a phase 3 trial to ClinicalTrials.gov, hitting the company with a notice of noncompliance and warning it of potential financial penalties, which can be significant if imposed.

The agency relented last year to increasing criticism over the FDA neglecting to enforce fines on sponsors and site investigators that fail to post their trial results as required and began issuing noncompliance notices; Ocugen’s marks the first of 2022. Three were issued in 2021, according to the agency. Although the agency has begun sending out these letters, it has not issued any fines to date.