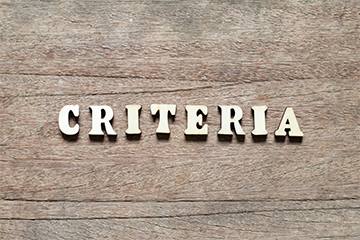 Even in 2022, overly stringent eligibility criteria remain a serious hurdle to making oncology trials representative of the U.S. population. Some diseases, such as diabetes, hepatitis C, HIV or AIDS, that may be more prevalent in underrepresented populations but are in fact quite manageable, need to be dropped from eligibility criteria, experts say.

Patients are being kept out of cancer trials for having these diseases — Blacks, for example, have higher rates of hypertension and diabetes than Whites — and it may make sense to relax these exclusion criteria so that more diverse populations can be brought into cancer research, says Jose Trevino, associate professor and chair of the Virginia Commonwealth University (VCU) Massey Cancer Center’s Division of Surgical Oncology.

Trevino was an author of a recent analysis by researchers at VCU and the University of Florida College of Medicine that was published in the Journal of Clinical Oncology and found that eligibility criteria disproportionately barred Black patients from enrolling in pancreatic cancer trials compared to Whites. The study’s researchers came up with revised criteria that successfully improved the inclusion of Black participants.

“For the most part, [eligibility criteria] are based on comorbidities that might not allow a patient to either get through the trial or will not provide the data or be able to give you a good assessment of the drug being used. There are some that clearly make sense, where you know they’re not going to do well,” Trevino said. “But in 2022, it seems we’re still excluding patients who have diseases that are fairly manageable or diseases we can eradicate or at least make better to some degree.”

Eligibility criteria are determined by sponsors, and some experts have alleged that financial interests play an outsized role in defining criteria to ensure there are no confounding variables interfering with favorable trial outcomes. However, it’s possible that loosening up the eligibility criteria would not in fact negatively impact trial results and both sponsors and sites have a role to play in making sure this happens.

“While the sponsor does have an influence, the site should as well,” Trevino said. “Here at VCU, we have a large Black population, so we took it upon ourselves to ask the question. We have a very diverse population and it doesn’t make any sense that we exclude them.”

Lori Abrams, vice president of patient advocacy and clinical research diversity at WCG, agrees with Trevino’s recommendation, advising sites to bring up with sponsors any eligibility criteria that feel like an enrollment barrier. But she stresses that the best time for sites to offer their thoughts on potentially troublesome criteria is before the protocol is finalized.

The FDA has shown an increased interest in addressing these issues and has held workshops and released guidances on how to best craft eligibility criteria to encourage the enrollment of underrepresented populations. Regulators in the UK and the EU have taken similar actions.

And Trevino believes that major advocacy organizations, such as the American Society of Clinical Oncology, the American Association for Cancer Research and other groups, eventually will come together to develop solutions for addressing restrictive criteria and their impact on cancer patients. But he also feels that researchers themselves need to take a stand and come to a consensus on eligibility criteria so that underrepresented populations aren’t unfairly excluded.

“We know there’s a problem, but nobody was bringing it to the forefront for a variety of reasons. In this particular paper, we blame ourselves for the disparity of trial eligibility. We had to do that, because for the longest time, people were basing the lack of recruitment on history, that minority populations felt that they were being ‘experimented on,’” he said. “This might not be a cultural thing — it might be that as physicians, we’re excluding patients. We’re responsible for some patients not being eligible.”

Abrams believes it’s important that researchers evaluate the subpopulations that are being excluded from oncology trials to understand the real reasons why.

“Is the reason because that is the manner it has always been done or can industry pick apart concurrent illnesses, specific lab values and prior/current therapy, and determine which ones individually should prohibit participation?” she wonders.

Revising the pancreatic cancer study’s eligibility criteria worked for the VCU and University of Florida researchers: while the initial criteria made Black patients more likely to be ineligible for participation compared with White patients (42.4 percent vs. 33.2 percent), the revised criteria removed this difference in ineligibility rates.

“Restrictive criteria perpetuate disparities in clinical trial participation, limit the generalizability of results and may not be medically justifiable. Careful consideration of the medical necessity of each criterion is needed on a trial-by-trial basis,” the researchers concluded.

Eligibility criteria is just one of many barriers standing in the way of diversifying cancer research, Abrams noted. Trial access and awareness, genetic testing, late-stage diagnoses and logistical challenges are all still big impediments for many underrepresented patients, as are feelings of fear and mistrust, implicit bias and a lack of understanding treatment options.

Sue Friedman, executive director of Facing Our Risk of Cancer Empowered, a patient advocacy group, believes it’s also critical for sponsors and sites to include the voices of advocates and patient representatives early in the study design process.

“Those of us who have been through the experience of navigating the health system and those trained to identify and raise concerns about unintentional barriers can help study teams try to design studies that are accessible to the widest and most diverse group of patients possible,” she said.

Some lawmakers on Capitol Hill are pushing to make trial diversity a requirement. In February, Reps. Anna Eshoo (D-Calif.), Brian Fitzpatrick (R-Penn.) and Robin Kelly (D-Ill.) introduced the Diverse and Equitable Participation in Clinical Trials (DEPICT) Act, which would require sponsors to report enrollment targets and demographic data and submit diversity strategies to the FDA if passed. Notably, the bill also arms the FDA with the power to require postmarket studies when sponsors can’t adequately justify failing to meet their diversity targets and would require the agency to publish a yearly report analyzing the demographic data sponsors would have to submit (CenterWatch Weekly, Feb. 7).

The FDA has also made recent moves on spurring diversity in research, issuing a new 12-page draft guidance this month that encourages sponsors to file detailed diversity plans in their trial applications. In the guidance, the agency says that it “will evaluate the … diversity plan as an important part of the sponsor’s development program” (CenterWatch Weekly, April 18).