Home » Expect the Unexpected: How Sites Can Prepare for Final Protocol Curveballs

Expect the Unexpected: How Sites Can Prepare for Final Protocol Curveballs 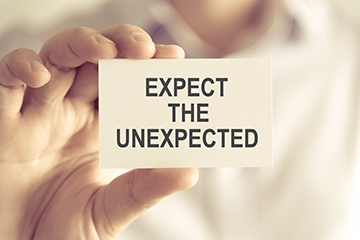 Final trial protocols don’t always match what a site agreed to in contract negotiations, so sites should be prepared to question sponsor changes, alter site operations and even request more money before they start a trial. Sites are facing this frustration more often than in past years as some sponsors and CROs rush to put together decentralized trials with little prior experience.

An increasing use of new technologies and decentralized approaches as well as an increasing number of secondary endpoints and amendments in protocols makes the potential for revisions even greater.

“These multiple technologies and hypotheses require extremely detailed, fine-tuned and precise processes and resource allocation on the site side,” said Jimmy Bechtel, vice president of site engagement for the Society for Clinical Research Sites. “Even one small change can have a much larger effect in 2022 than it ever has before.”

Unanticipated final protocols have been around as long as protocols themselves, but they now hold the potential to be more disruptive to sites in today’s clinical research landscape, he says, making it critical for sites to be prepared. This development is directly linked with the trend of increasing protocol complexity that continues to impact sites (CenterWatch Weekly, Jan. 17), as well as a rise in DCTs.

Sponsors may not even be aware of the total impact of the changes if sites don’t speak up, Bechtel told CenterWatch Weekly. “They just see the changes they need to make, not the downstream effects” on sites, Bechtel said.

Sites need to seek clarification on why the changes were made, he said, and assess what ramifications the modifications will have. Because unexpected changes are not always avoidable, sites should have or be prepared to quickly create a process to evaluate a protocol that contains unexpected changes.

Bechtel advises building a process around “sudden and unanticipated protocol changes” that outlines how to evaluate their impact. These changes can include a change in technology, such as an eDiary or app that requires different training or an extra lab procedure that wasn’t originally scheduled. That process should include a cost assessment to gauge any impact on the trial budget and a risk assessment to identify new or altered risks for patients and the site itself. The site’s existing standard operating procedures or the new process should include a resourcing analysis to determine whether the site will need more or less staff resources and/or capital.

If protocol changes lead to costs not already accounted for in the trial budget, sites shouldn’t shy away from requesting any and all financial compensation needed to adjust, even if budget negotiations are considered to be concluded.

“A site should always fight for what it is owed for these additional expenses. This is a business necessity — don’t bend just to keep a positive relationship” with the sponsor, Bechtel said.

The FDA can also complicate matters, notes Carolann Schimanski, director of business development at WCG. When the FDA reviews a trial protocol — a process that usually occurs while the site conducts startup tasks — it may require amendments before it approves the protocol, she said.

By the time the agency completes its review, a site may have already negotiated consent form language, budgets and contracts, and be ready to go. With any luck, Schimanski said, the FDA clears the protocol without changes, but if it does require amendments, the site may have some “rework” to do.

Sites should be prepared to see at least three amendments on average and an even higher number for early-phase trials, according to Catherine Gregor, chief clinical trial officer for Florence Healthcare. Although sponsors often don’t expect the FDA to make significant revisions, this isn’t always the case; inclusion criteria and schedules of events can both see big changes depending on the agency’s feedback and both have a big impact on study setup for sites, she said.

Sites may want to hedge their bets against unexpected changes, Gregor says, by holding off on more labor-intensive activities until they get closer to trial activation.

It’s important to budget for these possible amendments, Schimanski notes. To this end, sites should always include overhead costs in their initial budget (the one they agree to before the protocol receives FDA approval). This will give them the security of getting paid for the work they put in upfront and leverage for negotiating an amendment budget. “Ensure that [the] original budget contract has these overhead or startup fees included with a clause that says, ‘we will get paid for this regardless of whether or not we enroll one patient,’” she advises.

In addition, sites should persistently question sponsors on protocol finalization — they may not always get the answer they want, but it can be well worth it even if it only works occasionally, Bechtel said. Asking the sponsor if the protocol is finalized and approved and if there are any anticipated changes to consider for budgeting purposes should be made part of a site’s standard checklist of pretrial work and is something sites shouldn’t be afraid to do, he said.