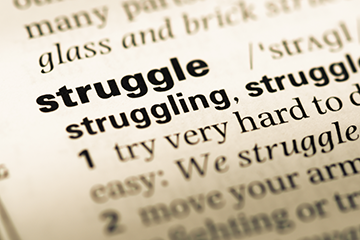 A new, comprehensive analysis of diversity in clinical research says the efforts are caught in a “decades-long, slow and piecemeal struggle,” and making significant advances will require focused action by sites, sponsors and regulatory agencies.

A large-scale analysis by Trinity Life Sciences, a clinical research consulting firm, which included reviews of more than 300 peer-reviewed journals and multiple in-depth interviews with principal investigators (PIs), trial coordinators and minority patients who participated in trials, offers a revealing look at the state of diversity in clinical research. The takeaway: there’s still much work to be done on the part of sites, sponsors and regulators, with ethnic/racial minorities commonly accounting for just 5 to 10 percent of trial participants despite comprising more than 40 percent of the U.S. population.

The white paper says that sponsors operate in an “insulated system” when it comes to selecting sites. Clinical trial coordinators and physicians reported that sponsors mostly stick to sites they’ve worked with in the past, passing on sites in minority communities in favor of sites in well-resourced areas that are mostly White.

“This is not to say that the system of choosing sites needs to be completely overhauled. Rather, it is a suggestion that the list should be examined in aggregate and expanded or modified,” Trinity says.

The paper also addresses a somewhat divisive FDA policy proposal: establishing minimum requirements around diverse enrollment in clinical trials. Doing this would require Congress to pass legislation enacting these thresholds at the agency, and there are bills under consideration. Industry trade group PhRMA has balked at the idea of sponsors and sites facing additional requirements, and Trinity itself notes that such a policy would likely make trial enrollment, an already difficult task for sites, even slower and more burdensome.

“I think this is a step in the right direction,” Danielle Coe, CEO and founder of Black Women in Clinical Research, told CenterWatch Weekly.

The analysis further suggests that a centralized, FDA-run database would help improve diversity in clinical research if executed properly. This database, which patients could register with for clinical trial consideration right after being diagnosed, could help to connect patients with doctors and be used to link minority groups with trials that need a more diverse population.

In addition, Trinity identified a troubling mistrust that minority patients feel toward the physicians who treat them, many of whom serve as principal investigators on trials.

There are barriers, too, when minorities do enroll in trials, the analysis found. Respondents said they may hesitate to finish a trial due to a lack of additional information, support and complete answers to their questions, as well as a misunderstanding of how trials work and what’s required of them. The complexity of trial requirements is also a factor, and patients say a familiar or trustworthy person to go to in a trial might encourage them to stay all the way through.

On this communication issue, sites and sponsors should actively work to engage with minority patients and offer more transparency throughout a trial so that patients remain motivated and connected with the research. Trinity believes this may be the easiest short-term diversity strategy to put in place.

Trial sites should work with community medical centers to cut down on travel burden, a significant and often cited hurdle to minority participation. This can be done by outsourcing routine lab work to a setting more local to the participant, Trinity says, to remove the stress and burden of traveling potentially long distances to a site for routine tasks.

Patients interviewed said that they had more interest in receiving cost-neutral reimbursement rather than higher compensation, with their motivation to participate fueled unanimously by the prospect of improving their disease conditions. The unique needs of these patients should be given careful thought.

Sites should keep in mind that some patients of lower socioeconomic status may not have the technology needed to research trials on their own, use social media or engage with online support groups. Telemedicine approaches, adopted at large scale due to the pandemic, have helped with many socioeconomic problems when the patient has the technological capabilities, but a lack of technology access is an issue in itself for some minority groups. More efforts should be made to connect with minorities through physical community locations and other forms of in-person outreach as well.

“Many individuals, including racially and ethnically diverse individuals, simply aren’t aware of clinical trials. Thus, outreach is important, but it should be done in a culturally appropriate way,” said Chang.

Overall, addressing the barriers that minorities face may hold the most promise for improving diversity, but doing this requires strong support, collaboration and direct communication between sites and sponsors.

“This renewed and sharpened focus on diversity in clinical trial participation holds promise in affecting tangible change within research and may even go a long way toward increasing trust within the medical community,” Trinity says.