Home » Sites, Sponsors Should Carefully Negotiate Who’s on the Hook for Patient Injuries

Sites, Sponsors Should Carefully Negotiate Who’s on the Hook for Patient Injuries 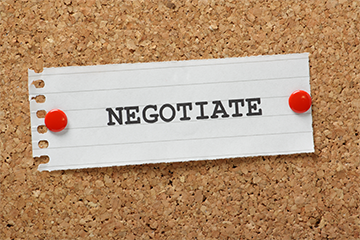 When negotiating a Clinical Trial Agreement (CTA), it’s essential that sites know what to look for and how to negotiate with sponsors when it comes to patient injury provision language.

What’s at stake could involve thousands, sometimes millions, of dollars in unexpected costs, not to mention the time involved sorting out who is responsible for paying patient injury reimbursements. What’s critical is for sites and sponsors to craft CTA language that makes these responsibilities crystal-clear. To be sure, experts advise that sites have a comprehensive strategy in place to manage potential patient injuries, effectively track adverse events (AEs) through various departments and avoid double-billing the wrong party or not billing at all (CenterWatch Weekly, March 14).

“Subject injury is one of the most important provisions for sites to carefully review and negotiate,” Casi Morales, contract manager for the University of Utah Health’s Utah Trial Innovation Center, told CenterWatch Weekly. “There is additional responsibility for the site with regard to this provision, as it can directly affect the study participant and ensure their full payment for all diagnosis and treatment costs for injuries that arise as a result of participation in the study.”

Sites should be wary of conditional language in the CTA’s patient injury provision that says sponsor obligations only apply if certain conditions occur — such as if the site immediately notifies the sponsor of injuries. It also includes language that imposes time limits, such as “during the study,” says Jody Ingebritsen-Howe, manager for clinical research contracts and compliance at WCG.

In language defining what an injury is, a sponsor might propose something such as: “A subject injury shall mean an unanticipated, immediate physical injury suffered by a study participant as a direct result of the study drug as determined by the sponsor.” There are a number of words and phrases that sites should focus on, including:

Morales echoes the need for sites to negotiate language that lets the sponsor take part in the determination process. “Allowing the sponsor to participate in this determination, particularly as dictated by contract, could be viewed as a conflict of interest as it directly affects their own liability for the injury,” she explains.

Address a problematic injury definition by pushing for a sentence similar to: “A ‘subject injury’ shall mean an injury and/or illness suffered by a study participant as a result of the study drug or any procedure required by the protocol as determined by the investigator,” Ingebritsen-Howe advises.

In defining sponsor responsibilities, a sentence such as the “sponsor will pay for the reasonable and necessary expenses incurred at sites and resulting from emergency care required for any subject injuries that are not covered by a study participant’s insurance” also contains some concerning language:

Sites should focus on language that first requires payment for injuries by the participant’s insurance, Morales says, as this could violate the Medicare Secondary Payer Act depending on insurance type. Additionally, it puts unneeded burden on the patient, who would have to first send study injury bills through their private insurance and would likely see delayed reimbursement as a result, she says.

With the possible exception of trials that don’t involve patient care, such as registry studies or chart review studies, injury compensation should always be explicitly laid out in the CTA. This is to ensure that trial risks are properly allocated and that the sponsor and site are on the same page on reimbursement responsibilities, says Ingebritsen-Howe.

Subject injury expenses, including the costs of diagnosis, hospitalization and/or treatment itself, should be the sponsor’s responsibility and be “as broad as possible” in the CTA, she recommends. In her view, although patients acknowledge some risks by consenting to participate, that doesn’t mean sponsors should be held financially responsible for all those risks.

“Sponsors rely on volunteers to sign up for their study, to say ‘OK, we’ll volunteer our time and our wellbeing to potentially further medical research.’ In order for sponsors to get that data, they need these patients,” she said. “They are ideally going to be able to commercialize this product and make money on it. They’re not bad guys for that being the case, but they’re the ones that are better suited to take on a little financial risk. If we’re talking about a big pharma company vs. one individual who gets hurt, one of those two is better suited financially to take on a little bit of risk.”

Morales adds that sites should not accept any financial limits or caps on injury payments, as injury costs will completely depend on the injuries and medical interventions involved.

Exceptions should be made for sponsors, however, including expenses resulting from site negligence and failure to follow the trial protocol, she says. For example, sponsors should not be on the hook if a site forgets to obtain informed consent and a participant is injured or when a PI accidentally gives a participant a double dose one week. In addition, Ingebritsen-Howe believes sponsors should not be held responsible for expenses related to the expected progression of a participant’s underlying illness or preexisting condition.

Todd Davies, associate director of research and development, division of addiction sciences at Marshall University Joan C. Edwards School of Medicine, agrees with the sentiment that expenses for injuries stemming from the investigational product or protocol should be the responsibility of the sponsor as long as a site hasn’t made a mistake.

“If sites do their job as they’re supposed to and follow the protocol — they have no control over the protocol, sites either agree to it or they don’t — and there’s an injury caused by the product or protocol, expenses should fall back on the sponsor. Making sure that that’s laid out appropriately in the CTA is absolutely necessary to make sure sites don’t end up with a bill or a liability they had no control over,” Davies says.

Davies notes the additional importance of ensuring that the CTA’s injury provision language lines up with what’s in the ICF, as well as making sure the ICF clearly states who is financially responsible for which kind of injury. “The patients have to be able to know where to go to get reimbursed for that injury and that should be in the informed consent,” he said.

Side effects listed in the ICF may extend beyond what is reasonably anticipated in terms of severity, and it will be up to the IRB to make that call, he notes.

“It is all about lowering liability and making sure the injury language doesn’t violate a site’s insurance policy. Most insurance will have specific language about what they will and will not cover. Sites need to be sure that they don’t agree to any language that does not satisfy their insurance requirements,” Davies said.