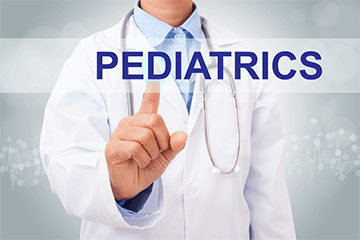 Sites conducting pediatric research continue to hit two barriers, according to a new analysis of pediatric trials. Trials are too often abandoned by sponsors focused on commercial, rather than scientific, success. And a lack of data-sharing and reporting of results limits what sites can learn from each other.

Looking at 13,259 pediatric trials on ClinicalTrials.gov that were enrolling from October 2007 to March 2020, the analysis, published last week in Pediatrics, reveals that 11.1 percent of pediatric trials were cut short, primarily due to sites’ difficulties in recruiting participants, with industry-sponsored trials much more likely to be dropped than those with government or independent academic funding.

“The small market size can make the incentive gap challenging to overcome [and] companies may have a low threshold to terminate a trial if it does not align with commercial interests,” the researchers wrote. “Another potential explanation lies with the nature of trials undertaken by industry sponsors. The risk and complexity inherent in many pharmaceutical and device studies may predispose industry trials to higher rates of discontinuation.”

To make matters worse, Brewster adds, virtually none of the discontinued trials shared their findings, making it hard for other sites to rescue any data from them.

Even among pediatric trials that did conclude successfully, a large majority did not report their results or publish them within three years of completion, the study found. Specifically, 23.5 percent of investigators had reported results to the ClinicalTrials.gov registry, while only 38.8 percent published results in a peer-reviewed journal within three years of completion, according to the findings.

These issues extend across all funding sources for pediatric trials, the researchers found. Sites conducting industry- and government-funded trials, for instance, most often reported their findings to ClinicalTrials.gov and published their results. On the other hand, investigators in trials funded by an academic institution or medical center were least likely to report their results but significantly more likely to publish findings within three years.

Although the study found that these problems continue to plague sites focused on pediatric trials, the researchers did see a reduction in the number of discontinued trials and an increase in the number of trial results that were published over the analysis period. This may be a “promising trend,” they say, but their findings highlight that a serious long-time issue in pediatric research still remains: “outcomes [that] lead clinical guideline authors, policymakers and funding authorities to rely on an incomplete and biased knowledge base.”

This prominent lack of reporting and publishing of pediatric trial findings is an ethical disservice to the children who took part in a site’s trials and is fueled in large part by whether trial outcomes were significant, according to Brewster. Selective reporting and publishing “introduces considerable bias in the available literature, which is consequently skewed toward favorable or significant findings,” he says.

“Clinical trials are the highest standard of evidence to inform pediatric clinical practice. Compared to adults, much of the care we provide for children is not supported by rigorous data, which can be both harmful and wasteful,” says Brewster.

Echoing this sentiment, Alan Schroeder, senior author of the study and associate chief for research in the division of pediatric hospital medicine at Lucile Packard Children’s Hospital Stanford, notes that with the exception of vaccines, a large proportion of drugs used in children are not supported by site-conducted randomized controlled trial (RCT) data.

This makes reporting and publishing gold-standard data — and launching and completing more pediatric RCTs — all the more critical for pediatric care, especially in a time when researchers are increasingly looking to real-world data (RWD) to understand the efficacy of various drugs, including for pediatric patients.

“There have been so many medical reversals in adult medicine — interventions seem promising based on observational data, but then are proven ineffective when rigorous RCTs are conducted. In pediatrics, most of what we do … is not backed by RCT data,” Schroeder says. “It is certainly possible that if we subjected many of our common [pediatric] interventions to RCTs, they would similarly be deemed ineffective. Increasing the initiation and completion of RCTs in children should be a national and global priority.”

This reliance on RWD isn’t coming out of nowhere; pediatric trial sites have many challenges that make them hard to conduct and complete, Schroeder says. Parents and guardians are often hesitant to consent to their children’s participation, for example, and it can be hard to obtain funding or find children with rare diseases for pediatric trials.

Jeri Burr, executive director of the University of Utah School of Medicine’s Trial Innovation Center (TIC), elaborated on the difficulty sites have completing pediatric trials. For example, in one RCT of children with congestive heart failure, it took sites five years to enroll 161 children sick enough to meet the trial’s inclusion/exclusion criteria, she says. Burr notes that pediatric trials are harder to do than adult trials in many respects, and this can be particularly visible in enrollment: similar adult heart failure trials, for instance, often enroll thousands of participants in a much shorter time.

Patience Stevens, IRB medical vice chairperson for WCG IRB, was not surprised by the findings of the study, expressing her hope that the publication will spur sites’ interest in considering “alternative and enhanced maneuvers” to tackle pediatric trial discontinuation and nonreporting.

With enrollment the biggest thorn in the side of pediatric trials that were discontinued across all funding sources, Brewster recommends sites employ recruitment and retention strategies that enable them to “meet the child and family where they are.” For example, accommodate their schedules to the greatest extent possible and minimize invasive procedures, such as blood draws, he says. In addition, explaining the importance of the research to the patient and their family is helpful, as is casting a wider net by pooling data across multiple sites and institutions.

On improving reporting and publication of pediatric trial results, Brewster believes that journals should commit to publishing negative results of studies, for one. In addition, data from previously completed pediatric trials should be shared and reused, when possible, and greater support should be given to multi-institutional research.

Another study of pediatric trials published last week looked at participant diversity and found that a problem with representative participation remains, although there have been improvements.

The study, published in JAMA Pediatrics, analyzed 612 articles published from 2011 to 2020 on pediatric trials that comprised around 565,000 participants. Researchers found that 79.4 percent of these trials reported participant race while 55.2 percent reported ethnicity, concluding that although the reporting of race and ethnicity improved over the analysis’ timeframe, it’s still underreported in pediatric trials.

In addition, they found that sites enrolled Black children more proportionally to their U.S. population figures, while Hispanic children were enrolled about equal to their U.S. demographics. And while enrollment of White children was below expectations, they still represented nearly half of participants.

On the other hand, Native American, Asian and Pacific Islander children were all enrolled at a rate lower than their respective populations. The findings suggest that inclusivity approaches sites used to recruit Black children could be applied to those racial and ethnic groups that remain underrepresented, the researchers said.

The study signals that pediatric trial diversity and the reporting of race/ethnicity data are on the right track but not all the way there yet, says Eric Coon, associate professor of pediatrics and a pediatric hospitalist at University of Utah Health.

“The findings … suggest that pediatric trials are moving in the right direction with respect to diverse participation. However, there clearly remains work to be done, with roughly a quarter of pediatric trials in 2020 failing to report either the race or the ethnicity of their participants,” he says. “Racially and ethnically diverse trial participation ensures that access to the benefits of research are equitably distributed. Diverse participation in trials also supports generalizability, or the extent to which trial findings are applicable to all members of society.”

John VanBuren, assistant professor and data coordinating center statistician at University of Utah Health and a part of the university’s TIC, advises that a breakdown of patients by race and ethnicity in participant flow diagrams that describe what happens to screened patients, not just randomized participants, should be included in peer-reviewed publications.