Home » To Traverse ‘Logjam’ of Trials, Sites Should Be Selective and Scrutinizing with Their Portfolios

To Traverse ‘Logjam’ of Trials, Sites Should Be Selective and Scrutinizing with Their Portfolios 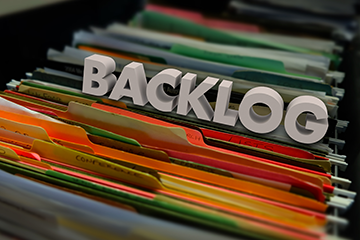 A record high number of U.S. trial starts combined with persistent site staffing shortages is creating a pileup of trials that sites are finding very difficult to wade through. The solution is a more selective approach to accepting trials that focuses limited resources on high-value targets to keep research moving forward in the most important areas.

Planned trial starts reached 5,500 in 2021 and trial activity levels are higher than ever, even excluding COVID-19-related trials, according to an IQVIA report, which shows that there were 14 percent more planned trial starts last year than in 2020 and 19 percent more compared to 2019. WCG also reports a strong upward trajectory of industry-sponsored non-COVID trial starts, with the fourth quarter of 2021 seeing 1,015 initiations alone.

While 2020 saw a significant dip in new trial starts and many trial pauses in reaction to the pandemic, new trial initiations began rebounding last year around the start of the nationwide “Great Resignation,” and sites are seeing personnel shortages affect every operational area, says Sandy Smith, senior vice president of clinical solutions and strategic partnering at WCG.

“Some research organizations reported a loss of 50 percent or more of their staff over a several-month period, severely compromising their ability to maintain their current trials, much less the new trials in the pipeline,” Smith says. “Staff shortages are impacting all functional areas in research, including those who work on budgets and contracts. The pent-up need to open new trials coupled with limited site capacity is leading to the logjam, which is unfortunate for patients who may benefit from these clinical trials.”

In response to this stressor, HCI started placing limits on the number of new trials it is able to review and consider for activation each month. These limits, born out of necessity for sites, are behind the massive waiting lists of trials that so many are having to manage, Moehle says.

“There is a significant backlog of new trials waiting to formally begin the activation process at most clinical trial sites, the root cause primarily being limited staff resources to safely execute trials, including high volumes of staff vacancies and weak candidate pools in all areas of clinical research support,” she says.

In the current landscape, it’s common to see sites with 30 to 50 trials sitting in backlog and awaiting activation, according to Moehle. These trials are past the confidential disclosure agreement (CDA) and site selection stages, and sites have all the required documents for trial startup — the trials are simply waiting their turn in line for activation. This creates another challenge: having to handle constant inquiries from sponsors and CROs who want reliable timelines and status updates on their trials, she says. Larger research centers have reported as many as 50 to 70 trials that are waiting to be activated, Smith says.

The way forward, Smith and Moehle agree, is for sites to stop indiscriminately accepting every trial that is offered to them and prioritize trials by their potential value, such as chance of success or importance of the research to be conducted.

Sites should provide their principal investigators (PI) and research leaders with guidelines that can help them manage trial portfolios and be selective, such as a point system to rank incoming trials or objective criteria that can be applied to ensure new trials match the site’s strategic initiatives, Moehle says.

There needs to be a system in place for assessing and overseeing trial success, in addition to regular evaluations of trials, to free up resources and space for trials deemed more valuable, Smith explains. Trials that are doing poorly on enrollment, for instance, could be on the chopping block for many sites.

“Sites are looking at their portfolio and choosing to close some trials early to reduce the volume of trials and make way for those with the potential for higher enrollment or more novel therapies,” she says. “One site recently reported that they had to ‘prune’ the number of new trial starts, even those trials they had started working on. This is being done to maintain patient safety as well as quality in conducting trials.”

In some cases, sites have been straightforward with sponsors that they cannot accept new trials, while others have moved to work only with sponsors they have a history with to avoid frequently lengthy budget negotiations with new sponsors. HCI opts to obtain a written agreement to site fees early on from sponsors prior to other activation work. If the sponsor won’t accept, HCI will likely pass on the trial in question, Moehle says.

Sites are also now insisting on reviewing the key details of a trial before they even think about signing a CDA, with resources so tight that they’re gauging if it’s worth expending them on a trial that might go nowhere. Additionally, most sites have become very selective about the patient populations of specific trials, according to Moehle.

It’s important to evaluate trials based on the sponsor’s reputation and experience, but it’s even more important to check that the design and fit of the trial directly impacts the population, she says.

Staffing has always been a big challenge in clinical research due to high turnover rates, a “strong current of movement” between sponsors, CROs and sites who are all sourcing from the same talent pools and low numbers of clinical staff, says Catherine Gregor, chief clinical trial officer for Florence Healthcare. Within three months of the market opening back up last year, Florence saw 50 to 60 percent turnover rates, which caused a “major stop” in trial activity, she says.

The volume of applicants is lower than it’s been in the past and many positions formerly held by experienced research staff are now being filled with less-experienced personnel, Smith says. Some organizations have countered this by providing onsite training to new, less-experienced hires, she notes.

Outsourcing is also becoming an effective practice, with sites delegating administrative tasks, such as budgets and contracts, to third parties, overhauling their workflows so that activities can be done by off-site personnel, including data entry and regulatory work, and using staff augmentation services, Smith explains.

“Research organizations appear more willing to think differently, using innovative approaches to accomplish the work, whether it is partnering with a third party for services, exploring enabling technology to support workflows or considering hybrid options,” she says. Outsourcing is a newer concept to clinical research, she says, but “it can be very effective in reducing the administrative burden in conducting trials and should allow sites to expand their pipelines and reach more patients.”