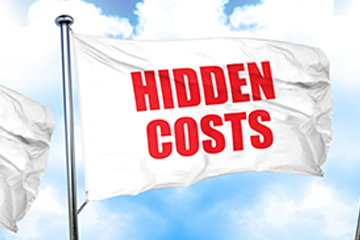 As trials grow in number and complexity, new approaches to managing them — such as using decentralized methods — are creating costs outside of the service contract they may not be used to considering.

Evaluating and selecting vendors takes time and even the most straightforward, out-of-the-box services will require sites to spend some time on staff orientation. And costs for communication with vendors, required training, providing workspace for vendor personnel and monitoring vendor activities can add up to substantial amounts.

Sites should ask upfront if the trial will use traditional or remote monitoring or a hybrid and clarify if it will be risk-based, according to Julia Spears, research administrator at the University of Toledo’s Gardner-McMaster Parkinson Center.

“If they tell you they’re doing 100 percent source data verification onsite and you start the study and they’re doing all remote and risk-based, it’s going to cost you, and you haven’t covered that cost. It costs your staff time to do that work that otherwise would be done by the clinical research associate (CRA),” Spears said.

If the sponsor or CRO hasn’t finalized its monitoring model, she says, sites should ensure that the contract and budget contain a contingency plan for unexpected expenses.

It’s also critical that sites account for protocol complexity and deviations when coming up with their budget. Don’t rely on just the schedule of events, Spears said; for example, something in the operations manual may direct a site to do something in a specific order that might require bringing in three different people for a single visit.

“If you worked with a sponsor before, you may have a feel [for whether you are] going to have an amendment every three months, [and if you are] going to have to revise your informed consent form. Some of those things are not easy to see upfront,” she says. “What you want to look for in the overall plan [is] are they going to ask you to be on a weekly call [or] a monthly teleconference for recruitment. Those are the kind of things that aren’t built into the protocol but you need to build into your budget.”

Kristen Johnson, president of Mountain View Clinical Research, notes that many sites have recently been seeing eight to 10 hours of training for some of the assessments the protocol uses. For sites that know a trial is going to involve a lot of training, it’s critical that they negotiate an hourly wage for it or hash out a higher upfront fee, Johnson says.

And multiple IRB submissions also can be costly. Spears recommends that site budgets include separate administrative fees for every IRB submission.

“That’s not something sites have control of. If the sponsor changes the protocol every other month, or ‘oh, we forgot this, we have a clarification letter,’ it costs you and your staff time, and time is money,” she says.

The timing of unexpected expenses also can be challenging. Don’t be afraid to ask the sponsor for holdback funds to be released when extenuating circumstances arise, Spears advises. During the peak of COVID, many sites were hit hard by holdbacks as they struggled to pay their staff. In many cases, sponsors are open to releasing this money early. The last thing they want to do is burn bridges with sites, she says.

“The sponsors do not want to lose you, so when we go through a crisis like this, they want you to be ready to hit the ground when studies start back up and not be training new staff because you lost your staff,” Spears says. “A lot of times you can go back to them and say, ‘hey, it’s an extenuating circumstance, we really need to have some of that released.’ If you talk to them, they’re very reasonable.”