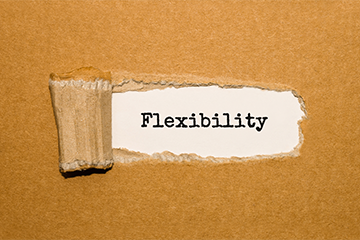 Meridian Clinical Research, a site network with facilities in nine states and Washington, D.C., had its lowest employee turnover rate ever early last year; by June, its turnover rate had nearly doubled. According to Steph Anderson, the network’s vice president of human resources, Meridian reviewed data from exit and stay interviews with critical employees and identified areas contributing to turnover. It found that they wanted more flexible work schedules and increased pay.

“We weren’t able to solve this issue overnight, but we almost immediately adjusted our PTO policies to provide more time off for all employees as well as [adjusting] the policy to allow employees to carry over more time from year to year,” Anderson explained. “We had to further incentivize overtime hours through bonuses and special recognition, which helped retain employees in the short term. In the month of December, we closed our offices every Friday and paid our employees to take those days off. We are also in the process of surveying our employees to determine what flexible work options interest them and we will try to introduce new work schedules this year to align with the needs of our workforce.”

Those efforts are a start to combatting headhunting efforts by pharma and big tech, which are pulling away existing staff from sites, according to Sandy Smith, WCG’s senior vice president of clinical solutions and strategic partnering. Tech companies like Google that have invested significantly in life sciences are hiring staff and pulling away prominent figures in research programs and universities known for their research portfolios, Smith told CenterWatch Weekly.

Interviews with employees at Meridien also identified another issue that needed to be addressed: significant inflation of wages in the sector, likely a result of high demand for researchers. While the company normally evaluated its salary ranges once per year across all of its positions, it took early action to conduct a wage analysis and subsequently made a large investment in adjusting salary ranges for nearly all jobs so that its employees’ salaries better reflected the market.

While sign-on bonuses may appear to be an attractive solution to personnel shortages, they can be a double-edged sword, Anderson noted. The incentive might attract new employees but it could also make existing staff unhappy. Instead, Meridian steered clear of sign-on bonuses and implemented other benefits to encourage its staff to stay. It created a student loan reimbursement program that kicks in after one year’s employment and helps staff pay off their student loan debts annually for up to three years.

“We decided to invest in benefits that would promote retention rather than simply getting a person to accept a new job with us,” Anderson said.

Many sites are taking immediate action to augment their staff by determining what can be done on site and what can be outsourced to partners who provide outside staffing, particularly for remote personnel, according to Smith.

“When we talk about these shortages, it is all of the skillsets that support research. It’s not just the coordinators that are implementing those protocols — it’s the regulatory team members that are working with submissions to IRBs or managing documents. It’s also the people that manage the financial aspects of a trial or the legal representatives that deal with contracting, and so much of those administrative services can be outsourced to allow those study teams to really focus on the more patient-oriented aspects of those trials,” Smith said.

Meg Trost, vice president of study startup and administration for WCG, noted that she has recently seen sites outsource coverage analyses, budget negotiations and contract redline negotiations, “discrete pieces in the study process that can be outsourced.”

Organizations have also launched training programs in response to the shortages to help interested healthcare personnel shift to clinical research. In particular, there’s been a trend of nurses looking to switch from hospital work to research-oriented roles that may still be within the same organization, Smith said. These training programs look to equip experienced healthcare professionals to take part in clinical research rather than see them burn out completely.

“The sites just cannot approach doing things the way they have in the past. It will take some degree of reconfiguration, looking at new models of care delivery that will still allow them to conduct clinical trials,” Smith said. “We don’t expect that this is going to turn around any time quickly.”

The heightened demand for people to run trials as the number of study starts reaches record highs has placed great pressure on sites across the board. According to the WCG Knowledge Base, there has been a 17 percent increase in trial starts from 2020 to 2021, with a peak of 400 starts in December and oncology trials accounting for the largest increase.

Additionally, a McKinsey survey conducted in November and December showed that 32 percent of the nurses questioned intended to call it quits.

“There’s two sides to this coin: one is the administrative team, those people that get the study up and running. That staff in particular, since there’s just so many trials getting opened, they’re overwhelmed at sites. They have too much on their plate and they’re losing team members left and right,” Trost said. “Then there’s the other side, which is postaward and patient-facing [staff] — clinical coordinators and research nurses — they’ve been pulled to triage the people coming in with COVID and then, also, it’s more difficult for them to see patients for research because of all the policies that have been put in place at hospitals. It’s just an extra layer to get people into the clinic and to see the coordinators and their normal visits planned by the protocol.”

The numbers are striking: in the summer of 2021, a WCG poll revealed that nearly half (around 49 percent) of responding sites were experiencing staffing issues. By the fall, a majority (75 percent) had named staffing as a problem. And numbers from a January survey conducted by the Society for Clinical Research Sites show that the figure has remained in the high 70 percentile range, according to Smith.