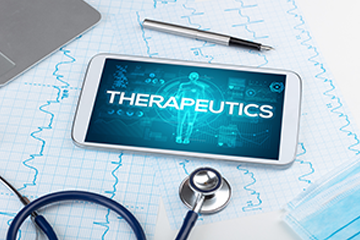 As the digital therapeutics/software as a medical device sector continues its significant growth, clinical trials for the products are projected to expand logarithmically.

The space is seeing a big transformation from merely following patient symptoms to serving as interventions in a growing number of areas, according to Mark Opler, chief resource officer for directing research and development at WCG MedAvante-Prophase.

“This used to be, I would say, almost a fringe category of potential treatments. It’s moved considerably from symptom tracking to intervention,” Opler told CenterWatch Weekly. “There is an ever-widening array of conditions and symptoms that digital therapeutics are intended to treat. Mood disorders, particularly depression, anxiety, those have been traditionally thought of as the core target categories for digital therapeutics, but as time goes by, we’re seeing applications to psychosis, to trauma and to other diseases, including attention deficit and related conditions.”

The FDA has already approved a number of digital therapeutics products. These include Akili Interactive’s EndeavorRx, an ADHD videogame treatment for children, NightWare’s self-titled product that uses an AppleWatch and iPhone to disrupt nightmares without disturbing sleep and a trio of Pear Therapeutics apps for chronic insomnia, opioid use disorder and substance use disorder.

Digital therapeutics can also be developed to serve as coaching tools to help improve certain behaviors. While some are intended to serve as standalone products, others are being developed for use in combination with drugs or other medical devices. The sector’s growth is predicted to grow to $12.1 billion by 2026.

Because patients are using a piece of software, not simply taking a drug, determining what will be used as the placebo can be a taller order. Some companies come up with “inactive,” nontherapeutic software to serve as the placebo, while others develop games or use treatment as usual for patients in the placebo control group.

But according to Opler, it may be more fruitful to concede that this method of blinding “may be on some level challenging, if not impossible” and go another route: using an evaluator that has as few ties as possible to the trial beyond assessing patient symptoms, an avenue for blinding that’s gained greater traction in digital therapeutics trials.

“What’s transpired instead when you want to evaluate efficacy in an objective way in a digital therapeutics study is to have a fully independent and blinded evaluator, someone who is blinded as much as possible to the treatment and the study design, and whose only contact with the patient is evaluating their symptoms,” Opler said. “It’s tough to find the sugar pill equivalent in a digital therapeutics trial. Blinding the evaluator, keeping them independent from other aspects of conduct of the study, is another route to ensuring that the evidence we gather is rigorous and will be acceptable to the larger community.”

Endpoints are another big issue for digital therapeutics trials, according to Dave Hanaman, president and chief commercial officer of Curavit, a virtual CRO.

According to Hanaman, many companies are using new ways of collecting endpoints, and in some cases new endpoints altogether; because of this, the challenge they face is that their trial results may be considered unsuitable for comparison with prior studies.

“They run into the problem that it’s potentially not comparable or they leave themselves open to being challenged that their results, while good, can’t be compared to some gold standard trial that was done 20 years ago,” he said. “That’s where developing new endpoints, being thoughtful about it and then often comparing them to traditional endpoints, that seems to be the long pole in the tent for digital therapeutics companies. That’s the thing they really have to pay attention to.”

In Opler’s opinion, while existing measures can and certainly should be improved upon and new measures validated as scientific understanding of different diseases continues to progress, that progression, not the challenges of implementation, should be the impetus.

“It’s always important to ensure that the endpoints we’re using are valid and reliable. However, we also need to be careful not to hold digital therapeutics necessarily to a completely different standard than we would hold drug treatments,” he said. “Just because it’s difficult to use a traditional measure in a digital therapeutics study, it’s not an excuse or a meaningful rationale. It’s not a good reason to abandon traditional assessment. There are lots of good reasons to improve on traditional measures and to validate new ones, but ‘it’s hard’ is not one of them. I fully agree with the sentiment that we need to improve on our existing measures, but I think our reasons for doing so in digital therapeutics have to be very carefully thought out.”

Digital biomarkers can certainly be beneficial in clinical trials, including those for digital therapeutics, but they aren’t yet at the stage where they can serve as substitutes for established primary endpoints, Opler said. In the future, they are bound to become more acceptable and widely used as sources of safety and efficacy data due to rising attention and interest from industry, but it’s important that their adoption in digital therapeutics trials “be on the basis of significant evidence rather than as a matter of convenience,” he said.

As it stands, digital biomarkers require further identification and clinical validation, though they are used in clinical trials, and both pharma and academia have recognized that this will take large collaborative efforts and significant financial investment.

Case in point: as of this writing, the FDA has not received a single digital biomarker submission for evaluation under its Biomarker Qualification Program. Further, Brinnae Bent and other researchers wrote in a July 2020 article in the Journal of Clinical and Translational Science about the need to come together on the development and validation of digital biomarkers.

But huge growth is anticipated in the realm of digital biomarkers, and Opler is certain it’s a matter of “when, not if, they become more acceptable and more widely utilized.”

While digital therapeutics are well-suited for decentralized trials (DCTs), it’s very important to consider the patient population at the center of the trial. For instance, although a majority of evaluations and data collection likely can be done remotely, keep in mind that some measurements are best done in-person, usually for safety reasons. Some physical signs and symptoms, such as stiffness and rigidity, for example, aren’t optimally assessed by video or other remote mediums; this is especially true in neurology, Opler said.

In addition, Hanaman highlighted other key questions that need to be asked when designing and conducting a trial for a digital therapeutic product, including what patients to enroll, how comfortable patients are with remote engagement/the digital therapeutic, how to verify protocol adherence and whether the protocol ensures the safety of participants.