Home » Sites Have Leverage Over Intellectual Property Provisions in CTAs

Sites Have Leverage Over Intellectual Property Provisions in CTAs 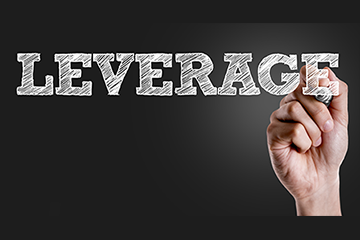 When negotiating a clinical trial agreement (CTA), some of the most important provisions — and the most contentious — are those dealing with study data and intellectual property. Sponsors will want to own all the data, as well as any future inventions derived from it, but there are good reasons for sites to push back and insist on some exceptions.

“Intellectual property is arguably the most important part of a CTA for sponsors,” and it’s the issue most likely to make sponsors walk away from a site if they can’t get what they want, according to Kate Duffy Mazan, a Virginia-based attorney and founding member of the Clinical Technology Transfer Group. For sponsors, it largely boils down to money, since market exclusivity on new drug products is seen as the best way to recoup the considerable expenses of drug development, Mazan says.

Sites, on the other hand — particularly academic medical centers and other nonprofit entities — want to make sure that the results of their research are available to the public, and that future research isn’t hamstrung by a CTA that gives a sponsor exclusive control of study data, according to Scott Shurtleff, vice president of sponsored programs and regulatory affairs for the State University of New York (SUNY) Research Foundation.

Scott noted that sites also have an interest in developing inventions and need to insist on “equitable” provisions in CTAs that will allow them to pursue their research goals. It’s also important that a CTA prevents sponsors from “reaching through” to a site’s intellectual property that isn’t directly related to the study, he said. That could include “accidental discoveries,” which arise tangentially to the study, as well as future research that may build on the study data but is outside the parameters of the contracted study.

Mazan says sponsors often see sites as merely “a pair of hands” to carry out their detailed study instructions. In that view, a site should be paid fairly for its own work, but it shouldn’t own the results. The “pair of hands” phrase actually comes from a court case, she noted, in which the U.S. Supreme Court ultimately ruled that NIH researchers who’d carried out a study of an HIV drug were not entitled to have their names on the resulting patent. But those legal waters get murkier, Mazan said, when a researcher at a site is a noted expert in their particular field or when the study in question builds on previous research they’ve carried out.

When negotiating a CTA, the first priority should be defining what counts as “study data,” who ultimately owns that data, and what both the sponsor and the site are allowed to do with it. Sponsors will often start from a position of wanting to own all the study data, Mazan said, but are also generally willing to negotiate that position, so long as they can retain the exclusive right to use that data for regulatory and commercial purposes. As a rule, sponsors don’t want to limit academic research, she said, but they’re also concerned about sites taking study data and then partnering with a rival company to develop marketable products from that data.

On the site side, Scott said, a CTA should allow researchers to retain some rights to the data — the right to publish it, for instance, or to use it for internal, noncommercial research or patient care.

It’s also important, both Scott and Mazan agreed, to ensure that a sponsor can’t claim any ownership of a patient’s medical records, even if those records contain information that could be under the umbrella of “study data.” The key here, Scott said, is to keep things separated. Ideally, a sponsor would provide a database or other electronic tool for collecting study data, but if not, the site needs to be vigilant about “creating a firewall” between study data and patient medical records.

Another key area is how a CTA defines “inventions” that will be owned by the sponsor. According to Mazan, sponsors will usually push for the broadest possible definition, one that includes all ideas and discoveries arising from the study’s conduct, whether patentable or not. “The sponsor wants to own everything. And that’s because their basic view is, ‘We’re giving you everything for the study. It’s our intellectual property. We’re telling you what to do. You shouldn’t be coloring outside the lines and doing anything else while we’re paying for it.’”

Scott, meanwhile, as a lawyer for SUNY researchers, said he often finds himself pushing back against that approach. “The relationship [between sponsor and site] needs to be equitable, based on each party’s role,” he said. So, in some cases, where the site really is a “pair of hands” carrying out a sponsor’s instructions, it may be appropriate for the sponsor to have exclusive rights to all inventions. But there are factors that can complicate that, he argued. “It’s important to look at where we are in a trial. How much time and money has the sponsor invested? What’s your [primary investigator’s] interest and expertise in the trial? How much background do they have in that area?”

At SUNY, Scott said, the biggest worry is that researchers could accidentally sign away their rights to any future inventions that came from their work, even those that were outside of the specific study’s parameters but may have relied, in part, on some of the study data.

When negotiating the specifics of a CTA, a number of factors can influence how much a site can reasonably ask for and what a sponsor is willing to compromise on. One such factor is the phase of the study. For early-phase studies, Mazan said, sites should expect sponsors to be more protective of study data and of future inventions.

In an investigator-initiated study, sites will have more negotiating leverage than they would in a traditional sponsor-initiated study. A company providing drug product and funding for the study would still likely want some guarantee of exclusivity for commercial development, Mazan said.

Sites also tend to have more negotiating strength if their researchers are seen as experts in a given area and especially if they have someone who has been identified as a “key opinion leader” in a particular specialty. “I’ve had multiple negotiations with one of the big pharmaceutical companies that’s normally known for being like a rabid werewolf, but when we’ve had that key person in the field, all of a sudden it’s ‘oh, whatever you want, we’re good,’” Scott said.