Home » With Facebook Advertising Restrictions on the Way, Patient Recruitment Could Suffer

With Facebook Advertising Restrictions on the Way, Patient Recruitment Could Suffer 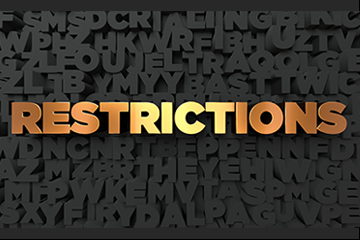 In response to criticism over its user privacy practices, Facebook will soon tighten up its options for reaching people through ad campaigns, a move that may dampen recruitment efforts for some trials.

Beginning on Jan. 19, Facebook advertising campaigns — including those run by sites and clinical operations professionals — will no longer be able to choose audiences to advertise to based on the content users interact with on the platform, including content that relates to health and race.

That means that ads will no longer be able to specifically target, for instance, Facebook users interacting with breast cancer awareness foundation groups or breast cancer awareness month posts, limiting the platform’s potential to reach specific patient populations. The content itself won’t go away, but ad campaigns will no longer be able to choose certain interest groups, profile demographics and interaction characteristics to present to.

As one might imagine, this significant policy change to the world’s largest social network, a powerful medium for facilitating recruitment, will undoubtedly have an effect on certain sites and sponsors’ endeavors to find participants.

Sandy Smith, WCG’s senior vice president of clinical solutions and strategic partnerships, believes that while it may affect the ability to reach certain populations, it will still remain an effective way of connecting with potential subjects, “it just might be broader going forward.” To Smith, the sensitivity certain patients may feel regarding their conditions makes the policy shift understandable.

“If you’re looking for a vaccine trial, that’s very different than perhaps something dealing with a life or death condition, so I can understand the sensitivity in why the change is being made, so people don’t feel exploited,” Smith told CenterWatch Weekly. “If I’m a cancer survivor and I’ve been researching things on the internet, and because of that, I’m now being identified to receive all these notices for cancer trials, that may not be something that folks are open to.”

The degree of impact will depend on how a given trial’s Facebook advertising campaign is set up and designed. Obviously, sites and sponsors using the soon-to-be-removed feature should strongly consider recalibrating their campaigns or risk being limited in advertising scope, but some sites, sponsors and organizations don’t use it in their campaigns to begin with and thus won’t likely be affected much if at all. WCG ThreeWire, a full-service patient recruitment company, for example, says it does not use the targeting capabilities in its advertising on social media.

“WCG ThreeWire has been advertising utilizing social network platforms without using this sort of targeting that is going away because we have a more sophisticated way of doing it,” Tyler Bye, director of program strategy and product development at WCG ThreeWire, told CenterWatch Weekly.

Sites should keep a couple of things in mind when advertising digitally, Bye recommends. Most importantly, sites need to be able to understand and track the patient journey from the beginning through to referral, office visit and enrollment. That means having a “technological backbone,” such as a centralized study website, that passes a patient’s information along to the site, as well as a platform for following patients from end-to-end. “Treating the full patient journey is paramount,” Bye said.

Another important task is optimization, which needs to be done continuously through the advertising campaign to make sure that trial ads are consistently fine-tuned to the right patient populations. That can be especially important for improving trial diversity, which entails using imagery and phrasing in ads that underrepresented populations strongly relate and respond to.

“You do need to keep an eye on the optimization of the campaign as it’s running by ensuring you have media collateral: the imagery, the text, the headlines, pieces that are going to be regulator-approved but also resonate with that patient and give them enough information, from those first few seconds of interaction, to ensure that you are … getting the right information in front of the right people,” Bye said.

Additionally, Smith advised setting up a webpage for interested parties to learn more about a trial if you haven’t already. This page can be shared with advocacy groups who in turn can share the link on their own social media groups, including ones on Facebook. That’s different than digital advertising and can come across as more sensitive to patients, she said. Trials involving more particular populations can benefit from content sharing by advocacy groups, and those groups are quite eager to share new trials and treatment options on social media.

While Facebook is likely to remain a strong tool for reaching potential participants even with the new restrictions in place, sites and sponsors may want to consider bringing alternative platforms into the mix, including native advertising (the biggest provider being Google). It’s also a good idea to at least consider hiring a third party that specializes in advertising and dedicated patient recruitment services to cover all the bases and maximize the power of advertising a clinical trial, Bye said.

“Where [sites] typically get involved, it’s really straightforward, but to do it correctly, the sophistication, skill and knowledge, that’s where we see the difference,” he said. “The other piece is underlying technological infrastructure to build out the most optimized campaign as possible.”

According to Graham Mudd, Facebook’s vice president of product marketing, the company made the decision to restrict its advertising options after receiving feedback from civil rights experts, policymakers and others concerned about the social media platform’s potential for abusive targeting.

“The decision to remove these … options was not easy and we know this change may negatively impact some businesses and organizations. Some of our advertising partners have expressed concerns about these targeting options going away because of their ability to help generate positive societal change, while others understand the decision to remove them,” Mudd said in a blog post. “Like many of our decisions, this was not a simple choice and required a balance of competing interests where there was advocacy in both directions.”

Digital advertising has become an attractive and viable option for publicizing clinical trials for a number of reasons, including its relatively cheap cost and wide audience, and social media has increasingly become a mainstream channel for informing people about clinical research.

Hesitancy remains, however. One study published in JAMA at the end of 2020 surveyed the Southwest Oncology Group Cancer Research Network and found that around one in four cancer investigators in the network used social media for patient recruitment. While most investigators felt social media could have a positive effect, they believed barriers to use still stood in the way of recognizing social media’s full potential. According to the researchers, more than 2.9 billion people around the globe use social media regularly.

Another study, conducted by California and Arizona researchers and published in SAGE Journals in July 2020, assessed the effectiveness of using Facebook, targeted mailing and in-person solicitation for recruiting young adults in a diabetes self-management trial. The researchers concluded that the use of a range of recruitment mediums appeared to lead to a more representative sample of young adults.

“In-person recruitment of clinic patients was overall the most cost-effective strategy. However, differences in demographic, clinical and psychosocial characteristics of participants recruited via different strategies suggest that the combination of these approaches yielded a more diverse sample than would any one strategy alone,” the researchers determined. “Once successfully enrolled, there was no difference in study completion and intervention adherence between individuals recruited by the three recruitment strategies.”