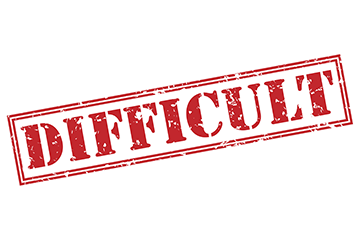 While competence in managing the intricacies of a clinical trial is the most important quality for an investigator, how well an individual communicates and gets along with other research staff can also play a role. Research sites, CROs and study sponsors need to have criteria in place to help them select investigators who are not just well-qualified and experienced, but also easy to work with, as well as plans for managing those who may struggle with a protocol or have more difficult personalities.

When an investigator doesn’t perform well or doesn’t work well with staff from the research site, CRO or sponsor, it can lead to poor enrollment, protocol deviations or even raise data integrity or patient safety issues, threatening the success of the clinical trial.

While performance must take precedence over personality, research sites need to be able to manage investigators with negative personality traits or behaviors. For instance, Jasmina Jankicevic, vice president of medical services at Premier Research, said, when faced with investigators who tend to complain, critique and judge, organizational leaders should question them about the comments made and encourage them to suggest a solution. For those who contribute little or leave others to do the hardest tasks, providing explicit instructions on their duties can help. And confrontational investigators who want everything their way can often be handled by referencing what is required by their contracts and the protocol.

Investigators may become difficult, for instance, if they think they should be paid more for certain activities required by the protocol or that they should have more say into how the protocol is decided initially, Reginald Hooks, senior director of clinical operations at HUYABIO International, suggested. Investigators may also be deemed difficult if they are overstretched on multiple projects and difficult to reach, or are poor communicators with other research staff, the CRO or the study sponsor.

While there is a correlation between investigators’ personality traits and their performance, it is not necessarily significant, Jankicevic said. If a person is an abrasive personality but is performing well, they probably are not problematic, but a poor performer who is also a difficult personality is another matter.

“What I’ve learned over the years is to take personality into account,” she said. “Even if an investigator’s history and performance are acceptable, if choosing between a difficult personality and one who is easier to collaborate with, assuming performance is comparable, I will definitely go with the investigator who is perceived as less difficult.”

In particular, the highest influencing investigators should meet most of an organization’s established criteria for being nondifficult, Jankicevic advised.

Prediction and prevention of difficulties can be achieved by a thorough review of the protocol to determine its overall feasibility, anticipated recruitment challenges and potential site-level issues, such as access to certain equipment or lack of a particular protocol-related skillset among the staff. In addition to existing staff, potential new investigators may also review a protocol under a confidentiality agreement and give feedback on where they see challenges arising; this can help identify investigators more likely to have trouble with a protocol and become difficult.

Jankicevic emphasized the importance of the fourth step, noting that clinical trials are becoming more complicated, requiring more work from investigators. That means that the level of commitment, the scope of the work and the consequences of issues related to lack of communication or attention need to be fully disclosed to ensure that investigators are prepared to give their best efforts to a new study. Unmet expectations are a common reason for an investigator to be deemed difficult.

And in terms of documentation, as much detail as an organization’s legal department allows should be included in the contract, she added, which “is the ultimate document of neutral agreement, and anything covered there really has the highest weight.” The contract should include the complete, detailed scope of the study, expectations with clear metrics and an outline of possible problems and solutions.

Hooks added that, in addition to screening new investigators carefully, sites can prevent problems by including prevention factors in normal procedures that are part of study startup and conduct. The investigator site management plan, for instance, should include problem employee mitigation procedures, as well as CRO and sponsor escalation procedures; these procedures should be taught to officials at research sites and discussed during site initiation visits and other key meetings.

And site feasibility assessment should be an ongoing process, not limited to a single, initial assessment. Routine feasibility assessments, looking at things such as patient enrollment and study timelines, for instance, should be part of the site agreement. Some enrollment problems may be related to a particular investigator or site, but could also have other causes, such as patients’ ability to travel to the site. Anticipating this problem might mean including patient reimbursement and advertisement funds in the budget, Hooks suggested.

Additionally, site contracts should include screen fail caps, Hooks advised. This doesn’t mean that an investigator or site that hits the cap should be cut off, but at that point, the site would need to talk with the CRO or sponsor to determine how to move forward. This gives an opportunity to determine why the failures were occurring and correct the root problem. Hooks also recommended that organizations minimize use of the same investigator for multiple studies.

Prevention is the more important path, Jankicevic said, because it can avoid problems before they start. However, sites and CROs need to have plans in place for how they will address issues if they must hire a difficult investigator for performance or skill reasons, or if one becomes unexpectedly difficult during the course of a trial. This sort of plan should include four parts, she advised:

Monitoring should focus on key risk indicators tied to investigator performance; these should be defined in advance. It should include tracking of trends — and especially outliers — related to patient safety and data quality. This allows detection of early signals of problems so interventions — such as investigation into who else might be behind suboptimal performance at the site level or retraining of the investigator — can begin promptly.

“While an investigator having a good personality can help in this case, clear understanding and mutual transparency of the cause-and-effect of the problem is most important,” Jankicevic said.

However, it’s also important for organizations to remember that not every difficult investigator can be “saved.” If an investigator is continually nonperforming or causing problems, termination can be the best option. Conditions and procedures for termination should be included in the contract.

Organizations need to think about mitigation strategies for difficult investigators as part of the overall site management plan, Hooks added. This can include guidelines for handling problems around investigator communication expectations, attendance at monitoring visits, adherence to the site contract, meeting data entry or query resolution timelines and other clearly defined site- or protocol-specific performance metrics.

Organizations also need to have well-articulated professional behavior standards for investigators and clearly defined consequences of a failure to meet those standards or other performance problems.

“What you really want is a standard that holds what makes you a good site and has a clear escalation pathway,” he said. “But when things are going bad, it gives you the opportunity to basically remove or kind of pause investigators who are giving you study problems.”