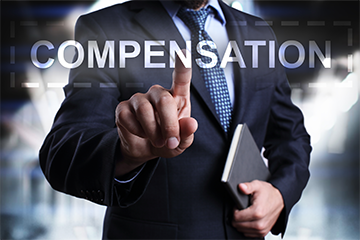 This is the last installment of a four-part CenterWatch Weekly series on the principles and best practices of setting investigator compensation levels that are both fair and compliant with federal laws. In this article, we look at how a large healthcare network built a hybrid compensation model using various methodologies.

After considering the pros and cons of various standard investigator compensation models, Stamford Health, a 305-bed hospital in Stamford, Conn., settled on a hybrid model that relies on research value units (RVU) to set fair market value but adopts elements of other models to suit the research program’s needs.

“We wanted a model that would reward investigators for their important contributions to the study,” says Suzanne Rose, director of Stamford’s Office of Research. “It was also important that it be consistent with the financial success of the study itself, but without crossing any ethical lines. And it’s not too complex or time-consuming to administer, despite what some people might assume.”

Rose says other reimbursement models have been contemplated by Stamford in the past. A fixed-fee or percentage-of-revenue methodology would be simpler to implement, she acknowledges. “But it’s really difficult to assess if these fall above or below or within fair market value for any study,” she says. “If they fall below, the investigator may not be very motivated to participate. If it’s too high, they may be too motivated and also you risk a loss of revenue for the site.”

A time-and-effort model, she says, would have the advantage of being transparent, which is great from a compliance standpoint. But it can also be overwhelmingly time-consuming to administer, especially if you’re asking a principal investigator (PI) to keep track of his or her activities. “But it does strongly motivate the investigator to perform all the services that you’re asking them to do,” she adds.

For study startup costs, Stamford tends to reimburse the PI on a fixed-fee model since those costs are usually fairly consistent from one study to the next. For clinical procedures performed as part of the study, the research office uses RVU-based fees. There is also an oversight fee paid out for patient visits, with a specific dollar amount set for each type of visit a PI may perform in a study. Generally speaking, Rose says, these amounts are based on the time the PI spends on a given type of visit.

The baseline hourly fee used to calculate those oversight fees — and other fixed-cost administrative services — is developed in consultation with a third-party vendor. Every three years, the vendor works through updated calculations. Other sites may choose to do that work in-house, Rose says.

“For the oversight fee, we’re going to take our fair market value from the third-party vendor and then apply that based on a unit of 15 minutes,” she explains. “So, if it’s a phone call the PI is going to make with the study coordinator, for instance, we might set that at 15 minutes, or one unit.”

At Stamford, RVUs are developed in-house in consultation with the billing department. Once a year, the RVU values are updated, as they are for Medicare and for most private insurers; the research office calls on the billing office for help with that work. There are actually two types of RVUs used, but this is more about separating research-related work from nonresearch-related work, as the values are generally the same, Rose says. A work RVU (wRVU) is the baseline unit of measurement applied to patient care, while research RVUs (rRVU) are reserved for research-related activities. It’s important, she adds, that Stamford pay PIs the same rate for the same service, as much as possible, whether it’s being performed in the context of a clinical study or in the context of patient care.

One advantage of an RVU system, in fact, is that it so easily translates between those contexts. “This ties into the bigger picture, too, because we’re often working with physician PIs who are also doing [nonresearch] procedures in the hospital or seeing patients in an outpatient setting for which they’re also relying on RVU-based reimbursement, so it’s a useful tool for them.”

At times, she allows, the payment rate may be different for a given procedure or clinical service, but that’s a function of insurance-based payments and private insurers that pay different rates. For research-based RVUs, Stamford pays at 1.5 times the rate Medicare sets based on current procedural terminology (CPT) codes.

“A patient is a patient,” she says, whether the doctor is seeing them in conjunction with a clinical trial or as part of routine care. “Either way, we want the physician to be reimbursed that RVU amount, and at the end of the day everyone seems to be pretty happy with that system.”

When utilizing an RVU system, there are some special considerations to keep in mind, Rose says. For one, it’s important to make sure you’re accounting for any research activities, whether clinical or administrative, that don’t have corresponding CPT codes. For that work, the PI would receive no RVU credit and would instead need to be paid a market-based, specialty-specific hourly rate. It’s also important to revisit rates regularly to make sure they’re still in line with fair market values.

Stamford’s research team, which manages about 85 trials at any given time, works with its own in-house physicians, including both those in the hospital group and those in the outpatient network, which employs more than 300 physicians. But Stamford also works with PIs who are private physicians, doctors who want to participate in research but don’t have the resources to do so without the backing of the hospital. Those doctors also have a strong desire to maintain their own patient populations, Rose says.

“We are in a very densely populated part of Connecticut, and it’s very difficult to secure not only your primary market but moving into your secondary and tertiary market as well,” she says. “So private physicians we work with have this desire to keep their patient populations, but they’re also motivated to get involved in research.”

Some doctors in this category want to use hospital equipment or the facility itself, but with their own clinical research staff. They also don’t want to unnecessarily compete to enroll patients in a study that’s too similar to one being run by Stamford. “If we’re both going to open the same study in the same area, that just doesn’t make practical sense,” Rose says.

The upshot of all this is that Stamford has to negotiate some complicated payment arrangements with private physicians acting either as PIs or sub-investigators on studies. Generally, the research office will draft a master agreement with each private physician group and then add amendments for each particular study. The master agreement can outline the basic financial and operational arrangement between the physician group and the hospital, while amendments can set reimbursement mechanisms for a particular study.

In some cases, she says, the PI will be from a private physician group, and the sub-investigators will be employees of the hospital. In other cases, it will be the reverse, with an in-house PI and sub-investigators from private practice. If PIs use their own clinical research staff, Stamford will simply pass through study payments to them. “We pay them exactly what we get in the [study] contract,” Rose says. “We’re not making money off the arrangement. We pay them for the fees that they’ve earned.”

Two of Stamford’s key research specialties are oncology and cardiology. The oncology physicians are a private group, but Stamford has stipulated in its master agreement with the group that the hospital owns all the research. In the case of oncology, the research staff is generally made up of in-house Stamford personnel. “It’s kind of an interesting arrangement where the oncologists have an agreement with the hospital that oversees their payments for research,” she says. The doctors are reimbursed based on RVU calculations for clinical work and fixed fees for their administrative work in connection with a study. A research accrual rate is also employed as a bonus metric.

Cardiology, meanwhile, has a similar arrangement in which studies may be carried out by investigators from a private physician group but using hospital resources. In these cases, the relationship is such a longstanding one that there’s been an amended master agreement in place for years. It outlines a system of per-patient compensation as well as reimbursement for clinical services performed by the physicians and their research staff.

In all these cases, though, the Stamford research office is the central hub. “We want to be competitive with study enrollment so that we stand out to the sponsor,” Rose says. “Finance, contracting, budgeting, regulatory, all of that is handled through the research office.”

Rose offers several tips for success gleaned from her years of experience running a research department. First, she says it’s crucial to keep both the PI and the billing department engaged in the budget negotiation process from the very beginning. And each study should be treated as a new negotiation, establishing reasonable reimbursement for PIs, whether through a fixed-fee method, an RVU method, a percentage-of-study-budget method or a hybrid model like the one used at Stamford.

One problem, she says, is that too few people are willing to talk openly about PI compensation, so it can often feel like a bit of a mystery in which no one knows what other similar sites are doing. That same attitude can infect negotiations with PIs and make them feel like the site is holding out on them or not giving them the full picture. “I really believe that finances should be an open book,” she says. “It should not be something you’re hiding from the investigator. You should be able to say, ‘Look, this is what we’re paying you. These are our study costs and our other expenses. So, this is what it takes to keep us afloat.’”

She also recommends sites pay the PI quarterly and on time and maintain an orderly system of invoicing. Most importantly, she says, PI compensation is not a one-size-fits-all proposition. What works for one site may not work for another. So, think through both your needs and the resources available to you, she advises, before deciding on a particular methodology.

To read installment 1 of this series on the principles of investigator compensation, click here: https://bit.ly/3Es6tLS.