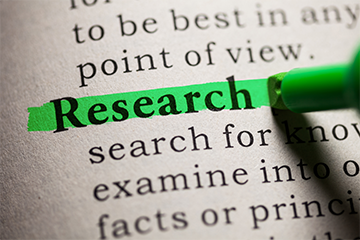 Cell and gene therapy (C&GT) research is seeing unprecedented growth in the need for sites, but there are many critical considerations specific to C&GT that sites need to make before they can take on these trials.

There are more than 500 C&GT trials currently running in oncology, according to Sandra Smith, senior vice president of clinical solutions and strategic partnerships for WCG. For sites looking to engage in CAR-T-cell therapy research, patient safety is of the utmost importance given the therapy’s potential toxicities, and sites need to take many measures they don’t take on conventional trials to have safety nets in place.

In the case of New York Oncology Hematology (NYOH), a community cancer center that chose to build a CAR-T program, the center established many specific standard operating procedures for protecting participants. For example, NYOH implemented SOPs for all long-term toxicities and measures like “double checks,” especially for drawing up the therapy and administering it, Amy Zuchelkowski, the center’s former director for clinical research operations, said during a session at MAGI’s Clinical Research vConference last week.

Staff also provided patients and their caregivers with mandatory safety classes after they signed consent forms and received “chemotherapy bags,” Zuchelkowski said. These bags contained blood pressure cuffs, pulse oximeters, thermometers, FAQs and even an ID bracelet that identified the patient as a CAR-T therapy recipient. The bracelet directed anyone that found them unconscious to dial 911 and instruct them to take the patient to the hospital partnered with NYOH.

“We wanted to make sure those patients did not show up at any other local hospital that did not have a protocol in place to treat that patient should they develop cytokine release syndrome (CRS) or neurotoxicity,” she said.

And importantly, the center came up with an effective way for scheduling apheresis and cellular infusion that helped avoid potential scheduling jams and serious issues. It was critical to make sure that, when coordinating apheresis appointments with the manufacturing centers, that a slot of time was agreed upon to not only conduct the apheresis but to plan out the availability of the manufactured cells for transfusion.

Because of NYOH’s stem cell program and prior relationship with the hospital, they already had beds reserved, meaning that ill participants did not go to the ER and instead went straight to a hospital bed. Some sites may need to seek this arrangement out themselves, but it’s very important to have.

“When we talk about the safety of the patient, we did not want a patient sitting in an emergency room for two hours and having to train the different staff that come through. We had that core group at the hospital. Every consultant that would potentially be involved with that patient’s care was trained and so when we were calling, we actually had a dedicated CAR-T line, a cell phone for CAR-T patients, and so that communication went directly from the principal investigator (PI) to the attending physician and the team,” she said. “We would bring that patient right up into a bed and put them directly in isolation.”

NYOH also conducted nightly neuro-checks, a night-to-night questionnaire that all patients took. Doing this allowed the center to identify any patients that might be experiencing neurotoxicity, a critical monitoring task.

Training was also essential — and probably the biggest challenge in getting the research program up and running, according to Zuchelkowski. It was especially critical that staff knew how to handle the patient toxicity that CAR-T could cause, and the center took that very seriously, developing processes and procedures to manage both acute toxicities and late-phase toxicities. But the biggest issue was the sheer amount of training that had to be done.

“I think the most difficult challenge was the training of all the personnel and staff. You’re not training four, five, 10 individuals, you’re training 40, 50, 60 individuals,” she said.

Zuchelkowski’s team created a slide deck and gave live educational programs on what CAR-T is, what their process was and how to properly manage toxicities. They also developed on-demand training programs for those who missed the live sessions; these were mandatory for finishing training and education. In addition, any providers that worked with or had contact with patients had to pass a test developed by the center’s PI. If any providers showed a lack of understanding in any areas, the PI would connect with them to reeducate and retrain as needed.

Some sites may be better equipped initially to conduct C&GT trials than others. NYOH, for instance, was already on good footing to take on CAR-T research, though it wasn’t easy by any means. For one, the center already had a well-developed stem cell program that had been running for many years, as well as tenured staff and relationships/agreements with a blood collection center. Additionally, it already had developed SOPs and strong quality and data. NYOH was also experienced with vaccine and gene therapy research already, which had some crossover with cell therapy, and they felt comfortable moving forward with building a CAR-T program.

NYOH’s first pivotal step was to communicate clearly and concisely with the local academic hospital to get on the same page, she said. They met with the hospital’s chief medical officer and CEO but also had meetings with the nursing, pharmacy and research departments, as well as other teams, including finance, operations, intake coordination, legal compliance and marketing.

“We sat down to solicit their interests, to introduce ourselves and what our plan was, and to understand their processes and workflows to make sure that this partnership was cohesive, that we were all aligned on the same goals and that we had the capability of moving forward,” she said. “What’s important is that the allocation of resources really be reconsidered over and over again when you’re building the program.

To get potential patient referrals, the cancer center’s marketer came up with a campaign, sending out letters to the community that offered lunches to any physician that might wish to refer patients. And to manage patient intake, NYOH came up with scripted messages for its personnel who dealt with handling consultations, what records to collect and the process for gauging a patient’s eligibility for the trial.

The center also offered virtual community education programs to providers as well as patients to educate them on the new research program the center was bringing to the area. And they moved to create an email distribution list that encompassed all the people involved in the research program, not just their own workforce but the hospital staff as well.

“Our goal was to really build a culture of research. NYOH wanted to be the face of CAR-T so that every time our PIs and sub investigators were in the hospital, staff would come up to say, ‘when is CAR-T starting?’ They were always in line with our program,” Zuchelkowski said.

Overall, developing a CAR-T research program can be a daunting and demanding task, but in the scope of community oncology, it’s “very doable,” she said.

“It takes work. It’s not going to be easy, but if you have a very strong research program and you have a tenured staff, this is something you can definitely accomplish. Seeing the results and seeing the patients and how grateful they were… that is definitely worth it,” she said.