As Need for Sites Grows, ‘Site Tiering’ Could Become a Viable Approach to Help New Sites 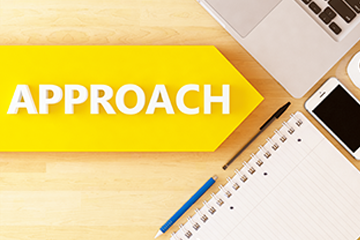 Site tiering as a risk-based quality management (RBQM) tool is still being refined, but is gaining traction with some sponsors, especially for research-naïve sites.

Sponsors that are currently using site tiering are doing so in substantially different ways, and many are still focused on historical data that doesn’t really factor in new sites, says Tammy Finnigan, chief operating officer of Triumph Research Intelligence. Industry is still discussing what the ideal site tier model would be, how many tiers it would have, how often assessments would be done and what factors would be assessed.

“While we have all of this data, we need to make use of it, but it needs to be made use of in a model that can be applied reasonably within the context of a trial and allows us to forecast what sort of resources we’re going to need as sponsors and CROs and vendors as well as helping the sites,” she said. “In this model of site tiering, what we’re really looking at is how the site is managing the processes and the data, because that’s where we want to identify where they need our support.”

Site tiering involves periodically assessing sites on a number of qualitative and quantitative factors and placing them accordingly into tiers that highlight sites that need more (or less) support, resources and monitoring, making it a potential godsend for sites new to clinical research.

Quantitative factors, such as a site’s past performance, recruitment, timeliness on data, data quality and patient retention, are being considered, but it’s important to take into account that a lot of those factors can be influenced by the protocol and the site personnel, the latter of which often go on rotation, she noted.

Qualitative factors, such as facility adequacy, staff (and if they worked on previous trials), site engagement during the setup phase and awareness of protocol complexity, among other factors, are also being mulled over.

The tiering approach is not meant to punish or single out sites for being less experienced; rather, it’s designed so that sponsors can most efficiently allocate resources where they are needed and identify sites that need support. And although the use of site tiering is not yet widespread, Finnigan said, one CRO has already seen great success using a model that ranked sites on three tiers.

The organization, she told CenterWatch Weekly, employed a color-coded model that moved its sites up and down based on issues identified during monitoring. Critically, the organization chose to communicate with sites to explain why their tiers changed. As a result, sites responded when they were shifted upward to more intensive monitoring tiers (amber and red), and most of the sites quickly fixed their issues and were moved back down, sometimes all the way to the bottom (green).

“That communication with the site on the change, what it is [the organization is] interested in, understanding why we’re seeing what we’re seeing in their data, I think that communication … makes it a much more collaborative process,” she said. “It’s not just something happening to the site, it’s something they are involved with. I really think that we can use this model collaboratively to really aid in communication and the root cause analysis and corrective action rather than it being just something that is applied to the site, that happens to the site.”

With so many new sites being sought out for clinical research, site tiering could prove to be an invaluable way of offering them assistance, direction and, importantly, reassurance that organizations recognize their inexperience in research compared to more established sites.

“Knowing that you’re going to have training and support from the sponsor organizations to get you up-to-speed so that you can do a good job and you’re not feeling totally overwhelmed for an extensive period of time, I think that would be important decisionmaking in getting involved in research,” Finnigan said. “It’s a support network, a safety blanket almost, as [sites] get up-to-speed in research. Coming into research, it is making some quite pivotal changes at the site, that you’re having to put resources to specifically manage the additional requirements of the clinical trial.”

“I think what we need to do is look at expanding resources, reaching more research-naïve sites and encouraging them into research. Obviously, by doing so, those sites will need more of our support,” she said. “Then we have sites that are very experienced, are very good performers, that need less of our support, so we can be more targeted to the sites that are new and research-naïve or need support for another reason. We can use communication and metrics to make sure that if sites are struggling … that we are able to identify that and provide the support as needed, because there’s limited resources across the board, both within sponsors and CROs and at sites.”