Home » Significant Overhauls Are on the Horizon for ClinicalTrials.gov with Beta Test This Year

Significant Overhauls Are on the Horizon for ClinicalTrials.gov with Beta Test This Year 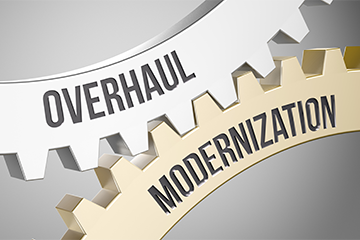 With the modernization of ClinicalTrials.gov well underway, trial data submitters and users will see a number of new features in a test drive this fall before the updated CT.gov platform goes live in 2022.

The modernization, fueled entirely by user feedback, was kicked off in late 2019 by the NIH’s National Library of Medicine (NLM). Specifically, the search function will see a revamp that makes it more user-friendly, adds more search options and improves tools for managing search results, according to Christina Robinson, product manager for CT.gov modernization.

The study record content and format will also be updated to be more digestible, Robinson explained during the DIA Global Trial Disclosure and Data Transparency Conference, adding that the current format is overwhelming to some users and is “maybe not quite as intuitive as others might like.”

“To the extent that we can, we’re going to try to standardize more of the content and display certain information more prominently and make more content available, as well as adding features to make using the content easier,” she said. “Something we’ve heard throughout both the request for information process and our extensive user research is that really everyone benefits from the use and implementation of plain language. That’s not just for members of the lay public, but really even for some of our more sophisticated users.”

Specifically, the update to study records will bring improved navigation features, including a floating side menu and the ability to expand and collapse sections, as well as integrated Google Maps API to display study location information. The use of Google Maps will not change what information must be posted in the site’s Protocol Registration and Results System (PRS), Robinson assured. In addition, the new study records layout will bring an updated results table design on board, she said.

NLM also plans to implement a new user-centric Record List Home Page that completely modernizes the PRS design users have characterized as outdated, she said. Critically, users have reported difficulties in tracking down records of interest, so a new customizable display is in the works that uses multicolumn filtering to aid in that task.

“Users will be able to reorder, add and hide columns, as well as to employ that multi-column organization,” Stacey Arnold, CT.gov subject matter expert, said. “In addition, more types of study dates will be available and the information on the Record List page will be downloadable in multiple formats. The goal is to introduce more information into the Record List in order to reduce the number of actions that otherwise have to be performed by going into individual records.”

Another key feature that users will be able to try out in the beta is a new functionality that enables them to send client-side emails directly from the Record List. This will eliminate the need to copy and paste into emails, a task that many have complained about, she said. Links will be available in the Record List so that members of an organization and record owners can be directly emailed from there. This feature, which will also be customizable, will automatically appropriate the relevant record information and contain a signature line for the logged-in user.

NLM intends to bring the PRS’ Planning Report up to date as well. Though Arnold didn’t specifically explain what new features will be created, she said that the intended updates will directly help users manage their record portfolios by giving them the ability to plan for critical upcoming events and dates, easily identify action items and take action on items directly from the list.

In addition, column-level searching will be made possible. Such filters, which will work alongside the keyword search, will always be visible and will come in the form of dropdowns, which will significantly help data submitters manage large data sets, Robinson said.

There will be other notable changes to CT.gov’s PRS. Data submitters have reported facing a steep learning curve using the system and desire more customizable features, data entry tools, data flexibility/standardization and support for a wide variety of study designs, according to Arnold.

The new customization feature will extend beyond the PRS system to the entire CT.gov site and users will be able to save their settings to their profiles, including column settings, preset column display, sort order and filters. Additionally, users will be able to easily switch between saved settings depending on what task is at hand.

A public webinar that will offer stakeholders a preview of the beta will be held on Oct. 7.

The federally mandated requirement to timely report clinical trial results to CT.gov has become a greater focus for FDA this year. This is evidenced by the agency, for the first time in its history, issuing noncompliance letters for failing to submit results, two to a pair of companies and one to a principal investigator.

David Peloquin, a partner in the Ropes and Gray healthcare group, feels that with 40 prenotices and three actual noncompliance letters issued thus far, the FDA intends to take greater action against trials that fail to file results going forward. In particular, it remains to be seen whether future notices of noncompliance will focus on trials conducted between 2007 to 2017 that were originally exempted in regulations from reporting results, he said during the DIA conference. Due to a 2020 federal court ruling nixing that exemption, those clinical trials do need to report results and could receive heightened scrutiny from FDA now that the agency is gearing up.