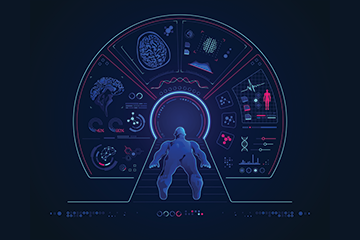 As the use of imaging in clinical research continues to grow, certain trials are requiring that sites meet increasingly complex and specific requirements for imaging technology and techniques. Those that can’t fulfill them may be passed over.

The use of medical imaging in trials has increased dramatically over the past two decades, fueled by advances in science, technology, software and broadband speeds. A variety of imaging modalities are currently used in clinical trials to gather images of the anatomy for examination; chief among them are X-rays, ultrasounds, computed tomography (CT) scans, MRI scans, positron emission tomography (PET) scans and nuclear medicine scans.

But some sites may need specific, recent equipment to be considered an option for certain trials. For example, in the cardiovascular space, they may be expected to have very new, sophisticated CT scanners that are fast enough to capture the heart beating in between a patient’s breath, Dan Braga, Medidata’s vice president of product management for medical imaging, told CenterWatch Weekly.

“Hospitals realize that to play in the clinical trial space and to receive the referrals, or to perform the imaging for those particular timepoints, that they need to make sure that they have the proper equipment. And it’s not just the proper modality,” Braga said. “Do you have a CT scanner, yes or no, is no longer good enough. It’s ‘do you have a CT scanner that acquires 64 slices and all these different characteristics?’ There’s very specific imaging protocols and imaging charters that are being developed by the sponsors and the CROs that go out to the sites to qualify them to make sure they have the right equipment.”

Some trials may also require specialized imaging techniques and measures from sites; for example, imaging equipment used in a pediatric trial may need to be calibrated differently with a mind to radiation exposure, and special training may be needed because staff are working with and imaging children.

“Let’s say an imaging center can perform X-rays and MRI of the brain, but that clinical trial needs some specialized imaging with some specialized imaging expertise,” Todd Joron, president and chief operating officer of WCG Intrinsic Imaging, said. “If they don’t have that expertise, or that type of equipment, then they may not be a great candidate anymore to participate in that trial if that trial needs a certain type of imaging or scanner capabilities.”

“Imaging equipment and expertise drives the industry. You can imagine that hospitals who want to participate in trials, if they come across ones that require advanced imaging expertise, it’s going to be difficult for them to achieve their goals if they cannot participate,” he said.

There’s also specialized imaging in trials being done using very obscure modalities, such as optical coherence tomography, though these are reserved for specific therapeutic areas. But in general, companies still want to use modalities that hospitals are trained in, familiar with and already in possession of, Braga said. According to Braga, Medidata’s medical imaging database is comprised primarily (approximately 80 percent) of CT images because the CT scan is a fast, inexpensive and common modality to use.

The imaging core lab market, valued at $1.1 billion today, is expected to rise to $1.8 billion in about five years, according to Joron. While its main catalyst is the increase of imaging as a therapeutic endpoint in trials, it’s also fueled by increased R&D spending by pharma and biotech companies and increased amounts of outsourcing to imaging core labs like Intrinsic Imaging.

“In the industry, every year, every few years, there’s advancements made both on the hardware side and on the software side for the imaging of the body. That will continue, and it gets more complex as technology always does,” he said. “And so that complexity requires specialists. So from our perspective, the demand becomes higher, and on the sites, the impact is they’re going to naturally see requests for them to participate in more trials but there will also be a need for more sophisticated imaging and more advanced type imaging as the industry evolves.”

The use of imaging in trials has also expanded thanks to how much easier it’s become to exchange images. Instead of shipping CDs with images burned on them (which posed myriad potential issues), now images are being shared electronically.

A number of notable achievements in medical imaging have been strongly fueled by the incorporation of AI and machine learning technology into imaging systems and data platforms, according to a Medidata white paper.

“For the first 125 years of medical imaging, technological advances focused primarily on new modes of imaging as we progressed from the discovery of the X-ray in 1895 to ultrasounds, MRIs, PET and CT scans in the late 20th century. Now, arguably, the most notable advances are being made in how images from those technologies are securely shared, managed, stored and assessed,” Medidata said.

For example, there’s great potential in analyzing images through radiomics, which uses software to pull qualitative and quantitative data from images, finds associations between them and employs algorithms to identify clinical information that can’t be seen by humans. This could be used, for instance, to automatically gather tumor feature information and use that data to make outcome assumptions and correlations. While this radiomic data can already be obtained from images, the challenge will be figuring out how to best incorporate it into clinical trials.

Medidata also predicted that medical image viewers will gradually shift from software tools that need to be installed on individual workstations to cloud-based systems that can be used at any time, on any device, by any reader.

In addition, the future will see computer programs that automatically assess medical images from trials against quality control parameters, rather than requiring a technician or imaging specialist to perform the check themselves. And algorithms can be created that identify potential imaging criteria deviations sometimes made by radiologists when subjectively interpreting images. These algorithms can help to facilitate early action so that anomalies don’t evolve into systemic issues, Medidata said.

An August 2018 paper written by researchers at the Dana-Farber Cancer Institute names a number of practical applications for AI tools in the field of oncology. For instance, AI software is being used to characterize liver lesions as benign or malevolent and prioritize those that require follow-up, the researchers said.

Similarly, AI tools can serve an essential purpose in finding colonic polyps and monitoring them early on, as ones that go undetected or misclassified can pose a potential risk of colorectal cancer. AI software is also being used to automate assessments of radiation treatment, improving the speed and accuracy of evaluating how well patients have responded to radiation therapy.

AI solutions are also being used to support screening mammography, which is difficult to interpret manually, by identifying and characterizing microcalcifications in the breast, the researchers said. And importantly, AI is being used to automatically identify and characterize lung cancer nodules to increase the chance of early detection, which is critical in treating lung cancer.

There are two types of AI methods that are widely used today, according to the researchers: machine learning algorithms, which use predefined, engineered features with specific parameters based on expert knowledge, and deep learning algorithms, which do not require explicitly defined features and have been empowered only in recent years thanks to the availability of sufficient data and computing power.

AI in medical imaging has been in development for decades, but in the past five or six years, it has it reached a gelling point where computer technology, software and internet speeds are fast enough to make it practical, Joron said. Companies are currently developing AI solutions across every organ of the body, and Joron predicted that this surge will continue for many years to come.

Braga, too, believes that industry will continue to implement AI solutions in their clinical trials for increasingly different things.

“I think a lot of people are just kind of scratching the surface now with using AI for doing edit checks or quality checks or different things like that, whereas, in the future, in the oncology world and a lot of therapeutic areas, [it could be used for double-blinded reviews],” he said. “We look at AI as not any time soon replacing radiologists but aiding them in performing their jobs better.”