Home » Cancer Trials Are More Sluggish and Failure-Prone than Ever, but Industry is Fighting Back

Cancer Trials Are More Sluggish and Failure-Prone than Ever, but Industry is Fighting Back 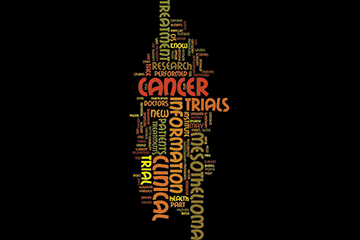 Despite astounding growth in oncology drug development, cancer trial failure rates and time to completion continue to climb due to cancer trial protocols getting more and more complex.

To take aim at these issues, companies and organizations have begun using a number of approaches, including grading protocols on how much they burden the patient, using protocol authoring tools and seeking site and patient feedback, according to Ken Getz, director and research professor for Tufts’ Center for the Study of Drug Development (CSDD).

Organizations have been tapping external patient and site advisory boards to evaluate draft protocols and offer feedback, for example. Most of the time, these boards focus on considering the logistical challenges and burdens that a protocol could pose, Getz said.

“Burden scores” are also increasingly being used by organizations to improve trial efficiency and come up with simpler protocols. These scores can help clinical and protocol authoring teams determine early on if they need to cut down on the number of procedures or improve the trial’s feasibility, Getz advised. CSDD, for example, developed an algorithm that can produce a single numerical patient burden score for a protocol. The predictive tool looks at all the procedures performed in a trial and factors in demographic experiences, logistic factors and patient lifestyles (CenterWatch Weekly, Feb. 22) to generate the score and predict the level of burden the protocol is likely to have on participants.

The use of protocol authoring tools can also be used to make protocols simpler by drawing a “stronger line of sight” between procedures being performed and the endpoints they support, Getz said. He noted that nearly a third of procedures in phase 3 trials are not supporting a primary or key secondary endpoint.

One such tool that’s being used, the Standard Protocol Items: Recommendations for Interventional Trials (SPIRIT) Checklist, was developed by an international group of protocol authors to simplify making, formatting and registering trial protocols. As the name implies, the web-based tool provides a variety of checklists that correspond to different sections in the protocol. Two other tools that essentially do the same thing, TransCelerate’s Common Protocol Template and WCG Metrics Champion Consortium’s Protocol Design Scoring Tool, were also recommended.

A lot of attention has also been seen in areas related to improving the feasibility and relevance of protocols. For example, companies have been using cross-functional internal review committees focused on making decisions about adding procedures and gauging their impact on study cost and timeline.

Organizations are additionally using adaptive designs in their trials to make them faster, more efficient and more flexible and to anticipate modifications down the line. These designs allow changes to be made to the trial or its statistical procedures after it is started without risking hits to validity and integrity.

“Adaptive design … is really a special case because adaptive designs involve really putting a lot of thought upfront into changes and adjustments that will be made and getting preapproval for them. So adaptive designs by their nature force teams to think about changes in advance, and that kind of foresight and preplanning is really critical,” Getz said. “And there are just a few other areas where data are being used to help provide insight into the relevance of the design of the study, or to determine if some data can be replaced by real-world evidence, for example.”

In optimizing protocol design performance, Getz said the biggest benefit for patients “is that the drug is more relevant to their disease, addressing their disease and targeting the most clinically meaningful areas for patients themselves.”

“It’s ultimately getting higher-quality drugs that are more effective and safe into the market sooner for patients who need them,” he said.

Oncology is the most rapidly growing area in drug development, accounting for a quarter of the world’s drug development pipeline and seeing a four-fold increase in the past 20 years in number of drugs, Getz said. Yet despite this, cancer trial failure rates are the highest they’ve ever been and they’re seeing longer and longer durations to completion.

Protocol design is the main factor behind the unique complexities faced in oncology clinical trials, according to Getz, who last week shared recent CSDD data on protocols in both oncology and nononcology trials.

“We’ve seen in other Tufts Center studies that the larger the number of internal reviews, the greater the complexity, the longer it takes to actually conduct the study,” Getz said during an XTalks webinar last week. “More reviews are associated with higher levels of complexity.”

The impact of protocol complexity can be clearly seen in study timeframes. Screening and treatment durations, for example, take significantly longer on average in cancer trials, and the mean study startup time is longer for phase 2 cancer trials, though Getz noted late-stage cancer trials start up faster on average.

“Our data … show very strongly that the complexity of the design has an inverse relationship to performance and to speed. The more complex the protocol, the slower our speed, and that’s really reflected [in clinical trial timelines],” he said. “As you might expect in oncology with more complex designs, every single time period, with few exceptions, is longer in oncology for each of these timepoints relative to nononcology.”

Cancer trials also have a significantly higher average number of amendments and protocol deviations than compared to nononcology trials that substantially bog down researchers, Tufts found. Specifically, phase 2 and 3 cancer trials had 4.3 and 4.6 substantial amendments, on average, compared to nononcology trials, which had 2.4 and 3.0, respectively.

“We’ve done some studies that show the typical amendment adds about three months of time to implement, and on average in a phase 3 study, about half a million to three quarters of a million dollars in direct costs to implement the amendment. This is unplanned and unbudgeted, so these are very disruptive solutions that have to be implemented,” Getz said.