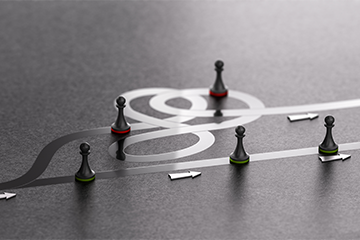 It’s not uncommon for sites initiating a new study to be unsure about where they should start on the standard study documents, such as coverage analysis, internal budget, sponsor budget, clinical trial agreement, payment terms and informed consent form.

Going about the process in a particular order, taking certain considerations into account and understanding how the documents relate to each other is essential to avoiding delays and billing/regulatory compliance problems down the line, according to two experts.

Collin Gruener, senior clinical research contracts and compliance analyst at WCG Managed Research Solutions, explained that sites should begin the clinical trial agreement (CTA) review and negotiation process once they receive the startup documents from the sponsor. These negotiations should be completed in parallel with the coverage analysis and, once that is finished, the trial budget, before moving on to the other items, he advised.

“There’s typically no benefit to focusing on the budget negotiation first. In fact, you’ll most likely lose lots of ground if you don’t push them along at the same time because typically your sponsor partners are going to have a similar process in place and expect to make progress on both the budget and CTA at the same time.”

During the initial review of the CTA, sites should consider a number of things to ensure the process goes as smoothly as possible, including who is being contracted with. For example, if it’s the sponsor directly, sites will usually be able to address all of their needs within the CTA itself. But if it’s the CRO, sites will typically need a separate letter of indemnification from the sponsor to address injury reimbursement, sponsor indemnity and other items. Because letters of indemnification can take just as long to hash out as the CTA itself, they should be requested as soon as possible to avoid delays, Gruener told attendees at last week’s Research Billing and Compliance Summit.

Also, when kicking off contract review, have a strong understanding of what you as a site need to get out of the CTA before going into the terms. And importantly, don’t go crazy with revising or removing CTA language unless it’s something you really cannot live with, Gruener urged.

“I stress this because one of the things we see some sites do that really bogs down CTA negotiations is over redlining. Most sponsors, especially big pharma, want to utilize their template language as much as humanly possible, so to ensure you’re not needlessly slowing down negotiations, it’s really a good practice to only try and delete or revise language that is truly problematic from a site perspective. If the sponsor’s template language doesn’t perfectly align with your site’s preferred playbook language, but it doesn’t outright contradict or violate one of your site’s requirements, it’s really helpful to keep as much of the sponsor’s original language intact and focus on the areas that actually need more work.”

Lastly, ask a question at the end of the initial review: Does the language line up with your expectations for the trial? Doing this can help bring up any questions and get them taken care of as soon as possible in the negotiation process. For instance, if a CTA stated a site will purchase a drug or device but a site believed it was supposed to get the product for free, that’s something that should be cleared up at the end of the review to prevent slowing down startup, Gruener said.

Once the initial review is done, sites should do a number of things to make negotiations efficient. First of all, be sure to share any information that may be relevant and unique to your site. If a site has a unique party or contracting structure with multiple entities, for example, that should be clearly outlined for the sponsor from the start. Also, engage in frequent follow ups with sponsors to keep your site on their radar, as they frequently handle different CTAs and budgets for many different sites, Gruener said.

When all terms have been agreed and finalization of the CTA is near, begin talks about the routing process as soon as possible, he said. Signature requirements and timelines will vary between sites and sponsors, so clear that up to ensure signing is ready to go once the final copy of the CTA is ready for routing.

“Frequently, sponsors and CROs will prioritize a site if they know one of the budgets or CTA is ready to go. If a particular CTA negotiation is taking longer than I would like it to, if I know the budget is agreed for that study I’ll really emphasize the budget agreement in discussions with my counterpart at the sponsor/CRO, and usually it’s a good way to get our site’s CTA bumped further up the sponsor’s priority list,” he said.

It’s also important to recognize that some CTA terms can affect other startup documents. The payment section, for example, can include language that affects when payments are received and how they are transferred, and thus impacts the budget, payment terms and informed consent form (ICF). Similarly, the subject injury reimbursement language will directly affect what a site can promise a subject in the ICF.

Sites should also recognize a number of things about how the coverage analysis document relates to the budget. For one, sponsors may have a different idea of what constitutes standard of care than what is reflected in the document. Because of that, those differences should be discussed and resolved during budget negotiations, Allison Mongan, manager of clinical research administration at WCG Managed Research Solutions, said.

In addition, any item categorized as research in the coverage analysis document must make it into the final sponsor budget or it’s likely that it won’t be reimbursed if performed, she noted. And importantly, any items expected to be billed to patient insurance cannot appear in the sponsor budget as sponsor-paid items; failing to correct these could net serious billing compliance violations.

It’s also important to take a number of actions during the finalization of the sponsor budget to be sure the coverage analysis, internal budget and sponsor budget line up in terms of costs and billing designations.

Begin by ensuring that all site costs are covered to the greatest extent possible; next, confirm the billing designations align with the coverage analysis to avoid potential double-billing and confusion. Third, make sure all billable items are present and note any timing information for payments, such as per patient, per study or annually, Mongan advised. Fourth, note any direct subject payments or travel reimbursement offered in the budget or payment terms, and finally, make sure to double-check the billing designations across the coverage analysis, internal budget and sponsor budget.

Once the CTA and coverage analysis are out of the way, sites can move on to reviewing payment terms. While sites should go over all of the payment terms when the budget is being wrapped up, two stand out: conditional payment language and the subject stipend.

“It’s important to note any conditional payment language that refers to costs being paid by the sponsor if denied by insurance. This language is typically inserted by the sponsor promising payments if a patient’s insurance denies coverage for an item that is designated as standard of care,” she said. “This language is a [National Coverage Determination] violation and Medicare’s no-legal-obligation-to-pay rule … [and] should be removed prior to the finalization of a budget or payment terms.”

After the payment terms are done, move on to the ICF, which is typically the last document that gets updated in the process and often involves some common mistakes.

For example, the ICF may include language that promises the study will pay for all services even when the sponsor budget language does not say the same, Mongan pointed out. It is critical to ensure that this language is updated in the ICF after budget finalization so that patients are accurately prepared for the costs and burdens of participating in the trial.

When the finish line is in sight, it’s good practice to go down a checklist to ensure that the rights and obligations of all parties are correctly described, Gruener recommended. Sites should also do a comparison of the final terms with what they agreed to.

“Frequently, when combining the budget and payment terms into the final CTA for routing, we see sponsor and CRO reps will forget to incorporate certain changes. They may grab the wrong payment terms file or budget Excel spreadsheet, so definitely run a doc comparison to ensure nothing was inadvertently added or omitted from the final document you’re going to sign.”

“If you run a congruence check on those three sections and all of your docs align, that’s usually a pretty good sign that everything is up to date across all of your startup documents,” he said.