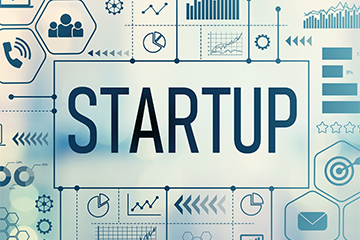 Trial startups are taking longer and longer, with approaches used so far failing to consistently speed up the pace despite some success in addressing growing trial complexity.

“Although some solutions have been effective at helping mitigate the effects of complexity, none have shown that they accelerate study startup consistently across studies,” Ken Getz, professor and director of the Tufts Center for the Study of Drug Development (CSDD), told CenterWatch Weekly.

“Solutions that better track and route contracts and budgets; those that identify, recruit and engage sites faster; and those that offer improved participation convenience for patients are all helping. But these solutions have not been widely adopted or used consistently,” he added.

A January report by CSDD found that the number of endpoints for phase 2 and 3 trial protocols has grown by 27 percent since 2009, while the average number of distinct phase 2 and 3 protocol procedures went up by 44 percent in that same timespan. Compared to a decade ago, phase 3 trials now collect three times more data on average and have seen a 6 percent increase in the number of procedures supporting protocols every year since 2003, the center found.

“Unfortunately, in practice it has been hard to apply master agreements and templates and to realize their value because every clinical trial requires a high degree of customization due largely to the scientific and operating complexity of protocols,” Getz said.

In addition to the growing complexity of trials, the issue of sluggish startup times has been compounded by a scarcity of research professionals that occurred even before the pandemic, said Sandy Smith, senior vice president of clinical solutions and strategic partnerships at WCG. One site reported that they had 40 trials that couldn’t start due to staffing shortages, according to Smith; another site had to put more than 100 trials on hold for that same reason.

Kunal Sampat, director of clinical operations at Ceribell, added that a desire on the part of sites to be more financially savvy has actually contributed to slower startup times.

But sites are painfully aware of the need to accelerate startup times, said Smith, who noted a January article in the Journal of Clinical Oncology that found the median startup time for trials at cancer centers was 167 days, a figure that many centers hope to cut down significantly.

“As I speak to cancer centers, they are all looking at their study startup times and trying to reduce it. Many of them are looking at goals that are 100 days or even less and many then even recognize that’s far too long,” she said. “Sites are starting to measure and acknowledge all of the steps where they can gain those efficiencies and then looking for what are the solutions that they can integrate at different parts of the clinical trials process to help them with more rapid activation. I think there was probably a period of time prepandemic when sites weren’t even measuring that, but I think more and more, at least the sites that I’m interacting with, they are measuring it and they are setting targets to reduce their study startup time.”

In addition, sites are considering different types of technology with the end goal of becoming more efficient going forward and looking back at lessons learned from the pandemic to see what remote monitoring solutions can be incorporated on a more long-term basis, she said.

Adil Bharucha, director of the Mayo Clinic Office of Clinical Trials, said he has seen ramped-up efforts to improve trial efficiency and reduce time to study activation. The topic has arguably become more of a priority since the pandemic began, he said.

Bharucha has observed a number of trends. For example, some sponsors have realized how important it is to provide all protocol-related documentation at the outset of a trial. “Since all documents are necessary for the IRB review process and activation of a trial, this is paramount, as even one missing document can hold up the process,” he explained.

Electronic health record-based cohort identification tools have also been employed to identify potential trial participants and invite them to partake in trials, while there’s been an increased adoption of accelerated trial agreements as well, he said. Lastly, Bharucha noted that he’s seen sponsors streamline trial processes in parallel, rather than sequentially.

Bharucha offered a number of considerations sponsors and sites should keep in mind prior to starting a trial to help improve efficiency. Sponsors and sites should both agree to a rapid turnaround of documents and, where feasible, give participants the option of doing trial visits remotely, he said. They should also remember that reimbursing study participants for travel costs simplifies participation, especially for minorities and patients in rural areas who often have to travel longer distances to get to a trial facility for in-person visits.

The type of IRB used by a site may also help to accelerate startup time, a Duke Clinical Research Institute study found. Published in JAMA recently, the study looked at nine large cardiovascular trials in the U.S. and found that median startup time was significantly lower for sites that used a central IRB (199 days) compared to those that used a local IRB (287 days).

Sampat recommended sponsors and sites forge agreements upfront on timelines for contracts and IRBs. Hashing out agreed-upon timelines can make a big difference toward starting trials faster, and defining timelines and key results can also assist in tracking trial efficiency, he said. He noted that sites are often shy to agree to any timelines because unforeseen delays could occur and set them back but advised that setting targets can be beneficial overall.

As an example, an objective could be set to begin enrolling patients in a trial on Dec. 10 with a number of key results in between. The key results for that objective, Sampat said, could be budget approval by Sept. 10, IRB approval by Nov. 10 and a signed contract by Nov. 15, with training starting Dec. 1.

“Just kind of having those predefined, even one objective … we’re talking about study startup, so I think having that mutual agreement between the site and the sponsor can really go a long way toward that relationship, and also setting expectations for each other and each other’s teams,” he said. “I think at this time, people do this at a really high level, they’ll say ‘oh, we’ll aim for this,’ but then that date will come and go and nothing will get done. [Have] some sort of committed timeline based on the [principal investigator] and from the sponsor, that way people are all holding hands.”

Pamela Tenaerts and Mary Costello, Medable’s chief scientific officer and head of site and investigator networks, respectively, expressed optimism that industry will come together to tackle the rising complexity of trials and longer activation times, though they believe change is likely to come slowly, as is typical. Costello said that while trial efficiency is certainly being pursued by industry, it’s currently being done in an “inefficient, uncoordinated way.”

“I think we’re going to have to galvanize around comments, industry, best practices and solutions,” said Costello. “We’ve introduced a lot of technology in the past 10 years, particularly to help the site and to help the trial process, and I think big picture, it can help, yet the reality is if you have a site running 30 to 50 trials and every trial is approached differently, some trials have as many as 10 different passwords and logins, so just do the math and say, ‘I’m not sure we’ve saved time or saved effort.’”

“If we took that step back as an industry and said, ‘we really have to pay attention to two things, the voice and the protocol design, and the workflows that surround them,’ I think that’s when radical change starts to happen and we do it together as an industry,” she said. “Everything in this industry is a long pursuit. This industry rewards people for following a recipe and following it in a way that’s worked before, so any time we drive change, it comes slowly.”

Tenaerts predicted that the eventual arrival of ICH E8(R1), which will provide revised, more current general considerations for clinical trials, will spur motivation.

“If you look at ICH E8(R1), it is written in. One of the titles is ‘engage stakeholders in study design.’ The first sentence is that clinical study design is best informed by input from a broad range of stakeholders, including patients and treating physicians,” she said.

“I think the positive note is that people have taken notice and there’s efforts underway to make sure that it will be different going forward. If you think about efficiency and protocols, it used to be sort of this very, in some ways, hierarchical thing where the scientists knew best and then it kind of went from there, and I think [now] it’s maybe a realization … that all together we usually come up with better solutions.”