Home » CIRs Raise Many Questions with IRBs, but There’s an Answer: Always Submit Them

CIRs Raise Many Questions with IRBs, but There’s an Answer: Always Submit Them 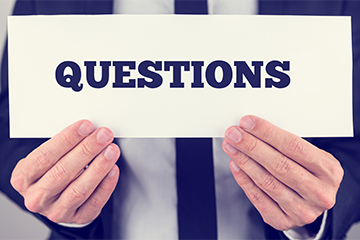 Trial investigators are consistently grappling with what they should submit to their IRBs, with changes in research (CIRs) topping the list of areas they’re unclear on. But a simple approach can be adopted on that front: always send them to the IRB.

Limited federal guidance on CIRs means that IRBs have a large amount of flexibility in deciding what they want to see submitted and what format they want it in, David Borasky, vice president of IRB compliance with WCG IRB, said during a webinar last week. The downside, though, is that requirements can differ among them in part because of this flexibility, which should be kept in mind when dealing with multiple IRBs.

When CIRs should be submitted is fairly clear-cut: amendments to protocols or modifications to ongoing research need to be provided to and approved by IRBs prior to their implementation.

But when changes are made to eliminate potential immediate hazards to human subjects and action needs to happen immediately, prospective IRB approval isn’t needed, although it’s important to still let the IRB know about the changes as soon as possible to determine how to handle consent and other subject safety issues.

For unplanned protocol deviations, which can range from relatively minor to significantly worrisome, it really depends on what happened, he said. For example, a minor deviation, such as a patient missing a study visit by a couple days due to a holiday, would not need to be reported, Borasky said. Similarly, a deviation where blood was drawn 15 minutes out of window doesn’t need to be submitted either.

But bigger issues do need to be reported. A real-life example, Borasky said, is a site that reported 10 participants missing their follow-up visits. The worrying part, however, was that the site couldn’t open that day due to an understaffed clinic.

“That’s a bigger potential compliance issue that the IRB might be more concerned about than the fact that 10 people missed a time point for a benign safety follow-up visit or just a benign follow-up visit,” he said. “Why aren’t you able to keep your clinic open? What is going on there that might impact collection of important safety data?”

CIRs can be provided in various formats, such as a new version of a clinical protocol, and many IRBs will accept letters of amendment or some form of a protocol clarification memo describing the discrete change being made, he said. IRBs will also sometimes accept something like a “Dear Investigator Letter” as a means of immediately making a modification to an ongoing protocol if the letter instructs sites to do something different or deviate from the protocol. The important part is that no matter which format is used, the information must reach the IRB and get approval before changes are implemented with the study population, Borasky said.

“If there’s one thing we certainly learned in the past year, when we were managing all of the rapid changes in ongoing research to deal with the realities of conducting research in the context of COVID, this was certainly an area where one size did not have to fit all,” he said. “The FDA was clear that they weren’t going to put limitations on what that might look like.”

Overall, for compliance and subject safety, Borasky said one key item should be considered if there’s uncertainty about making an IRB submission: whether the event or issue requires a change to the protocol or consent form.

It’s well known that there’s been an overreporting of IND safety reports to IRBs even after the FDA penned guidance to clarify when they did and didn’t need to be submitted and called out sponsors and sites (CenterWatch Weekly, June 14). If the adverse event or serious adverse event isn’t related to the research, WCG IRB’s position is that it doesn’t need to know about it, Borasky said. Similarly, telling an IRB about events occurring at an expected frequency outlined in the protocol/consent form does not add to subject safety either. It’s when they occur at rates out of line with what was approved that they should be reported, as there could be underlying issues that need to be addressed, he said.

Informed consent is a bit less clear at times, he said, partially because consent forms come in many different formats and because, in multisite research, there will be site-specific language for many of the participating sites that have subtle differences. But IRBs need to know about any alterations to informed consent materials or changes to their format, including translations of consent materials.

“Any auditor, any inspector is going to want to look at the IRB-approved consent form and they’re going to want to know that people were having their consent obtained using the most current version of that. There’s little tolerance for saying ‘oh well, we tweaked this or we did that without letting the IRB know,’” he said.

After a consent form is approved, it can’t be changed without getting reviewed and approved again, Borasky cautioned. Even something as simple as rearranging paragraphs requires an IRB’s green-light, he noted.

“Once you’ve got an approved consent form … it doesn’t come with carte blanche to take that and manipulate it or change it or put it into some sort of an e-reader. The text is the text. If there’s going to be a move to an electronic consent format that wasn’t communicated as part of the initial submission, the IRB’s going to want to know about that, and there may be things like the graphics that weren’t in the original consent form or nuances of the electronic informed consent platform that’s being used which need to be reviewed and approved.”

The same applies to recruitment materials. Borasky noted that the FDA’s guidance on recruiting study subjects lays out that the agency views participant recruitment as the beginning of the consent process. What has changed, however, is the increased use of social media platforms and third-party vendors to assist with recruitment, mediums that aren’t addressed by current regulations but all the same need to be reviewed and approved by IRBs, just like traditional ads.

To get a sense of what materials don’t require IRB review, Borasky again pointed to the agency’s guidance on recruiting study participants. It explains that communications meant for health professionals, such as “Dear Doctor Letters” or news stories/publicity intended for other audiences, don’t need to be reviewed. The same may apply for listings of trials on the web; Borasky said that the information posted on ClinicalTrials.gov should be used as a bellwether for deciding whether certain information needs to undergo IRB review. If in doubt, IRBs should be consulted on whether certain ads or recruiting materials need to be submitted, he said.

“We do get a lot of questions about advertising and recruiting materials, and it has certainly become very complicated in the modern era where there’s so many ways that you can use those materials or push them around. There are companies out there whose specialty or role is assisting with recruiting, hosting aggregating sites that are almost like a registry. You should talk with your IRB about what their expectations are in some of those situations,” he said.

Compliance and subject safety is another area of trials that raises many questions, Borasky said, because it involves things that aren’t strongly addressed by IRB regulations. This, along with the inconsistent use of jargon across the research industry, has created variability among IRBs and their expectations in this area, he said.

At a high level, Borasky recommended that compliance-related matters be reported, noting that those matters are something WCG IRB expects to be informed of. For example, issues that arise with the licensure or credentials of a site’s principal investigator should be made clear to the IRB in a timely fashion, and Form 483s/warning letters should be reported with the same level of urgency.

“We want to know about [483s and warning letters] for sites that we cover even if it’s not for our study, because we do look at them and look to see if there’s a pattern there,” he said.

“Sometimes it’s ‘we didn’t use the most recent consent form,’ or ‘one version [was] out of date.’ We want to know about that, but our response to that may vary,” he said. “Did you use it one time or did you use it 30 times? What was the difference in those two forms? Was it describing important new risks or was it a fairly benign update to the study that required us to push out a new consent form but doesn’t have an impact on risk?”

IRBs should also be notified about mistakes that occur in implementing study procedures, Borasky said. These issues, such as the misadministration of a study drug, should be submitted promptly and include an explanation of what corrective measures were taken. The IRB will then review the report and determine if it meets its standard for reportable noncompliance (serious or continuing noncompliance) and take action accordingly. The same applies to unanticipated problems, such as breaches of confidentiality or lost patient charts. Similarly, when new risks are identified, they should be reported quickly, particularly when they warrant a modification to the protocol or consent form, he said.

Financial conflicts of interest are also important to report beyond initially disclosing them when a site is being added to a research study. Because they can and do change during a study, they often aren’t things that are reported just a single time, Borasky said. If a financial conflict was reported to the IRB and it changed, or if a new one arises during the study, the IRB should be informed.

Finally, subject complaints, which often start at the site level, can frequently be resolved by the research site. In those cases, they don’t need to be reported, Borasky said. But complaints that research teams are unable to resolve should be reported to the IRB so that guidance can be given to address them. Doing this may also help to provide reassurance to the subject, he said.

At the end of the day, it can be hard to say for certain what an IRB may or may not want submitted due to the variables of situations in trials, Borasky said. For that reason, communication is integral for staying on top of IRB submissions.

“It’s hard to get too much more specific without having really superfine detailed scenarios that won’t apply to a lot of people. Bottom line: when in doubt, reach out to your IRB partner and say, ‘this is what’s going on, what do you think we should do with it?’” he said.