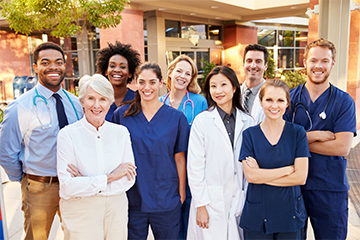 Staff at Cedars-Sinai Medical Center had their hands full implementing two new major technology systems over the past two years. Then the pandemic hit, adding a huge burden to already-strapped employees, who managed a record 141 trial agreements by the end of last year.

And 2021 is looking even better; the institution experienced a 25 percent increase in its volume of agreements, to 176 this fiscal year from 141 in fiscal 2020, mostly due to COVID studies. At the same time, amendments doubled to 200. And despite facing its highest volume of agreements last year, the Office of Research Administration (ORA) was able to turn contracts around in just 85 days, down from the previous pace of 120 days.

“In addition to [staff] doing their regular jobs, they were now tasked with learning a new system, thinking about different ways to do things, thinking about who was going to be doing things, who on the team would be managing what part of the process, what other departments did we need to engage with,” says Tricia Pearce, Cedar-Sinai’s associate director of clinical trial administration.

“We recognized staff was drowning in their work and we had lost a few folks at once, and so I wish, looking back, that we had asked for help a little bit sooner,” Pearce said during a recent WCG webinar.

To remedy the situation, they took an “all-hands-on-deck” approach, Pearce said, which involved cross-training staff members in areas outside of their normal jobs. For example, the assistant manager was trained on intake activities, the principal contract officer learned to review budgets, and budget officers helped push studies from the new clinical trial management systems (CTMS) to the institution’s electronic medical record system, roles that none of them normally handled.

ORA also outsourced work to provide extra support for staff, Pearce said, noting that it was nearly impossible to fill open positions during that time. Cedars-Sinai chose to enlist the services of an outside firm, WCG, to help handle certain agreements and a rising number of clinical trial amendments that staff couldn’t keep up with.

“One of the most important things for us was letting staff know that the reason we were engaging with WCG wasn’t because they couldn’t do their job or they couldn’t keep up with work, but it was more help, help is on the way. This is all we can do right now,” she said. “We had positions posted … that sat open for six months, where we might have gotten one resume that was actually decent enough to interview. As much as we wanted to hire and fill those roles, we didn’t have any options.”

In addition to outside help, Pearce said Cedars-Sinai’s ORA established a two-tiered bonus plan for staff, paying an estimated $5,000 after the first six months of contract work and another $5,000 if the employee stayed for a full year. The tool proved beneficial and helped keep employees from leaving during that time, Pearce said, noting that they didn’t lose a single staff member.

Pearce’s team also went to Cedars-Sinai leadership and asked permission not to respond to the inquiries that were constantly being sent by principal investigators, study teams and sponsors who wanted to know the status of their contracts. Although there was some pushback from principal investigators, the institution’s leadership and most of its clients understood that task needed to be eliminated to give priority to work that was piling up.

“We still have a couple open positions that we’re having trouble recruiting for, but the staff that we do have on board right now is truly engaged and really invested in the work,” she said. “I think, with a more manageable portfolio, everyone is just happier.”