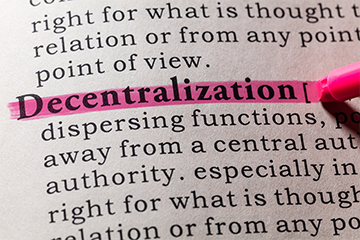 Four years ago, nearly all digital tools used in clinical trials were ECG devices, but 2021 data show that they have shrunk to 63 percent of the total, edged out by wearable devices, connected sensors, digital biomarkers and other new technologies.

CGMs have been increasingly used in recent years to follow the impact of experimental therapies on patients’ blood glucose metabolism, while spirometry devices have been used to track effects on pulmonary function or signs of toxicity. Additionally, ambulatory and home blood pressure monitors have seen greater use in checking for hypertensive or antihypertensive effects, the report said.

Overall, use of digital tools in clinical trials has doubled since 2016, reaching 8 percent of all trials by 2020 and 10 percent of all phase 2 and 3 trials. Clinical-grade sensors, wearable trackers and digital biomarker tools have proven particularly useful during the pandemic, helping trials decentralize activities, reduce burden on patients/investigators and speed up trial timelines.

But these technologies aren’t limited to remote patient monitoring in decentralized trials, the report said. Traditionally designed trials, too, have begun using them to collect health measurements and researchers are using them to develop novel digital endpoints. IQVIA said more than 193 unique digital biomarkers have been used as endpoints in 96 clinical trials since 2005.

Specifically, the report shows that neurology, endocrinology and respiratory trials have made the greatest use of digital endpoints and comprise 60 percent of the digital endpoints measured. In neurology, they are being used to test pain, restless leg syndrome and other sleep disturbances, Alzheimer’s and Parkinson’s diseases, while in the respiratory field, digital biomarkers are being used for asthma, COPD and pulmonary arterial hypertension, IQVIA said.

The key health concepts being tracked by digital biomarkers include physical activity, various aspects of sleep and glucose levels, as well as glycemic variability, the report noted.

Hundreds of feasibility studies have been conducted to look at digital biomarkers that monitor patient health with the intent of adopting them in clinical trials and patient care. IQVIA found that there have been 438 studies that examined 933 distinct biomarkers, with more than half of the trials occurring in the areas of neurology, musculoskeletal disorders and sleep disruption.

“The future will bring increased use of very sensitive mobile actigraphy devices, devices for voice/audio and facial image capture, ambulatory electroencephalogram (EEG) devices and the miniaturization of various larger devices, such as imaging tools, so they may be increasingly used at the patient side in trials,” IQVIA predicted.

“Novel uses of these devices will come in the form of digital biomarkers using algorithms and computational models to make sense of incoming signals. By tracking nuanced movement using actigraphy, digital biomarkers can track neurodegenerative processes and symptoms of neurological diseases, such as Parkinson’s and Alzheimer’s, to indicate symptom progression or even detect trembling, indicating various seizure-types,” the report said.

Some organizations, however, believe that digital health tools still require larger and more robust randomized trials, according to IQVIA. They feel that trials should follow patients for a longer duration and report between-group differences in benefit, assessments of usability and user retention to truly understand digital tools’ clinical effect and cost-effectiveness.