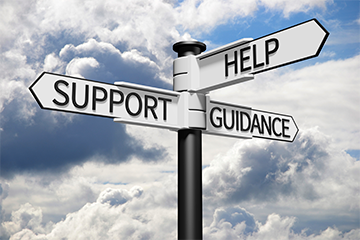 While the clinical trial landscape has seen a historic rise in trial starts year over year and shown a significant recovery from the far-reaching impact of the COVID-19 pandemic, there’s been a troubling burnout rate among clinical investigators, a phenomenon that concerns sites and sponsors.

“It’s hard for investigators to do trials on a regular basis as well as conduct … clinical care, because they’re clinicians first. Most clinicians who do trials do it because they have scientific curiosity and they want to contribute to research,” Matt Roe, chief medical officer at Verana Health and former senior investigator with the Duke Clinical Research Institute told CenterWatch Weekly.

“And then they want to make sure that they’re not losing money. I think those that dabbled in trials and didn’t continue found it too difficult,” he added.

Roe and other researchers, in a 2019 analysis of the FDA’s Bioresearch Monitoring Information System (BMIS), found a high rate of turnover among clinical trial investigators between 1999 and 2015. During that time span, 172,453 unique investigators submitted a Form FDA 1572-Statement of Investigator, the researchers found. Of those investigators, nearly half (85,455) were found to be “one-and-done” researchers; that is, they made just one Form 1572 submission and conducted one study within that timeframe.

Investigators that made at least two 1572 submissions to BMIS during the time period (labeled “stop-and-go”) totaled 21,768. Lastly, Roe’s team identified 65,231 “stayer” investigators, ones who were active in leading FDA-regulated trials “on a relatively continuous basis.”

The trial process plays a big part in the problem, as do finances, said Roe. For example, in hospitals or academic medical centers, clinicians that want to do trials face a significant amount of overhead costs, as well as slowness in the way contracts are negotiated and IRB approvals are done. Trial participation is also not recognized as a rewardable activity in the academic arena, with clinicians who engage in clinical research often not being rewarded financially or professionally with promotion, Roe noted.

Clinicians need to be motivated to engage in research, and the COVID-19 pandemic has spurred significant interest in figuring out the best way to do that, according to Roe, who said trials need to somehow be made easier for clinicians to participate in. In addition, there needs to be action taken to make trials more routinely part of clinical care delivery. As it stands, Roe estimated that only 10 percent to 15 percent of clinicians in the U.S. engage in trials.

That trend is alarming for sites, which in the current climate face increasing resource strains and have lost or furloughed staff, according to Ros Cheetham, senior vice president of clinical solutions and strategic partnerships for WCG.

“For sites, it means they’re under greater pressure to accept clinical trials,” she said during a recent WCG webinar. “For sponsors, it really increases the difficulties associated with finding sites that are able to deliver their trials. [And] for trial participants, it means a lot more difficulty in finding study sites.”

In the U.S. especially, there’s been a reluctance by industry to hire research-naïve investigators due to the amount of work involved and the support they require. Cheetham said that she believes many new investigators discover during the first trial they join that the resources needed to conduct a trial just aren’t there. This has created difficulties not only in bringing new investigators on board, but also in retaining them after their first trial.

“I think that a lot of investigators who come in and do one trial discover that it’s a lot of work, that they are not equipped with the human resources as well as sometimes the physical resources to actually be able to run trials,” she said. “I think they find that they’re put under pressure from sponsors to deliver that perhaps they weren’t expecting.”

One problem is that sites just getting into clinical research may not realize the degree of support and staffing that investigators require to do their jobs adequately. As a result, new sites that try to conduct a trial without the proper infrastructure in place may become discouraged, fail and opt to leave the research sector altogether after just a single trial attempt, Cheetham said. To prepare properly and give investigators the backup they need, sites can seek support in key areas, such as training, standard operating procedure (SOP) provision, staff augmentation and site management.

“That idea of support services, training and actual physical staff,” she said, “are the three things that sites can do.” Sites also can look at the complexity of their trials’ protocols and see if there are ways to make them less resource-intensive.

Payment is also an issue, with investigators finding that joining trials is not as financially rewarding as they expected. This situation has been made worse by the pandemic, with institutions now under much greater financial pressure than they were before the crisis. Hospitals, for example, have had to furlough large numbers of staff and restrict staff hours, and they’ve seen losses in finances because patients have delayed seeking treatment due to COVID fears, Cheetham said. And staff that are available have had to devote their time to routine patient care and away from clinical trials.

“We have this crunch of more trials, fewer investigators, more complex trials, and an inadequate number of investigators and support staff to support those trials,” she said.

Karri Venn, president of research at LMC Manna Research and hyperCORE International, cited the complexities of clinical trials as a major barrier for signing on new investigators without the support they need.

To enable physicians to focus on where they’re needed most in trials — assessing and caring for patients and establishing strong relationships with them — models need to be created that establish solid processes and a foundation that make things easier for investigators, she said.

“They have so many other competing priorities that it just ends up making it impossible for them to really do it well unless they have that support and infrastructure and ensure that they’re compliant, because the responsibility is quite significant,” Venn said during a recent WCG webinar. “The research is so complex for a physician to take on the full responsibility of running the trial and understanding how to be compliant and to meet all the different expectations, roll out the technology. All these things take a village, if you will.”

Like Cheetham, Venn also named financial compensation as a factor that’s contributed to the decreasing number of new investigators joining trials. To address these financial issues, payment compensation packages for physicians should be normalized, she said, noting that in some cases investigators don’t get paid for their research because their hospital payment models revolve around seeing patients.

In a real-world example, pharma giant Sanofi has made moves to tackle the concerning situation, said Megan Heath, head of Sanofi’s clinical studies unit in Europe and program lead of Sanofi Makes Investigators Lives Easier (SMILE), an initiative aimed at lightening the workload for research site staff and investigators.

Under the program, the company has taken key steps to assist investigators, Heath said, including the hiring of site partnership managers and the removal of holdbacks on site contracts to address financial strains during the pandemic.

“We definitely need to continue listening to our patients and to our sites … from our protocol and conceptual development right to the delivery of consent and the gathering of documents and the archiving,” she said. “[It’s] really interesting to take that beyond the traditional site and start to engage with some naïve investigators to help them understand what’s needed, what does the full gambit of clinical research mean and what can we do to support with some of those ancillary services that they need.”

Sanofi’s use of site and patient advisers have helped the company enhance its engagement efforts to support recruitment, Heath said. It’s also supported the company’s focus on inclusion, diversity and equity in its trials and generated recommendations for study participant retention, compliance and the selection of study-related technology, such as electronic patient-reported outcome device solutions, she said.

“Every interaction with our sites is an opportunity to learn. Sanofi teams continue to flex and adapt to meet the needs of our sites, understand what it takes to drive the integration of innovation and explore potential new ways to open our clinical trials to more communities,” Heath said.