Home » Despite Surge in Virtual Adaptations for Trials, Patient Perspective Should Be Kept at Forefront

Despite Surge in Virtual Adaptations for Trials, Patient Perspective Should Be Kept at Forefront 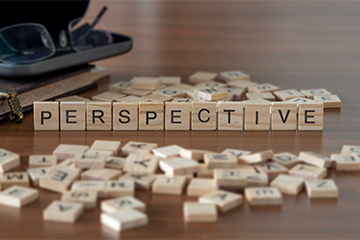 While much has been learned in the past year about decentralized and virtual trials, industry executives meeting last week at a SCOPE conference emphasized that virtual isn’t always the answer.

“We don’t want to do digital for the sake of doing digital. We don’t want to do the shiny new thing,” said Patrick Tierney, global category manager of data sciences and patient focus for Takeda. “Success for me is really defined by building something patients want and need. It’s nice to have choice, but with choice comes complexity.”

Tierney stressed the importance of remembering that the adoption of more technology leads to greater complexity and that not all patients want a fully virtual experience. He spoke at SCOPE’s Clinical Leadership Summit.

To determine the needs and desires of patients and others involved in its trials, the company held a Partner Value Summit to bring all perspectives into the mix from the beginning, he said.

“Given the many moving parts in this decentralized trial ecosystem, the solution seemed simple to me: we need to bring everyone together, hear all the voices so we can co-create as a partnership,” he said. “It was important to take all the interests into consideration from the very beginning.”

For example, 11 different vendors participated and shared their experiences across the decentralized trial ecosystem, including suppliers of eConsent, telehealth, home healthcare, direct-to-patient medicine shipments and other services. In addition, seven different Takeda departments were present to include perspectives on clinical operations, regulatory issues, IT considerations and other topics.

Patient advisors — former trial participants or caregivers to former participants — were also in attendance and provided a huge addition to the discussion, Tierney said.

One key thing learned was that some participants still want the option of site visits instead of going fully remote. Keeping that option available to patients is important for the human connection, Tierney said, noting the deep bond that forms between rare disease and cancer patients and their physicians.

“Those individuals in particular,” he noted, “said ‘Please don’t get rid of site visits, I would love to have some virtual so I don’t have to travel every time for a simple blood draw. I can do a telehealth visit if I have a concern or a question, but I still want that human connection.’ That was very compelling to me,” Tierney said. “More is not necessarily better in this space.”

Digital therapeutics have seen a marked rise in interest among companies that is projected to only increase in the coming years, but their clinical trials often require different approaches compared to traditional trials.

Melinda Decker, chief commercial officer of Mymee, a digital health startup focused on autoimmune diseases, elaborated on that topic. One big difference, she noted, is that many digital therapeutics begin as over-the-counter products, such as blood sugar monitors, meaning that often they aren’t evaluated in randomized controlled trials (RCTs). Instead, real-world evidence may be generated to prove efficacy, said Decker, a 20-year veteran of pharma industry clinical trials.

Digital therapeutics may still go through RCTs to distinguish themselves from products that didn’t, she noted, clarifying that there are still many benefits to doing RCTs for such products.

Digital therapeutic trials can also be tailored to the individual, whereas traditional trials administer the exact same pill at a given time in a treatment regimen, she said. In the case of Decker’s company, its trials look at participants’ behaviors, diet and other environmental factors that are impacting patients’ disease symptoms.

“Fundamental to digital health companies is that we can actually personalize this for each individual, so you’re trying to find the right triggers,” she said. A clinical trial of a digital therapeutic product is intentionally varied and personalized, setting it apart from the design of most RCTs.

Placebo use in digital therapeutic trials often takes a different approach as well. Neuroscience products, such as those for ADHD or depression, often use a videogame-like component that has an underlying mechanism of action. This raises challenges in designing the placebo, which would come in the form of a similar videogame that does not include the mechanism of action but seems like it does to keep the study blinded.

In addition, while traditional drug trials often measure the participants’ adherence to the investigational product, that isn’t the case with digital therapeutic trials, she said.

“Behavior change is a lot of what digital solutions are also looking at … and so our goal isn’t for you to use the app every day for the rest of your life,” said Decker. “Your hope is that, over time, in the clinical trial, they use [the product] less but they’ve changed their behavior.”

Decker predicted that, as the promising digital therapeutics field grows, the data needed for such products will be a combination of RCT-generated and real-world evidence.

Digital biomarkers hold the potential to enable continuous data accrual and patient monitoring in drug development, but a number of obstacles remain in convincing industry to scale up their use in clinical trials.

Though digital biomarkers are investments that can take multiple years to develop and validate just like traditional biomarkers, they can serve as alternative, more objective assessments compared to patient-reported outcomes and other measurement methods relied on today, according to Brian Winger, senior advisor of digital health at Eli Lilly.

“The people we tend to work with within our organizations immediately want the digital biomarker to be validated before they’ll ever use it,” he said. “What they fail to recognize is that we’re doing an experiment while we’re also doing the medicinal experiment, so it’s really challenging to get people to recognize that what we want to do is continuously and passively collect data that will provide an objective assessment of this physiological condition.”

Pharmaceutical companies, typically, have not created their own measurements, added Joseph Kim, senior advisor of clinical operations and digital registry at Lilly, who said industry has relied on the medical community and academics to come up with them instead. One barrier to scaling up research and use of digital biomarkers is the widespread acceptance of legacy biomarkers already in place in many therapeutic areas and an established reliance on how those measurements have been developed, he said. But that barrier can also serve as a motivator to look at alternative measurements.

Atopic dermatitis, for example, has a legacy endpoint that scores how much a patient has scratched themselves in the past 24 hours or week, said Michelle Crouthamel, director of digital health and innovation at AbbVie. That sort of measurement works well in the adult population but not so much in patients two or three years old whose parents are sleeping in another room, she said.

“This kind of creates an opportunity for additional measures if you can identify a sensor that can actually [be worn by children,]” she said, noting that while children cannot wear Apple Watches, for example, a sensor device worn on the hand could be effective.

Another obstacle is the sheer scope of data that’s generated from capturing data outside of the clinic, whether that’s continuously or frequently, said Jen Goldsack, executive director of the Digital Medicine Society. That enormous amount of data necessitates focus when it comes to researching digital biomarkers.

“It’s important for us to be intentional here because that offers enormous benefit for much greater and more holistic insights into a patient’s experience,” she said. “If we go out and start collecting crap, all we’re doing is adding enormous amounts of noise to an already really overcrowded, very noisy space. We’re creating inefficiencies.”

For example, some measures probably don’t need to be recreated, she said, such as cardiac hospitalization in heart failure.

In Winger’s opinion, conducting digital biomarker research at scale will require a number of critical capabilities, most of which industry doesn’t yet possess. For one, industry needs a good way to select devices based on the sensors they use as well as a good approach for interpreting massive amounts of data “on a scale that we’ve never really ingested before in traditional drug research.” In addition, industry needs to be able to engineer data, something drug developers don’t currently do, he said.

“Ultimately, we need advanced analytics that create algorithms from that raw data. These are things that pharma companies typically haven’t done before. We’ve sort of learned the hard way, first and foremost, if you’re not going to be able to ingest the data in its raw form, you’re really going to be left with not much,” he said.

Crouthamel added that the pharma industry also faces a skill gap, with companies typically not having the kind of data scientists necessary for digital biomarker development.