Home » Despite Pandemic Positives, Crisis Highlights Issues with Growing Use of Service Providers

Despite Pandemic Positives, Crisis Highlights Issues with Growing Use of Service Providers 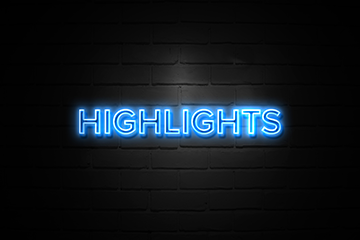 The COVID-19 crisis showed sites that sponsors and regulatory agencies are capable of moving at unprecedented speed to respond to trial and protocol adaptations. But the pandemic has also revealed some problematic issues, including a growing reliance on technology and service vendors and the siloing of different partners in the trial process.

Sites have expressed amazement at the fast pace sponsors and regulatory agencies have demonstrated in their responses to trial changes during the pandemic, as well as pleasure at being able to give patients greater choice, convenience and access to trials, says Ken Getz, director of the Tufts Center for the Study of Drug Development.

But sites are operating with “an even more fragmented and siloed set of partners that have to be trained and brought up to speed, where we do not see a high level of coordination and integration, where there’s a lot of uncertainty, and that has contributed to the higher potential for errors and mistakes,” Getz said. “Based on comments from sites, it’s also contributed to delays in receiving clinical supplies and lab kits as well as even receiving payments for work that’s been performed.”

These vendors and partners must be qualified by sponsor companies to be used for a clinical trial, a process that is time-consuming and labor-intensive, not to mention expensive and inefficient, Getz said during a CenterWatch webinar last week on how to accelerate trial timelines.

The long qualification process involves an initial request for information (RFI), a formal request for proposal (RFP) process and a full qualification assessment, followed by a final contracting phase and master service agreement process. A Tufts CSDD study found that the process takes four to six months on average, with strong variation depending on whether it is a single-service provider or multiservice provider being qualified. The time it takes also varies by sponsor company size, with small companies generally being slower in the upfront areas of the process but faster in the contracting phase, and large firms conversely moving quicker in the beginning stages but slower in the contract segment.

Today, there are an estimated 3,300 to 3,500 CROs, full-service and niche-service providers, as well as approximately 1,600 technology services providers, that are contracted by sponsors to assist in clinical trials. The process to qualify them is estimated to cost sponsor companies between $375 million and $400 million dollars per year, Getz said.

“This is overall a very time-intensive and inefficient process,” he said. “Requalifications are typically not significantly faster than qualifications, though you would expect them to be, given the fact that the sponsor now has more experience with a particular vendor or service provider. We hear from vendors today that this time-intensive process has really overburdened them and there are many vendors who do not have the capacity to continue to support such a high volume of RFIs and RFPs and qualification assessment activity.”

Jay Turpen, head of client services at Diligent Pharma, spoke further on the growing use of vendors in trials. While the new capabilities enabled by contracting with vendors are necessary given the technology advances the industry has seen, sponsors should take a thoughtful approach to managing and picking vendors early in the trial planning process, he said.

“It’s really important through this new paradigm of all these companies collaborating that we think about, ‘what does it mean to be a team?’” he said. “We really need to bring in all the players within a company, within a pharmaceutical company as well as all of the provider personnel, and really bring them together with cross-functional and cross-company planning, ultimately establishing the relationships that are going to be necessary to execute this clinical trial as quickly as possible.”

Turpen said it’s increasingly challenging to reduce the amount of time it takes to complete vendor qualification. And a number of companies have created a niche business of providing vendor qualification services from start-to-finish for sites and sponsors.

Getz also highlighted the overarching issue of growing trial complexity, an ongoing development that’s contributed to slower cycle times. Overall, drug development durations have increased over time, and there has not yet been a single point where duration has shortened or accelerated, he said, noting that it now takes about 90 months to move a development program through first-in-human trials to regulatory submission.

“Our cycle times are getting longer and our practices in general, our experiences, are less consistent now than they have been in the past,” Getz said. “Our complexity and customization in our research activity is inversely related to performance. The more complex our activity, the more customization and the fragmentation supporting that customization all contribute to longer cycle times, higher dropout rates [and] a larger number of substantial amendments that are unplanned and unbudgeted.”

Getz predicted that complexity and customization in trials should be expected to continue their rise. Cycle times, success rates and development costs should also be expected to worsen unless the industry finds new, effective ways to manage a more hybrid operating environment. A number of strategies are already being tested or implemented with the aim of creating more agility and flexibility, including the use of integrated systems, modified or flexible SOPs and staff that are trained to manage multiple technology solutions simultaneously, he said.