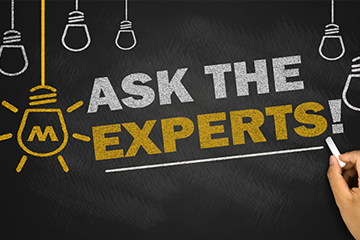 The FDA’s Office of Good Clinical Practice responds to inquiries on a variety of trial-related subjects, providing answers on the agency’s official regulations as well as best practices. The following is a selection of questions and answers excerpted from the CenterWatch publication, GCP Questions, FDA Answers.

Question: We have a study protocol that has basic eligibility criteria. However, during the investigators’ meeting, it was decided to follow a certain therapy chart to identify and enrolI patients based on the standard of care in this therapy indication. If a site does not refer to this chart and enrolls patients based on the protocol eligibility criteria alone, will that be considered a deviation from protocol or good clinical practice (GCP)? The definition of the protocol in GCP mentions associated documents. Does this chart become the associated document?

Question: What is the FDA viewpoint regarding discrepancies within a protocol in regard to inclusion/exclusion criteria and how the site is to interpret these cases when considering enrolling participants? Should the investigator feel limited by what the exclusion states irrespective that there is a clear discrepancy in another section of the protocol? Should this be brought up to the IRB to determine?

Answer: The protocol should be followed as written. If there are discrepancies in the protocol, this should be brought to the attention of the sponsor and the IRB. The sponsor can submit a protocol amendment to the IRB and FDA. Discrepancies related especially to the inclusion/exclusion criteria could make for inconsistent data collection for the study.

Additionally, the sponsor of the study can contact the FDA regulatory project manager of the investigational new drug to seek advice on how to handle this situation.

Question: There are often times that patients are sent off-site for procedures where the site doing the procedure may want to change the way they perform the procedure but still provide data that are the same as what was agreed to. This is clearly beyond the site’s control. So, if there is a change in the way this procedure is done midway through a study (and the new procedure is still complying with the protocol wording) then we need to know how to deal with it. If there is a change in any process during a study that still complies (continues to comply) with the wording of the protocol, does this create a protocol deviation? GCP seems to say that this would not be a protocol deviation, but we want the FDA’s answer. Apart from not being a protocol violation, would the change violate GCP in any other way from the point of view of the investigator or the site/institution performing the procedure?

Based on the information you provided, these situations would not be considered protocol deviations as long as the expected outcome data remain the same. As you state, if a test is being conducted off-site (not at the study location), the investigator does not have control of the situation.