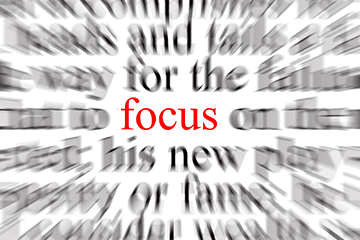 Delays to study startup caused by the pandemic have eased with institutional sites now saying they’ve been able to reduce time needed for the process from six months on average to two or three months.

Independent sites are saying they can get study startup done in a couple of weeks or less. And the competitive drive to reduce study startup times has sites looking at every tool available to improve the process.

Before the pandemic, Holly Jones, Northeast Georgia Medical Center’s (NGMC) director of research, said NGMC was averaging two to three months for study startups, but the pandemic caused trials to be put on hold, delaying startups to an average closer to six months. “We’re back down to somewhat normal now, but sponsor communication is absolutely critical,” she said.

“I encourage all of my staff to respond to emails within 12 to 24 hours, especially when it’s a study startup activity,” Jones said. “We have activated trials in around one month, but that depends on the scope of the trial and communications with the sponsor.”

Jones said NGMC has outsourced the drafting and review of coverage analysis (CA) to a consulting firm. NGMC then creates an internal budget based on the CA and kicks off the clinical trial agreement (CTA) negotiations with a sponsor.

NGMC also speeds up the process by submitting IRB applications in parallel to its contract and budget negotiations, Jones said.

Jill Johnston, president of study planning and site optimization for WCG, says the parallel submission process is an effective strategy, but it isn’t always possible at larger institutions.

“They sometimes have SOPs or processes that prohibit that,” she said. “They might need to negotiate the contract first before they’d ever consider sending it to the IRB or vice versa. However, this adds so much time to the overall process.”

“We found that one aspect of streamlining the clinical trial study startup process was to move the legal reviews in-house,” Jones said. “We have to work on a weekly basis, sometimes twice a week, with our legal team to ensure that they’re reviewing our contracts in a timely manner. That has made an enormous difference in the time to study startup.”

NGMC, a site network of four hospitals, attributes its success to a protocol feasibility checklist that helps them evaluate different areas of impact the trial could have on their sites.

Kira Harris, senior CRC for the Ohio Sleep Medicine Institute, agreed that a careful protocol review before accepting a trial is crucial, saying “every protocol has its own quirks and the best way to avoid deviations is to plan ahead, teasing out all these little details ahead of time and really thinking through how you’re going to execute a visit and how you’re going to remember all of the details.”

Harris said sites need to determine if their staff can execute the protocol, who needs training, who should do what and who needs access. “It’s good to think through what staff you realistically need without going overboard and then making sure those staff are available when you need them.”

As contract and budget negotiations with sponsors get under way, Jones said either the research nurse manager or the principal investigator will then present the feasibility assessment to an interdisciplinary research operations committee (ROC) for their approval. The ROC includes representatives from the research team, IT and physicians, as well as clinical service line leaders and finance and compliance experts from the hospital system.

Jones said the ROC doesn’t reject studies often — only about 5 percent of the time. “Those that are not approved by the ROC have glaring deficiencies in equipment or software that’s required to conduct a study that the operational service line leaders cannot provide. We try to mitigate any of those denials prior to them hitting that committee through the department level discussions.” Studies are also declined if there is insufficient staff to handle the workload, she said.

NGMC’s approach did attract pushback from some groups, Jones conceded. “We have a central laboratory in our health system,” she said. “In the beginning, they said they were very busy and they just did not have the bandwidth to attend meetings. That ended up being a conversation between the director of the lab and myself to say, ‘I know you’re very busy, you’re not always able to attend these meetings. How can we communicate with you to make sure that you are not blindsided by the operations of the clinical trial?’ It sometimes comes down to working with other groups and speaking their language on when you roll out any sort of new process. For some busy clinical areas, their first priority is not a clinical trial — their first priority may be a clinical service they’re providing, and they have to meet certain metrics based on that.”

Harris suggested that CRCs ask a site’s clinical research associate for a visit-tracker spreadsheet to determine how many times a patient will ultimately visit a site and whether such visits would have any scheduling conflicts. CRCs should also conduct a mock visit to a site, walking through the entire protocol — including the informed consent and questionnaire processes.

Darlene Deecher, vice president for clinical development at AiViva BioPharma, said conducting a mock visit was great advice for sites. “I think sponsors should, when they’re training with their CROs, literally suggest a mock visit, especially when the protocol is complicated. That would be helpful, rather than getting your first patient in and then finding out something wasn’t done according to the protocol.”