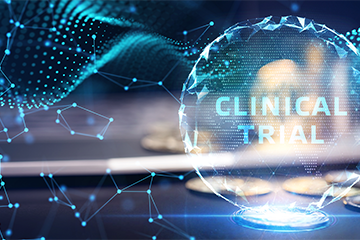 Creating a national community-based trial network would allow sponsors to tap into new investigators and reach a wider pool of participants, easing up on the industry’s reliance on larger research institutions.

The clinical trial system doesn’t have to be an either/or situation, though, says Freda Lewis-Hall, retired senior medical adviser for Pfizer. Community-based research can complement and enhance academic research. “We should do both,” Lewis-Hall told attendees at a National Academies of Sciences, Engineering and Medicine workshop last week.

There are already networks in place that could serve as the foundation for a nationwide effort. The U.S. Oncology Network founded by McKesson is a collaboration of more than 1,380 independent physicians who share resources and expertise that supports cancer care at 480 local centers across the U.S. And the National Patient-Centered Clinical Research Network (PCORnet), is a partnership between nine large clinical research networks, two health plan research networks and a coordinating center.

“What does it look like when you take the clinical care environment and you tap into that to answer some critical questions?” she asked. It’s not a one-off proposition, Lewis-Hall said, “You do it every day. You answer the ongoing questions of patients, caregivers, scientists and healthcare professionals.”

Moving trials out of large research centers and into local physician practices, hospitals and clinics has some appeal to those who say the “big research” model that focuses on conducting trials in academic settings and urban hospitals is inefficient, inadequate and costly.

“The academic networks we have in place are not the answer,” says Acting FDA Commissioner Janet Woodcock, because they increase competition for patients, study personnel and other resources, and are often inaccessible to patients in rural and inner-city areas (CenterWatch Weekly, March 2, 2021).

But implementing a national network of community-based trials faces hurdles, including initial resistance to collaboration among competitors. “I can’t imagine competitors coming together and being willing to share patients,” says Megan Trost, vice president of study start-up and administration at WCG.

“We would also need to shape a workforce that wouldn’t serve our current model, but would serve the future model,” Lewis-Hall said. Sharing staff resources among several institutions would require reshaping the roles of CRCs and other trial staff, who might have to broaden their responsibilities beyond their own sites.

And new expertise will be needed, said Elizabeth Ofili, director and senior associate dean at the Clinical Research Center at Morehouse School of Medicine. Experts need to be hired to help extrapolate the data that sites from a new network would bring in. “What we’ve learned is that even though the Affordable Care Act has everybody using electronic medical records, their ability to mine that data is next to zero,” Ofili said.

There is now data that show the decision on how best to create and participate in a community-based network, as well as appropriate resources, “needs to be pushed to the location where the work is being done,” she said. “If you want a community provider to deliver patients, they will need guidance because they don’t have a research coordinator. The whole process of care and how that’s wired right now — the incentives, the billing, the records — the whole thing needs to be rethought.”

Ofili said Morehouse is putting in a program to extract data from clinical trials and is currently working on ways to train physicians and staff at small practices — effectively combining quality care and clinical research at the point of care. “It does require investment,” she said. “We have to train these practices and physicians so they understand how to use the technology and the platforms. But we’re finding out that it’s doable.”

There are obstacles to building such consortia, Trost says. Hospitals and large healthcare organizations often are bound by strict legal and financial terms that can make a collaborative arrangement hard to pull off. Independent research sites would find it easier because they don’t have the same kind of complicated legal conditions. “That model is way easier to pull off and already exists in some cases,” she says.

To do that successfully, Trost says, each entity that wants to partner needs to contribute financially, legally and in terms of resources. If some sites have fewer resources, she adds, that can be offset by contracting with outsourced services for such support as CRCs, billing operations and data analysis.

But there are financial benefits of collaboration in addition to shared resources, Trost says. Hospitals and small sites that are struggling after a year of lockdown can recover some ground by teaming up with larger research centers. They are “looking for ways to still run research but do it at a lower cost,” she says. “It’s a nice way for [hospitals and sites] to pull patients into their system and be more financially competitive.”

Sites, sponsors and regulators need to negotiate what the structure of a community-based trial network would look like and what incentives and regulations would need to be in place to support such an undertaking.

Partnering with experts on specific diseases and their respective patient advocacy groups is also essential in building a new trials system, Ofili said. “For some of the work that we’re doing, we partner with the Association of Black Cardiologists,” she said. “I happen to be a cardiologist in academia, but I also know lots of doctors out in the community who have seen tons of patients that could be involved in trials, if they only knew how.”

Ofili said backers of community-based trials have a “broad vision of success where the big academic center isn’t going to be the only one to see the patient. But there needs to be a connection with the practice that sent [the academic center] the patient. Because at the end of the day, if the practice doesn’t understand what’s going on, that’s a potential care issue for that patient.”