FDA, Industry Tackle Problem of Including Older Adults in Trials 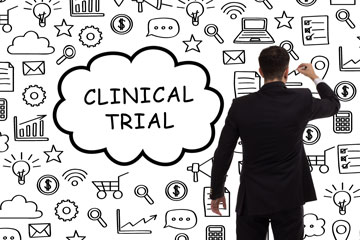 The FDA is tackling head on the issue of including more older adults in trials and it’s getting mixed messages from the industry, former commissioners and the agency’s own data on how best to address the problem.

The industry disputes the notion that it is purposely excluding older adults by setting inclusion/exclusion criteria they can’t meet. Former FDA Commissioner Robert Califf, currently head of clinical policy and strategy for Verily and Google Health, recommended that the FDA provide funding, as well as a funding structure, for research on the effect of multiple comorbidities on a clinical trial.

He also suggested using the NIH Clinical Center to study the pharmacokinetics (PK) and pharmacodynamics (PD) of older adults’ response to drugs that are already off patent or nearing that point.

Industry representatives agreed with Califf that an understanding of both PK and PD data are essential to including older adults in trials. Paul Goldsmith, research fellow in clinical pharmacology for Eli Lilly, said the industry doesn’t have an understanding of the prevalence of disease and details within the elderly population that they need to study in later pivotal trials. “We should see whether we can do these earlier PK predictions and understand safety, so that we can actually get to these prevalence-based trials when we come to the pivotal studies,” Goldsmith says.

But those aren’t the only issues in including older adults in trials. “We get to the point where we’re starting our pivotal trials and we open up the age to include these patients, but we exclude them through other smaller issues within the protocols and within the way that we step up the studies. If we had a better understanding of our risk benefit before we got to that stage, then we might be more open to having wider inclusion/exclusion criteria — allowing expansion of the informed consent forms and allowing patients in elderly populations with comorbidities, polypharmacy and various other issues to be included in the study.”

Cailiff discussed the carrot-and-stick approach that was implemented two decades ago to get sponsors to increase the study of drugs in children. The FDA went to Congress to ask for legislative help. The result was the Best Pharmaceuticals for Children Act (BPCA) and the Pediatric Research Equity Act (PREA). BPCA, which became law in 2002, provides additional marketing exclusivity incentives to sponsors who voluntarily complete pediatric clinical studies, while PREA gives the FDA the authority to require pediatric studies in certain drugs and biological products.

But not everyone from the industry believes incentives are necessary and dispute the notion that older people aren’t participating in clinical trials. “In our view, unlike the pediatric situation, the older adult population is often a large part of the target population,” says Sebastian Haertter, clinical pharmacology expert for Boehringer Ingelheim. “It is within the sponsor’s interest to include these patients in the clinical development. Therefore, it may not be necessary to have an additional incentive or penalty framework.”

A recent analysis of industry-sponsored phase 3 trials indicates that one factor should be removed from the list of those contributing to the problem: inclusion/exclusion criteria. Jack Cook, vice president for clinical pharmacology in the Global Innovative Business Unit at Pfizer, presented data from a study of trials listed on ClinicalTrials.gov that were launched or scheduled to launch between Jan. 1, 2010, and Dec. 31, 2021, a total of 10,676 trials.

The analysis, conducted on behalf of the biopharmaceutical trade association IQ Consortium, was narrowed further to exclude trials where the upper age limit was 18 years and total enrollment was less than 50 — for a total of 8,702 clinical trials studied. Of those 8,702 clinical trials, 60.8 percent had no age limit. “The conclusion drawn from this is that inclusion/exclusion criteria for age may not be the problem,” Cook said. “Rather, the problem may be with other hurdles for participation if we’re not getting in enough elderly into trials,” Cook said.

Cook said IQ performed a second survey to confirm the findings of the first. For the second survey, analysts looked at 51 trials sponsored by IQ members for a host of indications and found that 38 trials (74 percent) had no age restrictions within their protocols. Of the remaining 12 trials, five were dedicated to studying older adults that collectively included four age ceilings — at 40, 65, 70 and 75 years or older — while eight trials had three age ceilings at 75, 80 or 99 years or younger. Forty-four trials (86 percent) reported they had a participant aged 75 or older. “This confirms that we don’t have restrictions of age in most of our trials,” Cook said. “We don’t often find, at least with the data collected, that age in and of itself is an important factor in the safety efficacy analysis.”

Haertter added that even though IQ’s assessment was limited in scope, “we haven’t found age restrictions per protocol being common. What is probably more important is that there are additional factors which hamper the inclusion of an older adult population and that may be additional exclusion criteria — such as issues with organ function or screening failures — along with mistrust or other related issues with the informed consent.” Haertter added that in general PK doesn’t appear to be a problem and said age-related dosing recommendations are also not common.

Califf echoed Haertter’s point, saying, “The fact that we really don’t have age exclusion now in most protocols doesn’t fix the problem because people are being excluded for other reasons, some of which are access, and I’m sure many of which are comorbidities,” he says.

Cook concurred. “We can do a lot of things to be more friendly to these subpopulations, to try to increase enrollment and be more expansive. It’s probably going to take some changes — not only in trial conduct, but trial analysis and analysis plans. We want to be able, if we need to adjust the dose in a certain population, to be able to include them in a matching exposure category. We don’t have to exclude that person from the analysis.”

The pandemic has contributed to understanding how sites can manage older adults in clinical trials, said Munir Pirmohamed, the National Health Service chair of pharmacogenetics at the University of Liverpool. Pirmohamed pointed to the success of the UK’s adaptive RECOVERY trial, which recruited about 39,000 people — of whom 47 percent were aged 65 of older and 8 percent were over age 85. He adds that 64 percent to 75 percent of the RECOVERY trial participants age 65 or older had one or more comorbidities.

Similar patterns were observed in the other five conditions — with a large pool of available trial participants in the early-age categories but decreasing as age increased, coupled with inverse numbers in prevalence data.

In conclusion, Califf last week also suggested the FDA create an office or a working group and partner with the National Institute on Aging and the Centers for Medicare & Medicaid Services on trying to increase enrollment of older trial participants. “I think it would be good to form an FDA office, whether it’s put together with other special populations or separate,” he says.